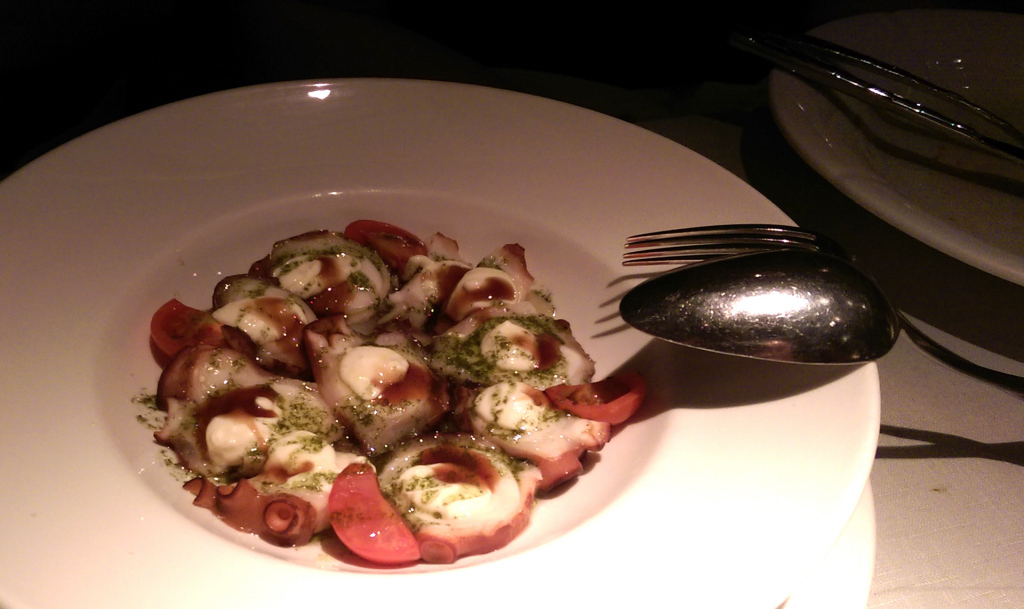 On Saturday night we ate at Madrid’s place to be seen – Ten Con Ten. My friend suggested and booked this restaurant months ago and while I trusted her to recommend the best of Madrid to us, we were all pretty excited when the restaurant also popped up on Oliva Palermo’s blog post a few weeks later – clearly we were on the right track!

Our table was in the airy conservatory resplendent with fairy lights and indoor trees. The packed restaurant buzzed with atmosphere and, unlike our previous Madrid dining experience, it was so clear that everyone was enjoying their meals and the company in which they were eating.

We ordered a la carte which, with a menu like this which has so many delicious looking options, opened up ample opportunity for the dreaded food envy.  (I’m aware that this probably sounds unbelievably spoilt but I think I have come to love a tasting menu as much for the fact that it means I have to make fewer choices as that you get a wide variety of dishes, often including the restaurant’s signature dish).

Panic over ordering over we settled in with a cocktail and some delicious bread.  I’m glad to say that for once I didn’t commit bread suicide as the main fodder of our meal was worth saving room for. 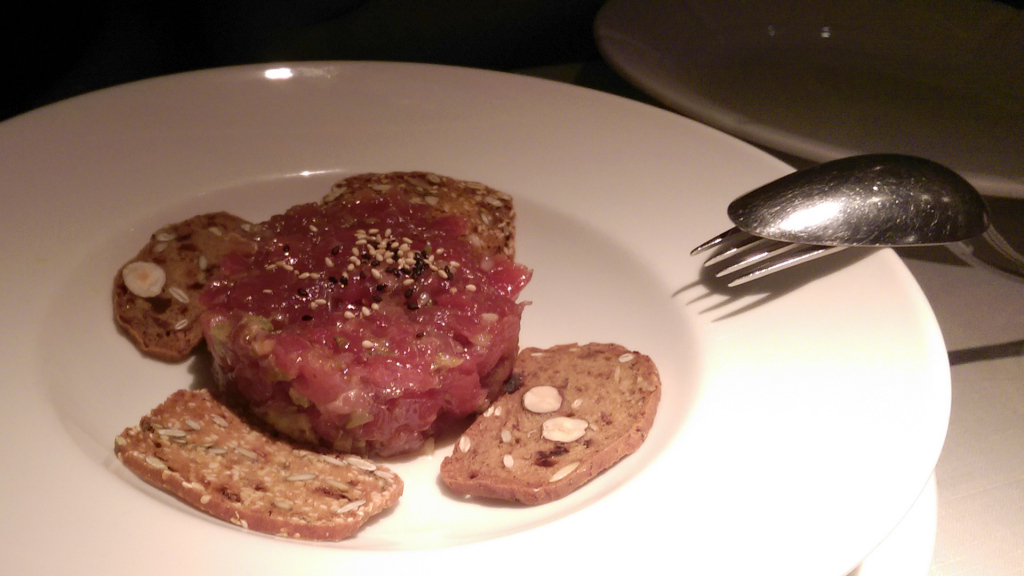 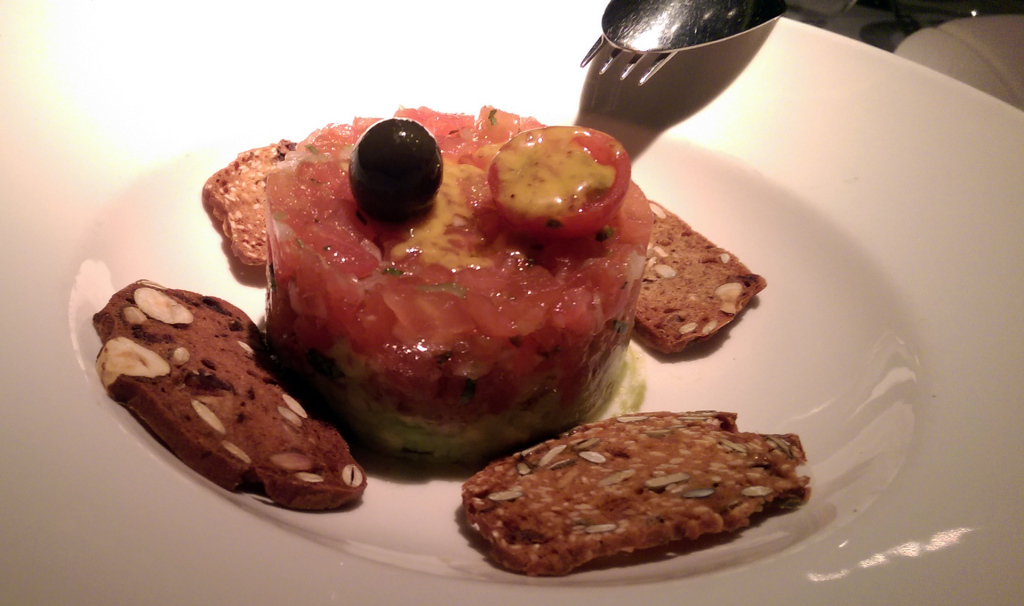 and some seriously succulent octopus (which takes centre stage above).

These were all sensational – the tomato and avocado tartare in particular.  The tomatoes were sweet and juicy and so full of flavour that I was pretty sad I’d agreed to share! And while the tuna tartare was nothing on the tuna I have eaten in the past it was very tasty (and dare I say it better than the famous tuna tartare at Michael Mina in Las Vegas – more here).

For my main, on the recommendation of the waiter, I opted for ray wing with a pink peppercorn sauce. 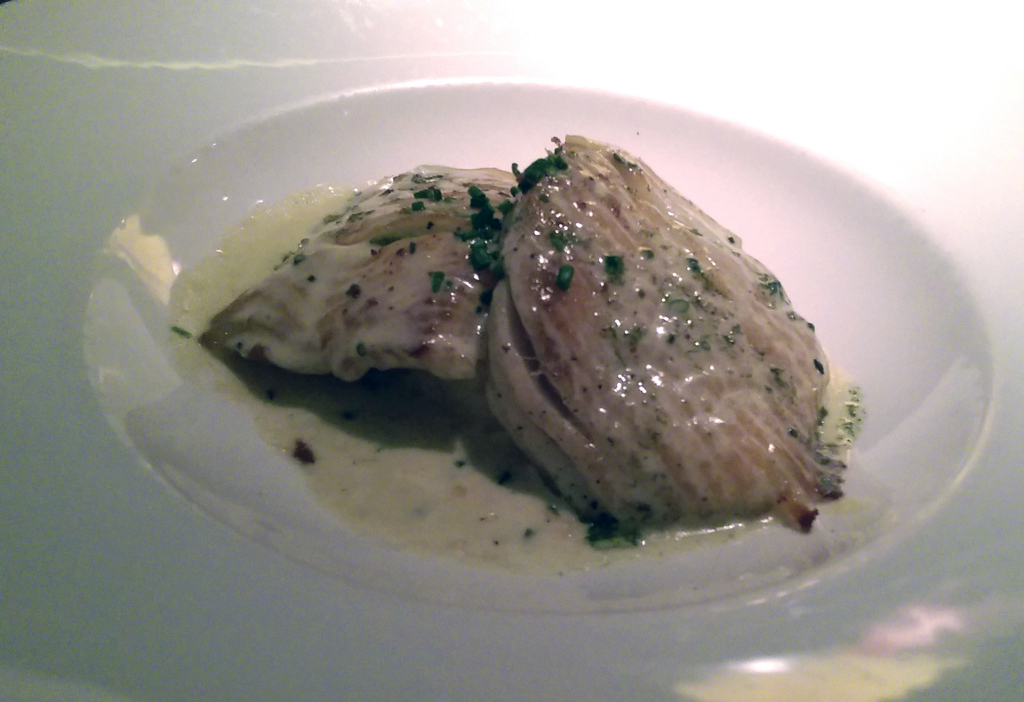 The fish was really well cooked – flaking off easily but retaining the much needed moisture.  The sauce lacked the piquancy I would have liked however and was really just a buttery sauce.

I think the theme of this weekend was my choosing a chocolatey pudding that let me down.  I was very excited to have a portion of dark chocolate mousse (it was in fact the only choice I was pretty certain of when ordering!) Clearly something got lost in translation however as what I received wasn’t so much chocolate mousse but mushed up chocolate pudding. 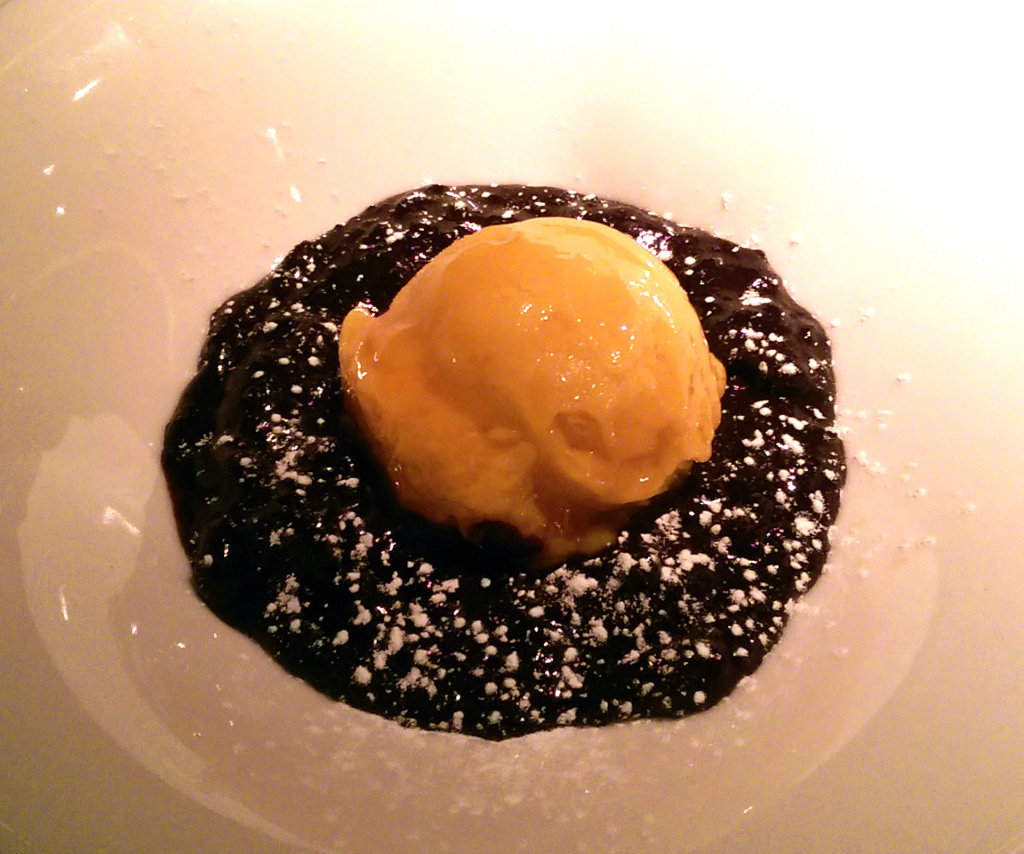 While it didn’t taste bad it definitely wasn’t the pudding I was expecting and I’m still not sure that the sponge wasn’t exactly the same as that I used to get served back at school (complete with the same packaged chocolate sauce!)

Pudding disaster aside, we had a great meal at Ten Con Ten but I think I learnt my lesson that it’s probably best to stick to the simple dishes using great, local ingredients that the Spanish do so well.