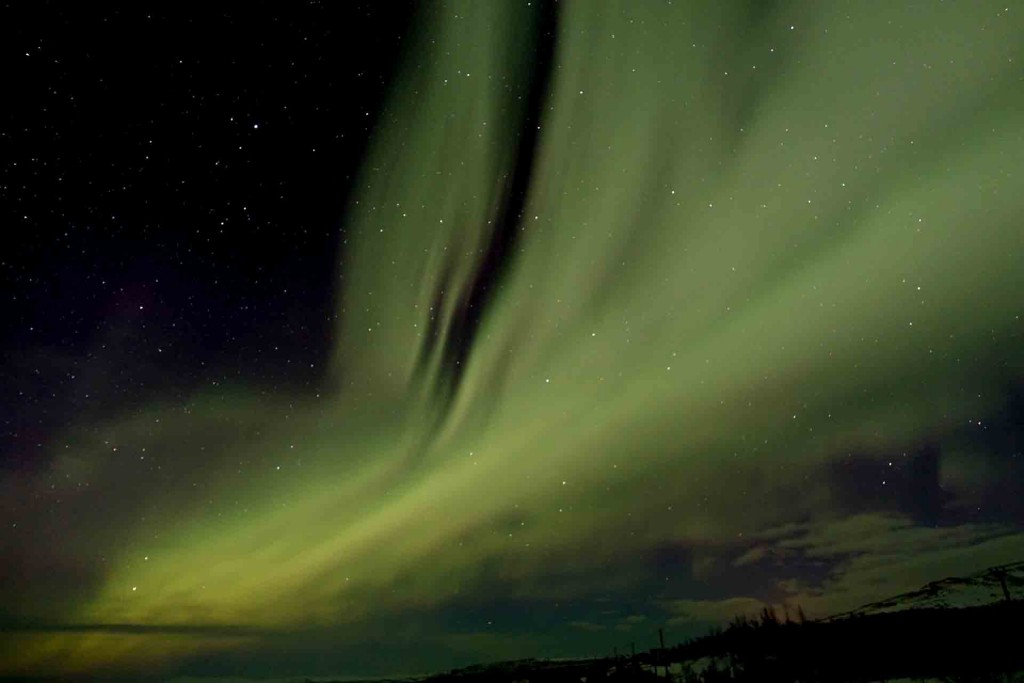 As I mentioned last week, I ticked off two of my mega bucket list items in March, the second of which was the aurora or the Northern Lights! As we knew that seeing the Northern Lights always involves an element of chance we decided not to revolve our holiday around it but to (a) focus on Stockholm (see more on Stockholm in this post) and (b) get a nice hotel in Kiruna so that we would be otherwise distracted if the particles didn’t come out to dance. But we were lucky enough to get the best of both worlds

We stayed at Camp Ripan on the edge of Kiruna and I would really recommend this hotel. Guests each have their own cabin and while they aren’t the epitome of luxury they are very comfortable and more importantly very warm! The idea is that generally you don’t spend much time in your room in any event as the Camp offer loads of different activities (from cross-country skiing, to dog-sledding to skidoo-ing as well as various Northern Lights tours) and have a wonderful spa and restaurant.

Pretty soon after our arrival we made a trip to the spa complex. 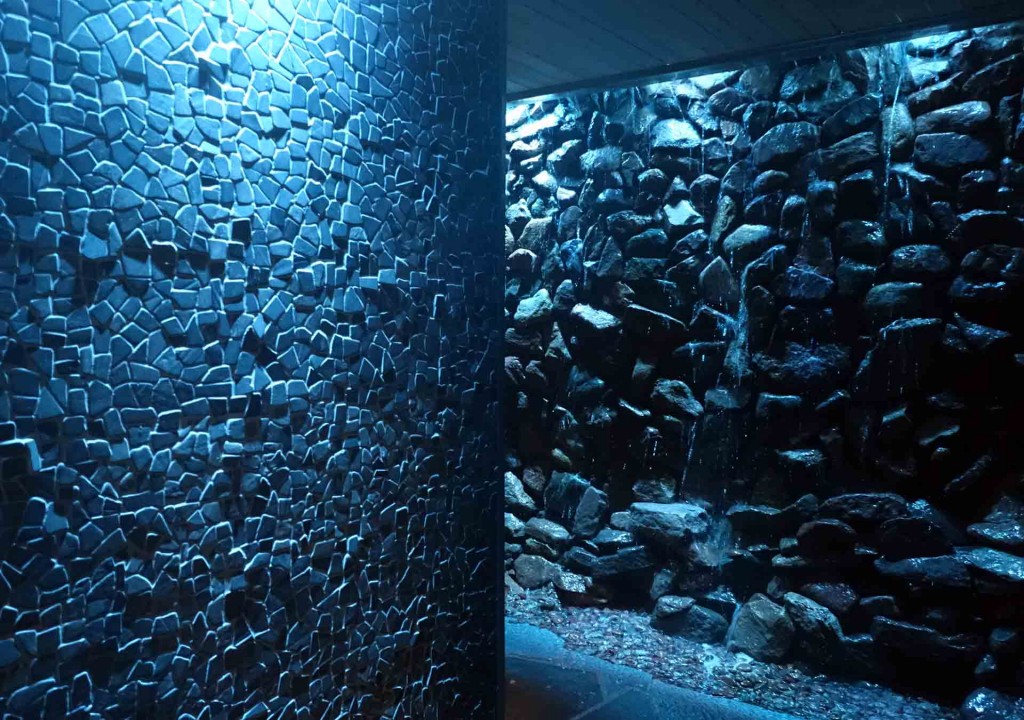 Offering all manner of saunas, ice buckets and thermal pools as well as a bar this is a great place to while away an afternoon. 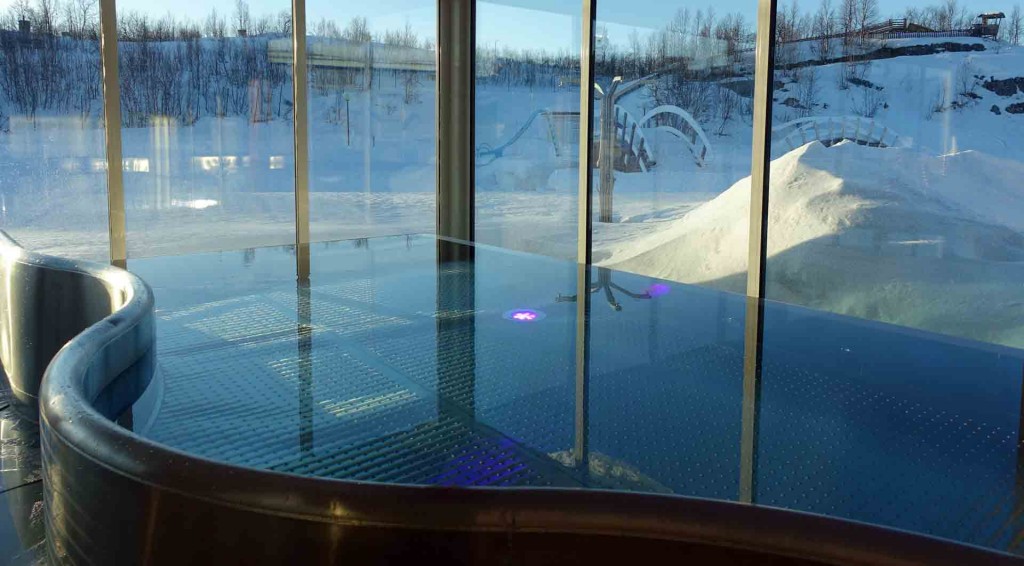 We particularly loved the outside pool where you can sit in the warmth with snow all around you. 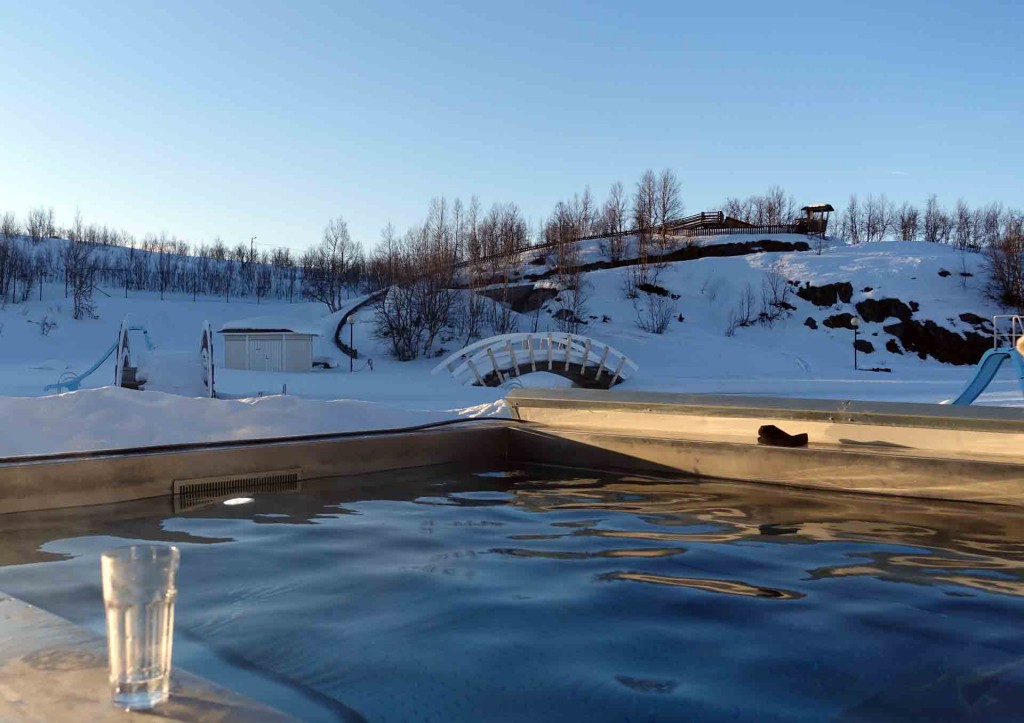 The spa is open until pretty late at night and so you could even wallow in the warmth looking at the aurora if you are really lucky.

Before dinner we jumped in our car and drove for about forty minutes to the Ice Hotel for a drink. 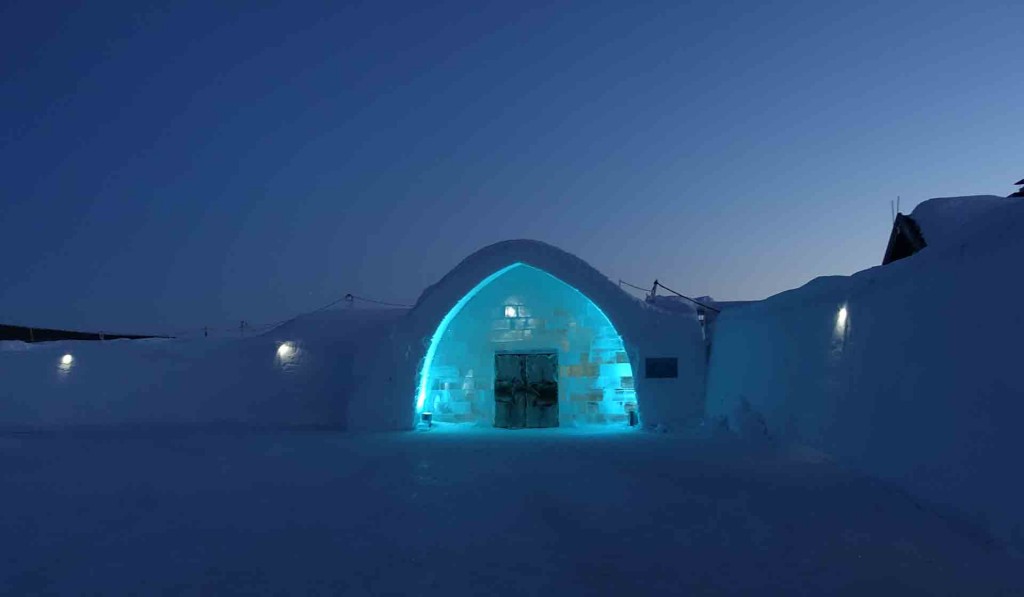 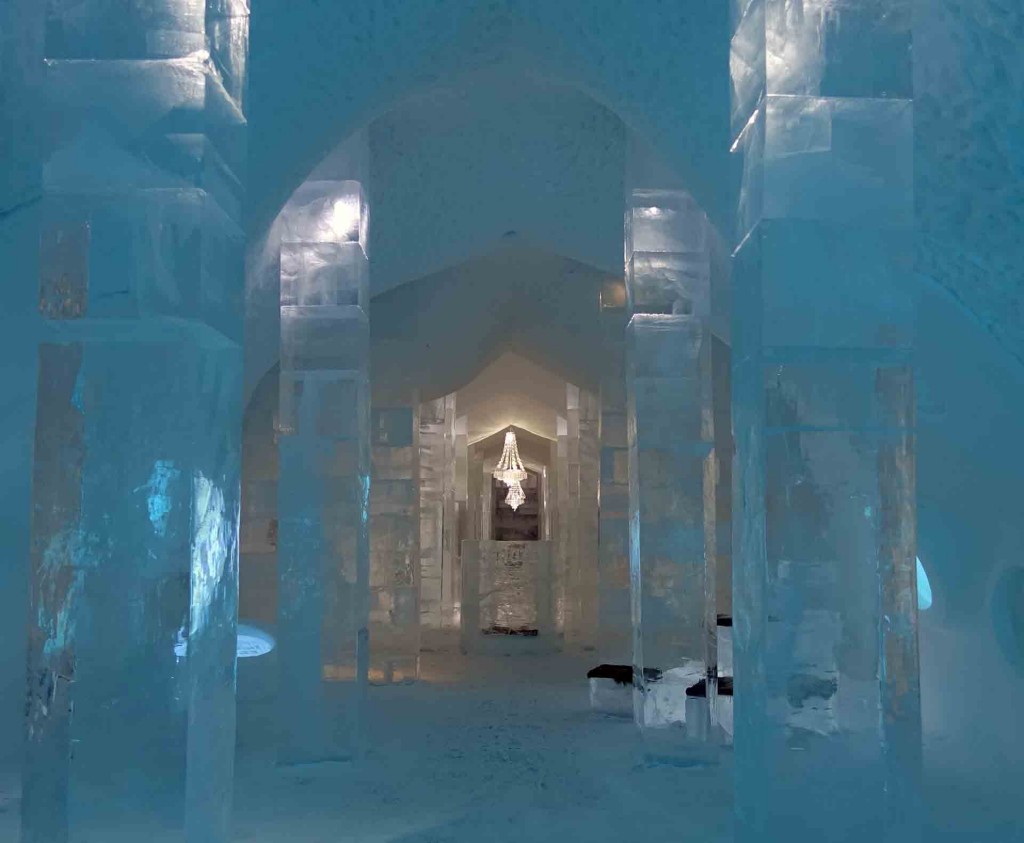 Pretty impressive! I think if I was there again I would definitely make time to go and see the full hotel. We then settled into the bar for a cocktail or two…served in ice glasses, naturally. 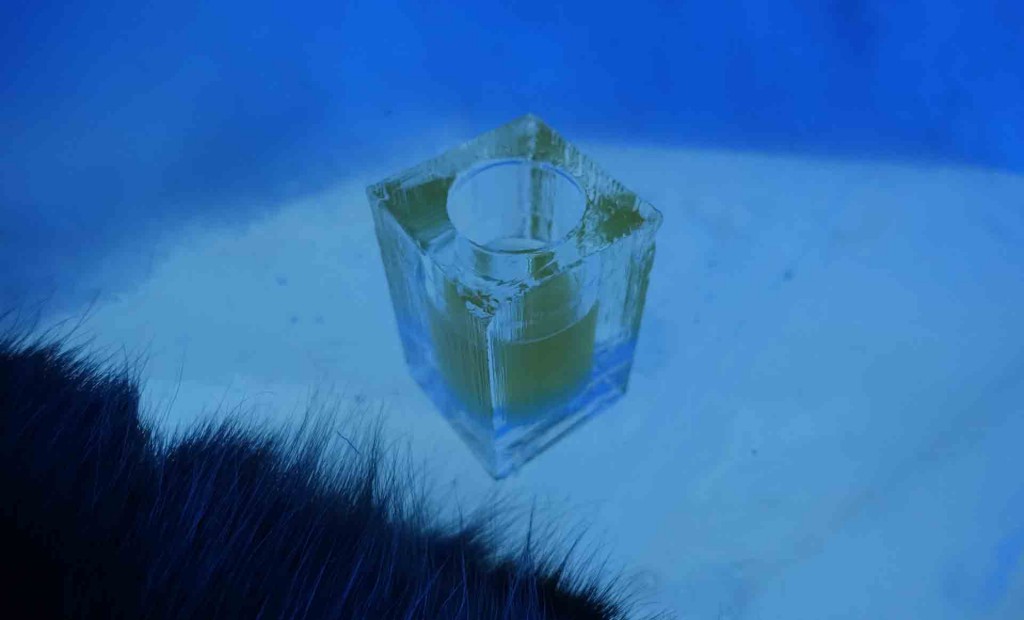 I’ve been to the Ice bar in London but this was a whole new experience. 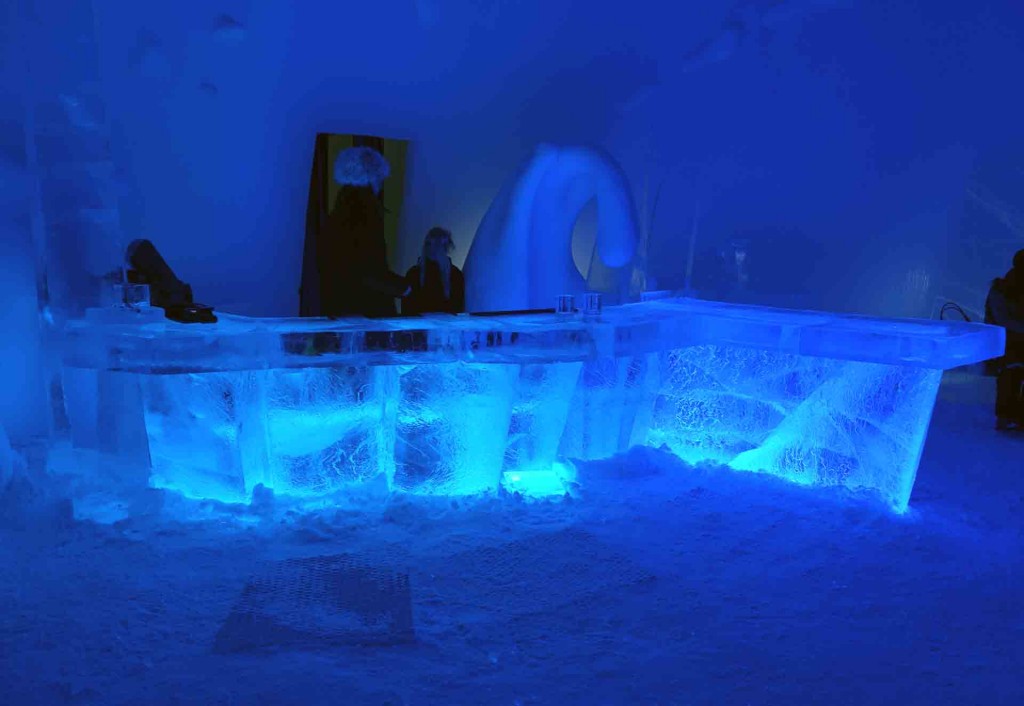 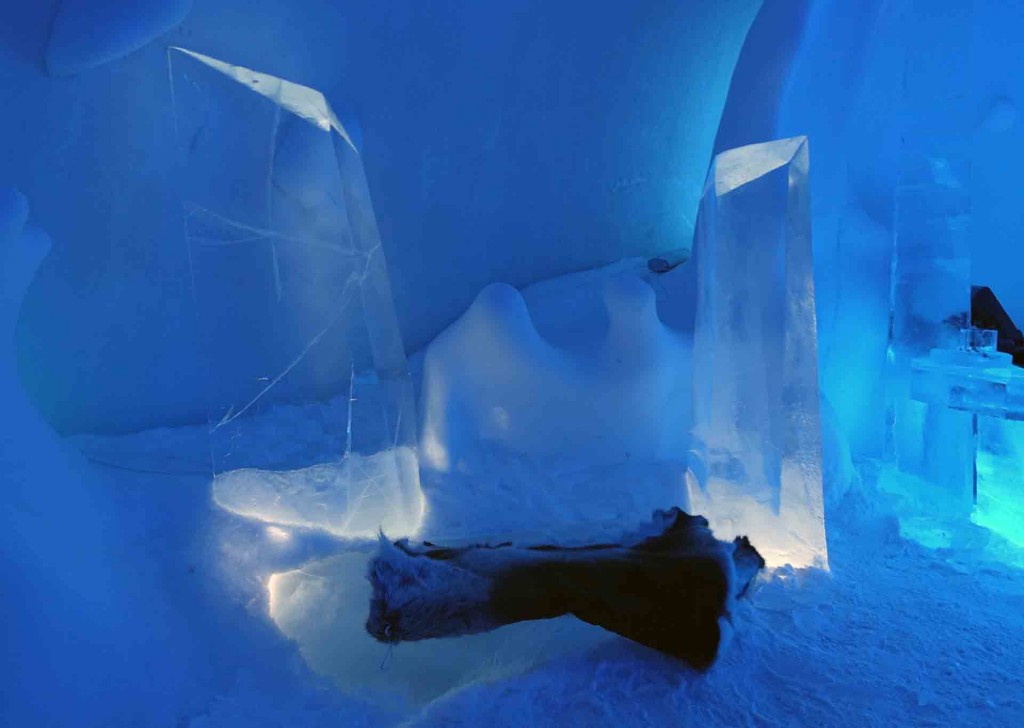 The bar was beautiful but after a couple of drinks I needed to get back in the car to warm up!

After a delicious dinner in our hotel restaurant, we jumped back in the car and headed for the Aurora Sky Station. The Aurora Sky Station is situated in Abisko National Park which has its own micro-climate; this supposedly means that you are more likely to see the Northern Lights in Abisko than anywhere else in the area. One of the managers at the Sky Station told me that you have a 70% chance of seeing the Northern Lights there during the winter months. As it turns out we could see them from the road as we drove up to Abisko… 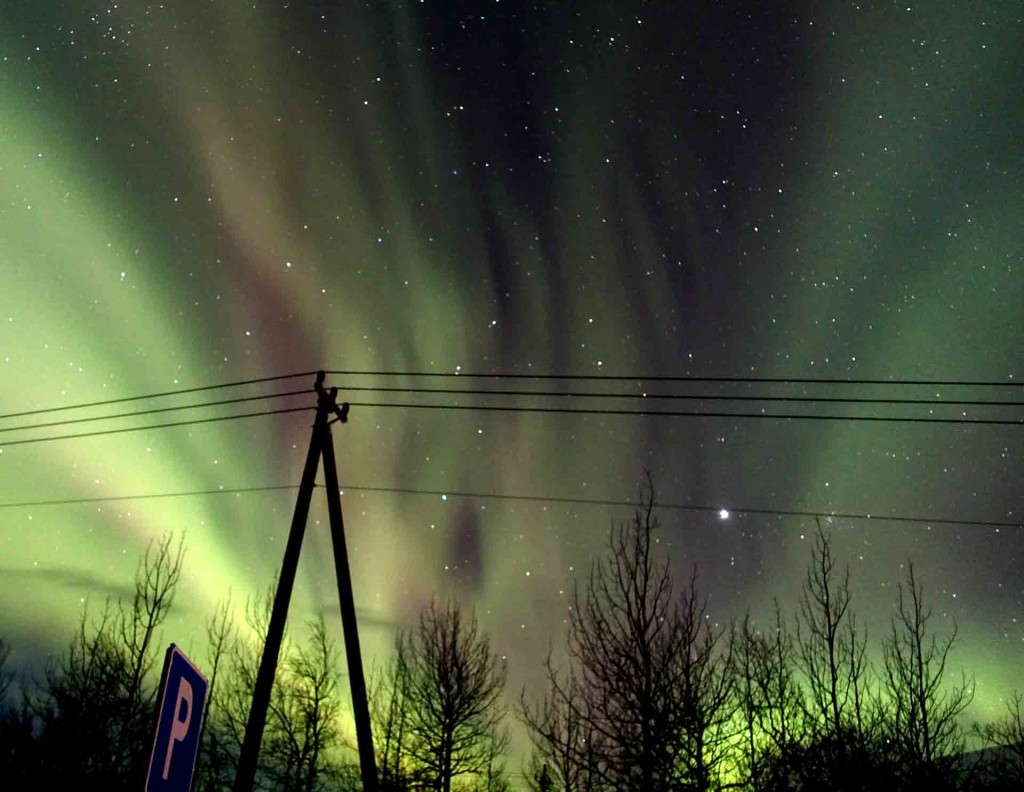 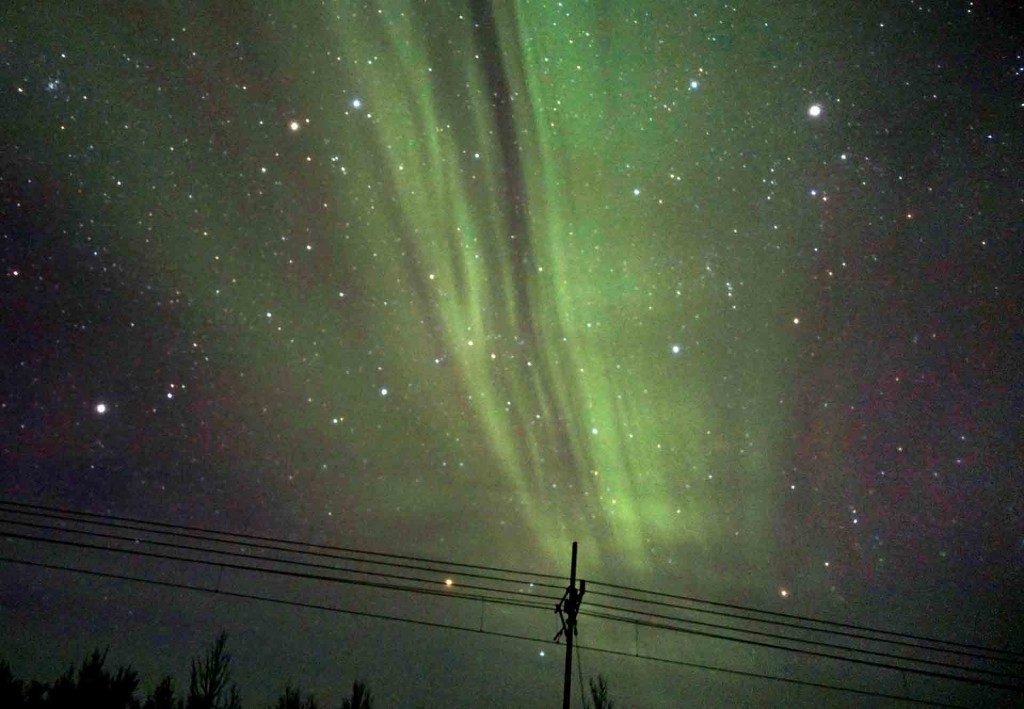 And as we sat on the (twenty minute) chairlift up to the Sky Station the lights were dancing around like crazy – it was the most amazing sight and as we were moving too fast to be able to take photos it was a great opportunity to just truly take them in.

We arrived up just in time to see the end of the show which my amateur photography skills can’t even begin to capture. 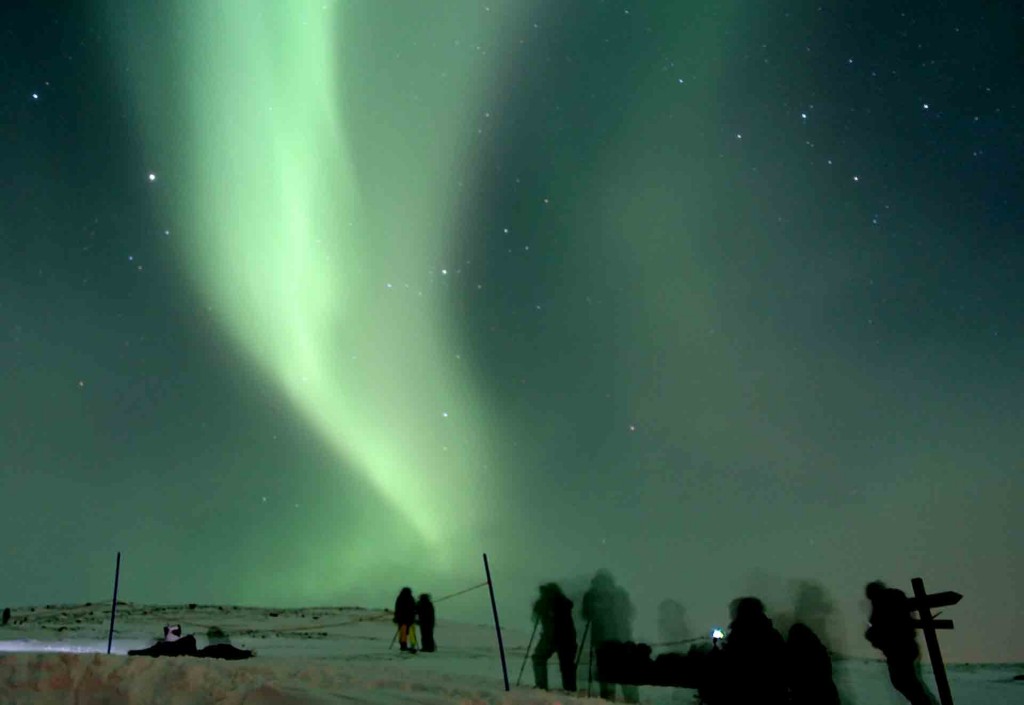 And then warmed ourselves up with a fika inside where we learnt that just a few days before had been the most active the Aurora had been in around a decade so we really were lucky with our timing.

We waited around for a bit for another blast of activity but as the snow started falling quite heavily decided to give up and catch the lift back down the mountain. Although we were pleasantly surrounded by the lights throughout our drive back. 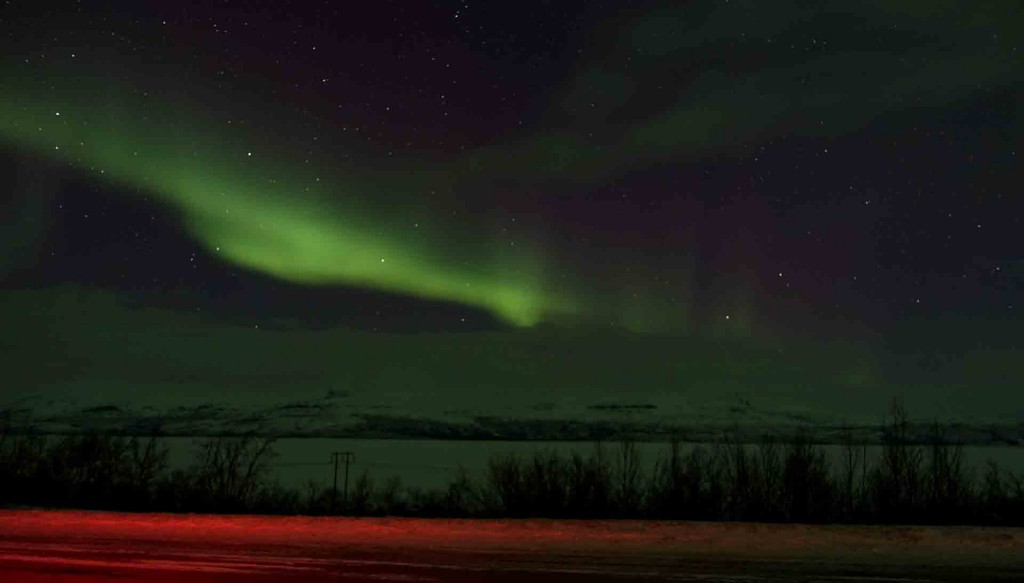 I won’t even pretend to understand or try to explain the phenomena of the Northern Lights. They are truly captivating and I’m so glad that I have had the chance to see them in action. I would definitely recommend Kiruna as a place to go and try to see the Northern Lights (as there are a lot of other things to do in the area) and making the trip to the Aurora Sky Station to maximise your chances if your heart is set on watching the dancing particles (which you can do independently as we did rather than as part of a tour (tickets here) but you will need your own car).