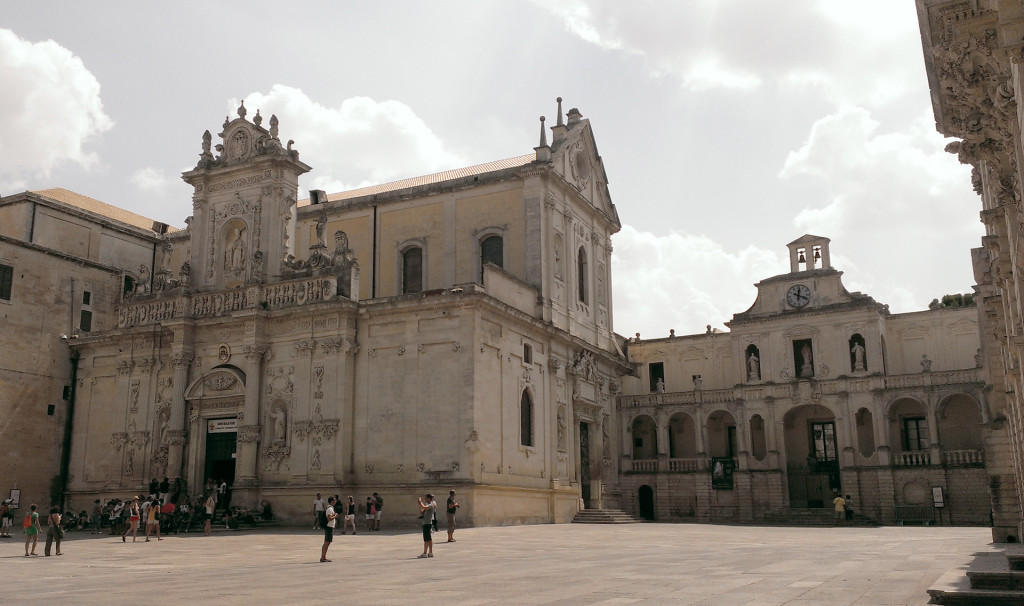 Puglia is one of the less usual destinations for Brits in Italy but we decided to try and brush up our very rudimentary Italian and head to the heel of the country to check out the abundance of history, beaches and food it has on offer.  First stop Lecce…

Lecce, known as the ‘Florence of the South’, is a stunning town two hours or so by train from Bari airport (handily serviced by a few budget airlines nowadays).  It’s easy to see why the town has earned its reputation…the city centre boasts an abundance of Baroque-style buildings covered with beautiful embellishment. 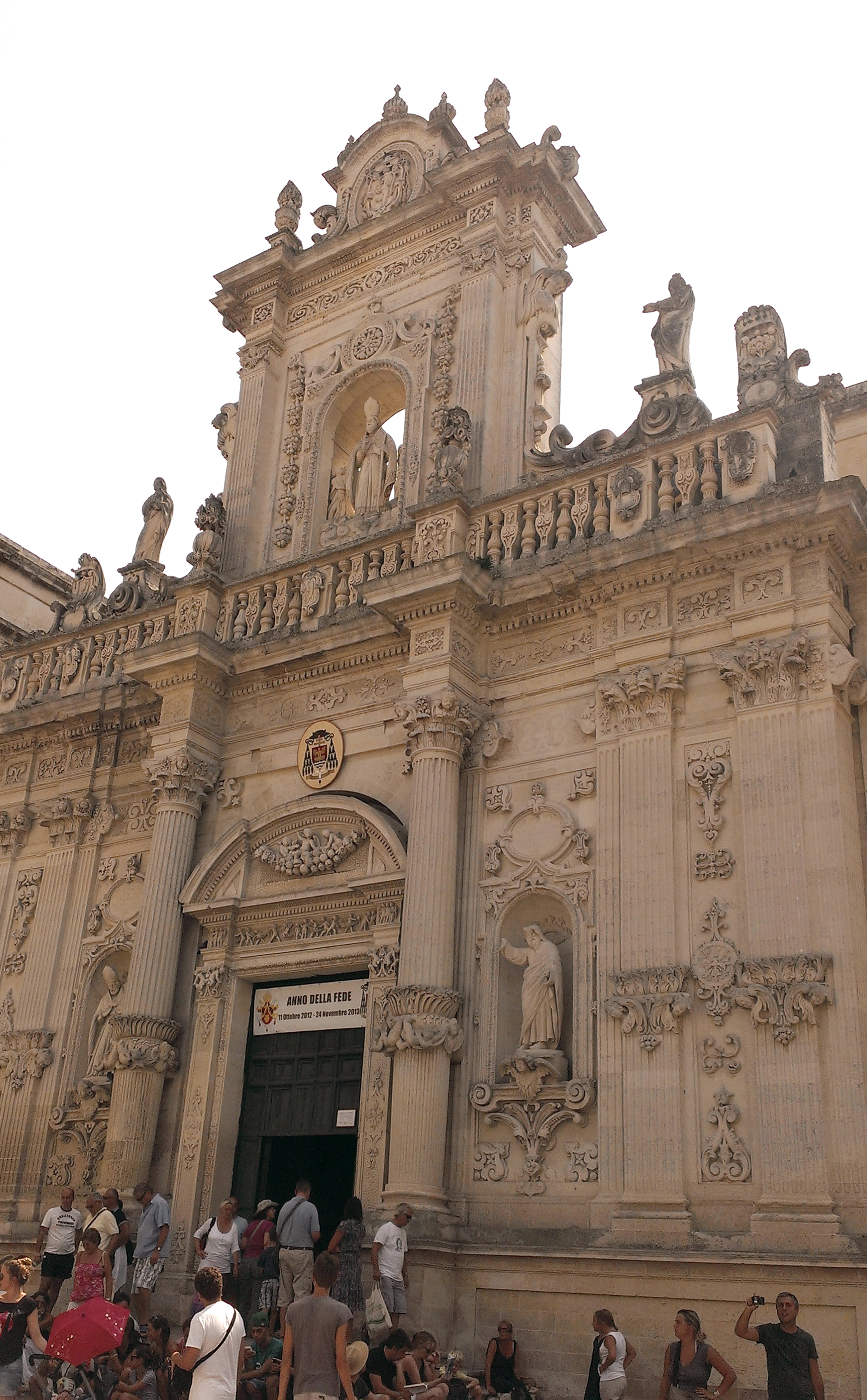 You could wander for hours around the streets, stumbling across beautiful buildings and hidden courtyards but the Piazza del Duomo (pic at the top) was particularly beautiful and a good place to start.

Lecce has a really rich history and so, as well as the rich Baroque buildings throughout the city, you also stumble across some even more ancient architecture.  Like the half-buried Roman amphitheatre (dating from the 2nd century) located right in the centre of the city. 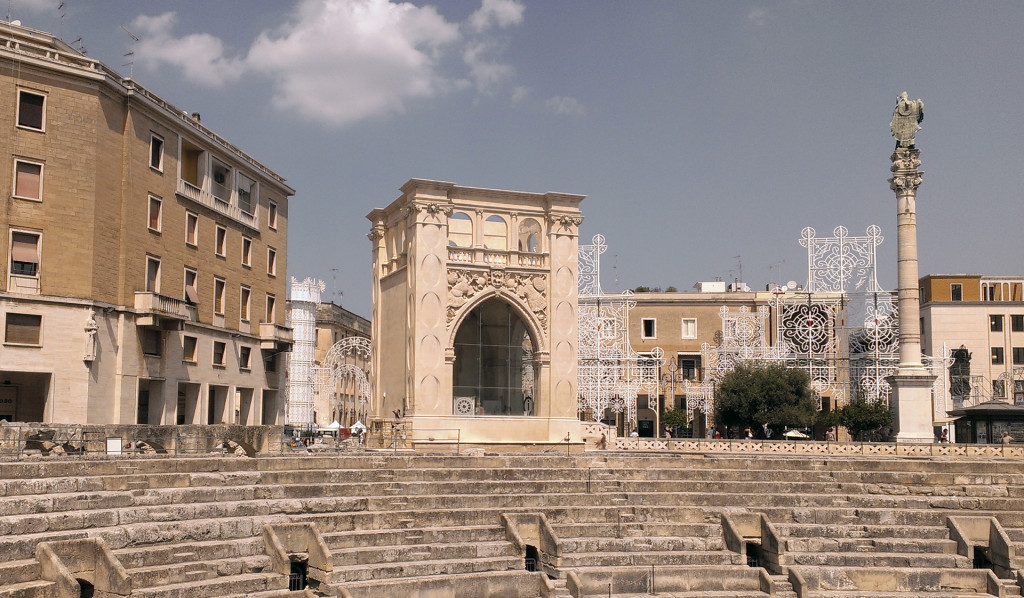 And other hidden nooks and crannies that hint at the long history of the town. 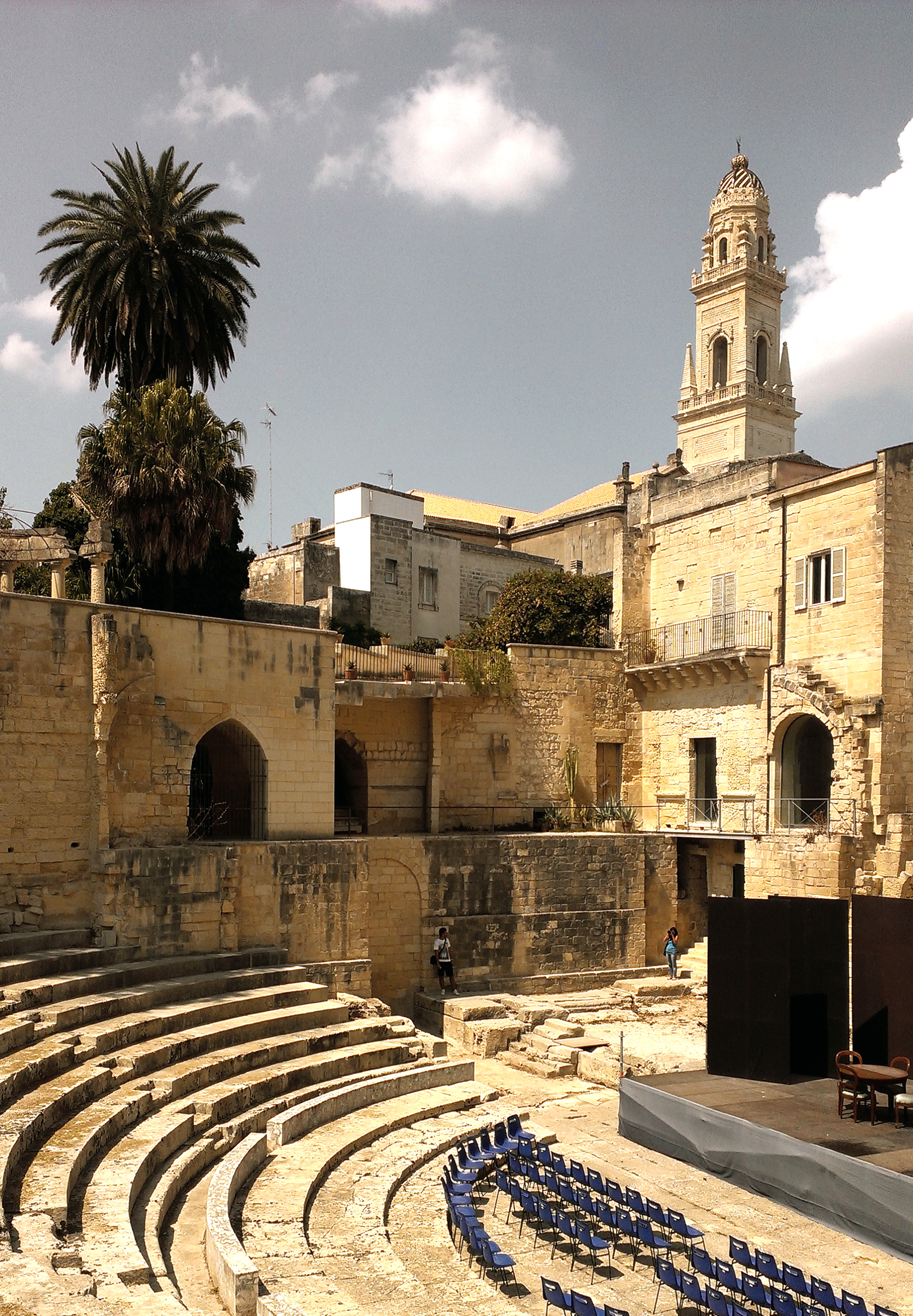 Lecce is definitely worth a full day’s sight seeing but handily, given the August heat, there are abundant cafes to stop at and cool off with an aperol spritz or two….

By a stroke of luck our visit to Lecce coincided with the Sant’Oronzo festival (or the night of lights and symphonies). 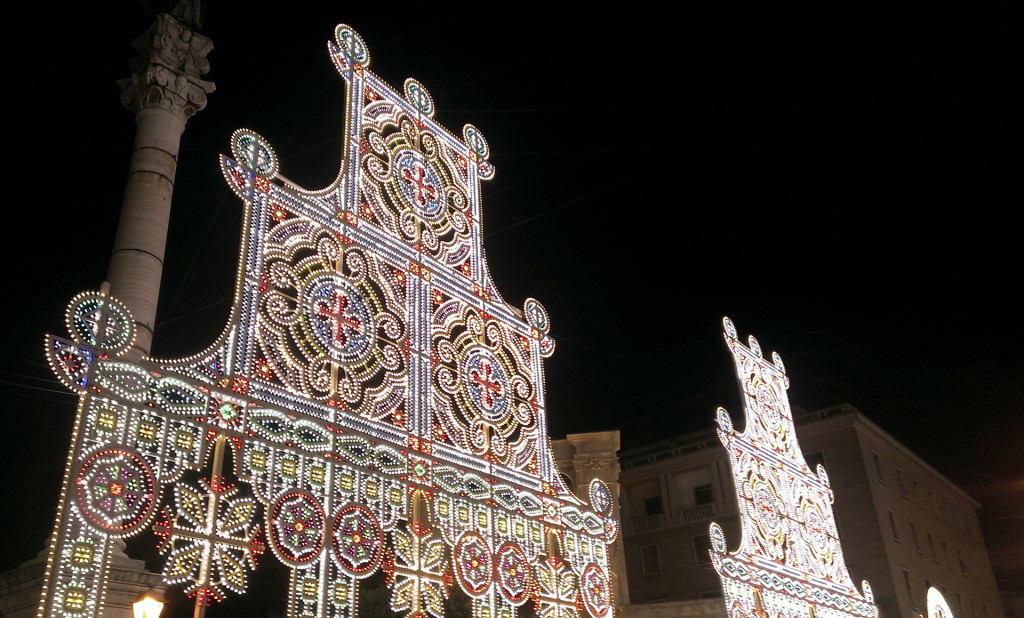 As part of the festival elaborate light displays lit up the streets and there were free live concerts and opera throughout the city (both out in the open and within the beautiful buildings). 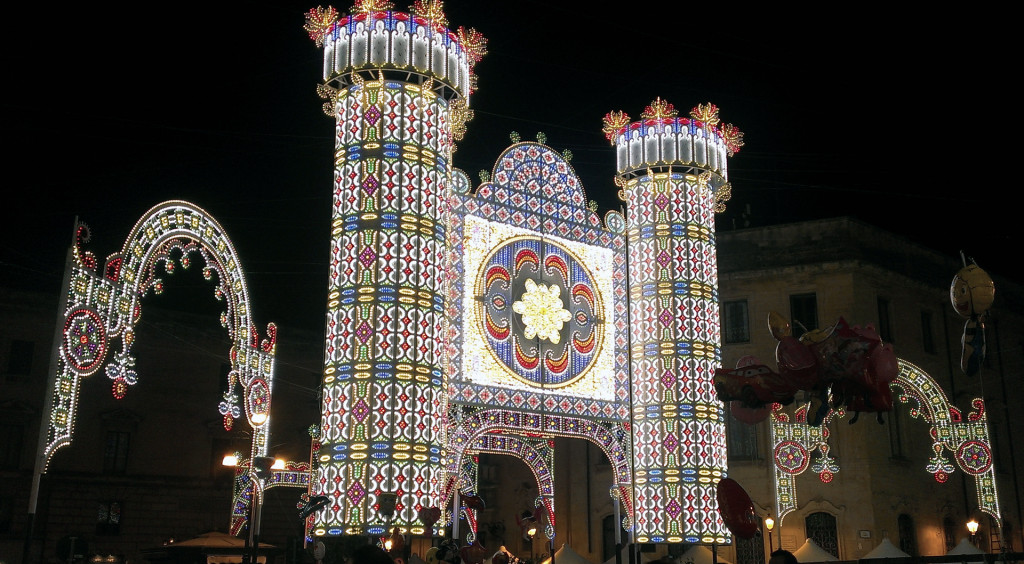 I was mesmerised by the amazing light displays.  And we had such a wonderful evening soaking in the buzzing atmosphere and culture; I would definitely aim to coincide a visit with this festival if I head back to the region.