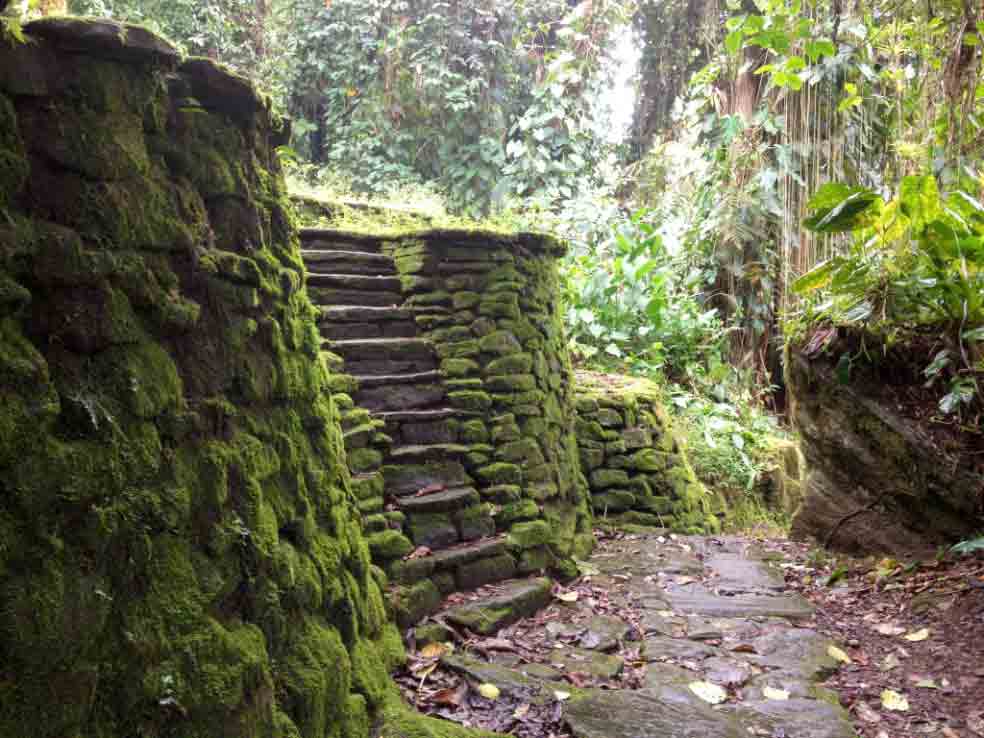 Following a very relaxing week on the heavenly Caribbean island of Providencia (more here) we shocked ourselves back into reality with an arduous but incredible trip to Ciudad Perdida, or the Lost City, a ancient archeological site I’d been longing to visit since my trip to Machu Picchu some time a go.

Ciudad Perdida is estimated to have been founded in around AD660 and compared to its more famous Peruvian counterpart, Machu Picchu, it feels a bit more undiscovered and less touristy. The only way to get to Ciudad Perdida is to trek through the jungle and after that you still have to climb around 1,200 steps to reach the site (no train option here…) large parts of which are still undiscovered beneath the surrounding jungle.

So the trek itself. Most tours offer a number of options in terms of days but as we wanted to fit as much as possible into our trip we opted for the shortest version – 4 days – using, one of the most reputable companies, Magic Tours. A word or two of advice if I may…there are two things to bear in mind when choosing how long you take on the trek: your fitness and your need for cleanliness and creature comforts.

The trek is difficult, and I’m comparing this to other treks I’ve done such as Mount Kenya, Machu Picchu and the Khangchendzonga trek in Sikkim to give you an idea. Like most treks there are some very steep ups and downs but the constant jungle humidity (which wasn’t a factor on any of the other treks I’ve been on) makes things pretty tiring. There are also rivers to traverse, rock walls to shimmy along, and quite a lot of mud if it is rainy. So in that sense you might want to opt for one of the longer options.

However said humidity means that you are pretty much wet and sweaty all the time and things don’t dry overnight and the paths can get pretty muddy so try as you might you are unlikely to stay clean and sweet smelling! The camps are pretty rudimentary – most of them are hammocks only so you don’t get the best sleep in the world – and there is no electricity. So if you really struggle without a hot shower (or to be honest any shower…we just ended up dunking ourselves in the river at all opportunities) and a soft bed I’d opt for a shorter option.

One further frank word on the trek before I get on to the good points (which in my opinion WAY outweigh the more challenging ones). Before we left we heard word of jumping spiders which almost made me cancel before I even started (I am TERRIFIED of spiders!) Luckily we didn’t see any of those (I’m not sure if they are real or it was just someone pulling my leg) but we did see a fair few snakes…some of which were pretty poisonous. So if you are properly phobic of snakes you might want to give the trek a miss and if you aren’t I’d try to walk with the guides as much as possible just in case. Also, if you bring two things on the trek make it LOTS of mosquito repellant and water purification tablets so you can drink a lot of water to replenish the supplies you will sweat out!

Now all the above makes the trek sounds super arduous but don’t let some frank talking put you off – the trek was seriously satisfying with amazing views throughout, cooling off in the rock pools and fast running rivers was heavenly, 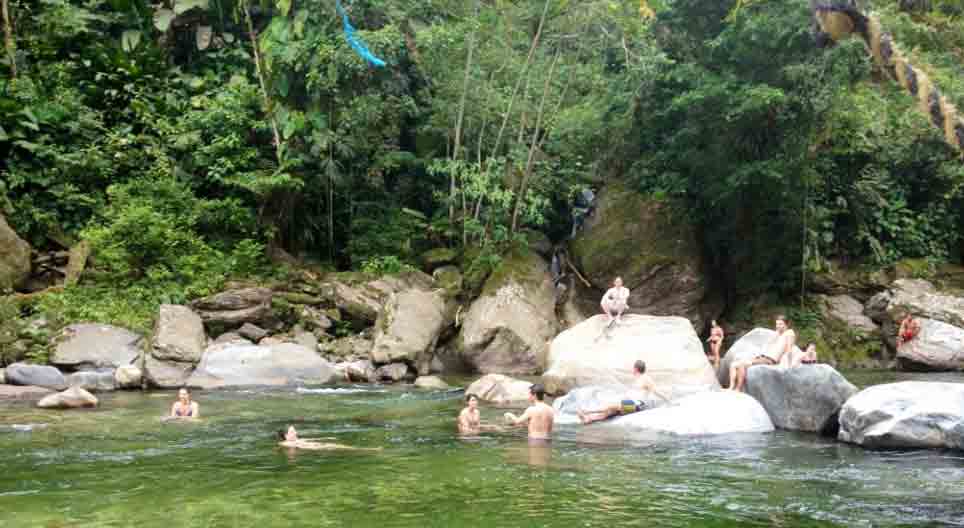 and visiting the local villages fascinating (our guide was local and so full of interesting information). 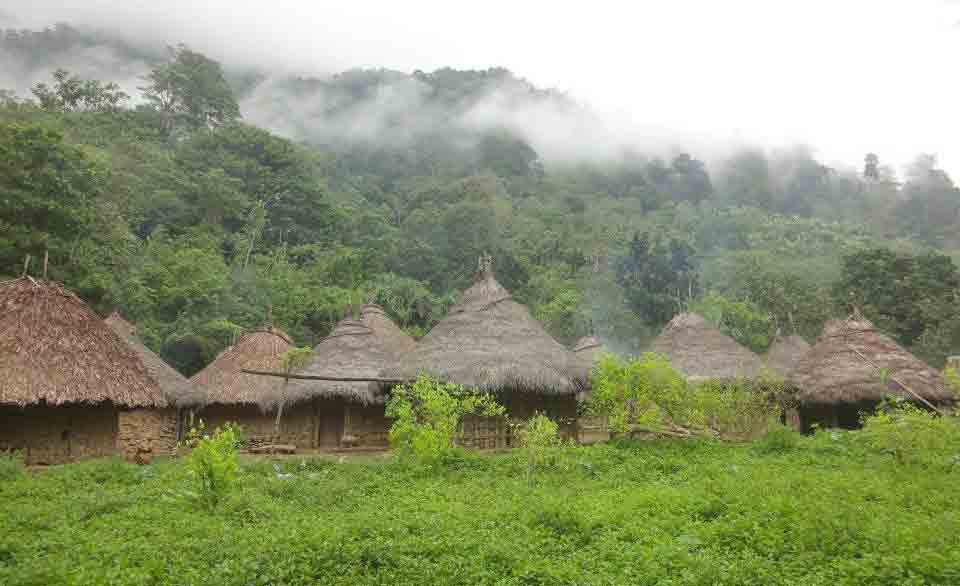 And as for Ciudad Perdida itself. The site was incredible – it has around 169 terraces carved into the mountainside. 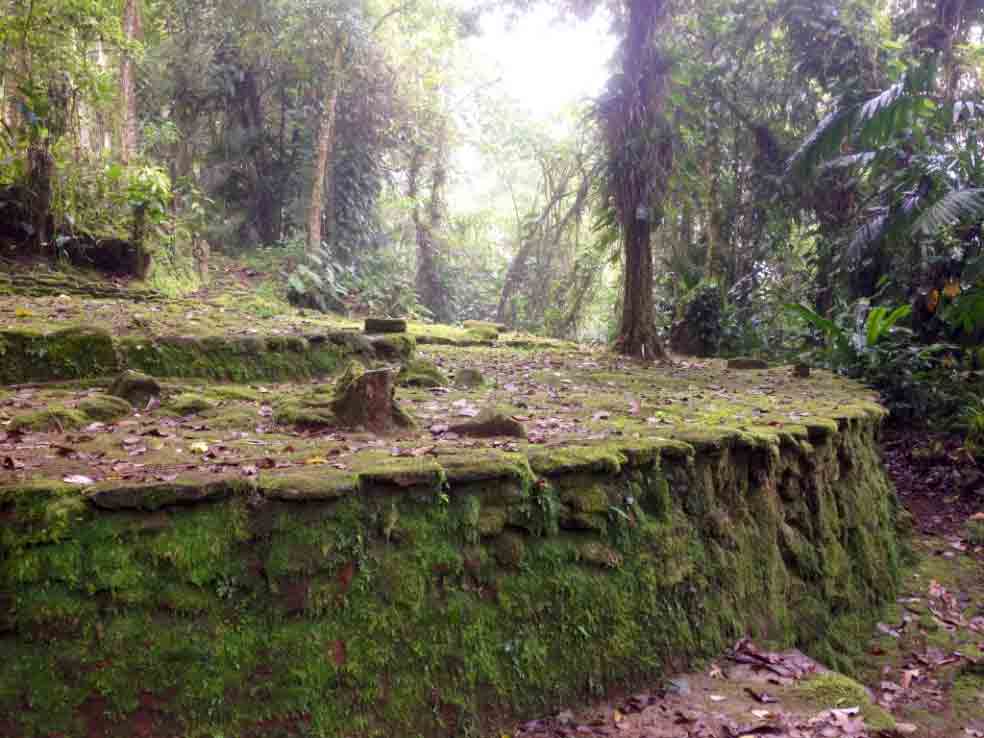 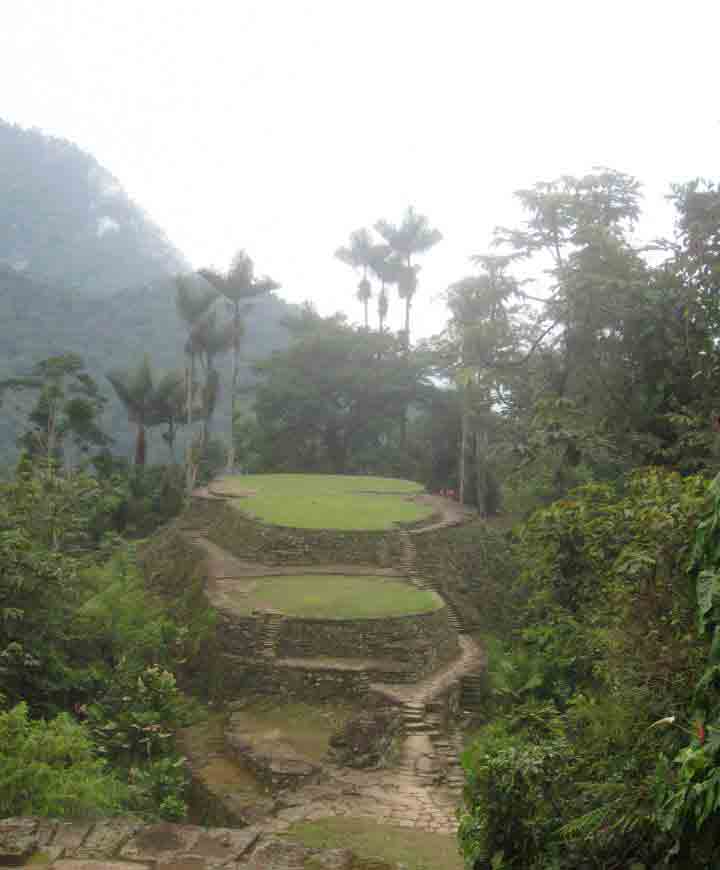 Because the trek is pretty difficult the number of tourists at the site is pretty limited (especially compared with other ancient cities) so, if you can ignore the army presence keeping watch for your safety, it really does feel like you have just stumbled across an ancient lost world hidden within the jungle.

Once we got back to civilisation we spent our first night in a local hostel as we felt like we needed a proper shower before we showed our faces at our next stop…the most luxurious of our trip – Ecohabs. Set right on the beach in the middle of Tayrona National Park Ecohabs is the place to visit if you are looking for an eco-chic retreat in Colombia. 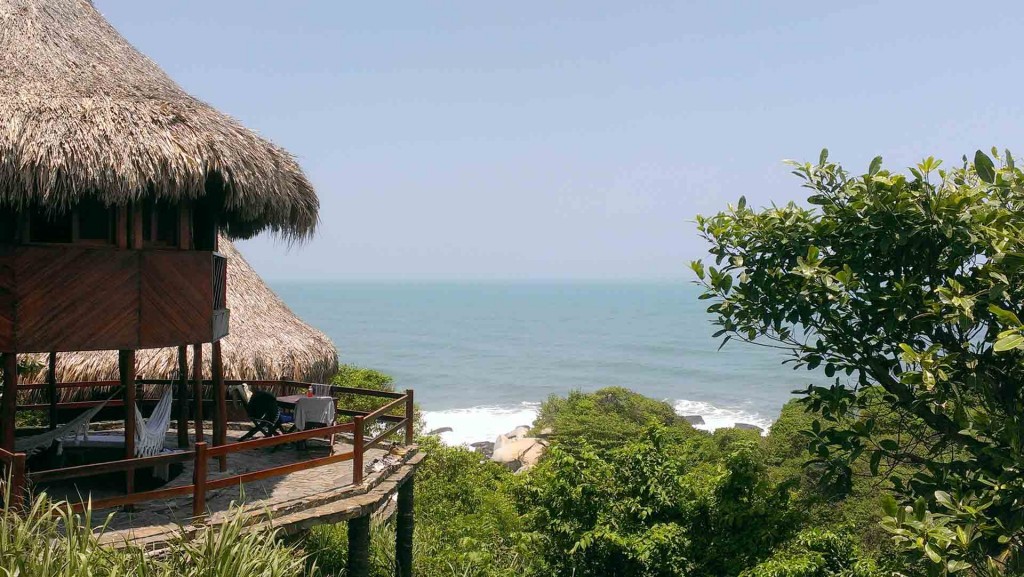 Each bungalow has a really spacious bedroom and its own balcony (complete with hammocks). Ecohabs was the perfect place to relax after the assault we had inflicted on our muscles over the previous four days. It was so comfortable, had a tv (with cable!), incredible smelling toiletries and *THIS* view from our room/balcony 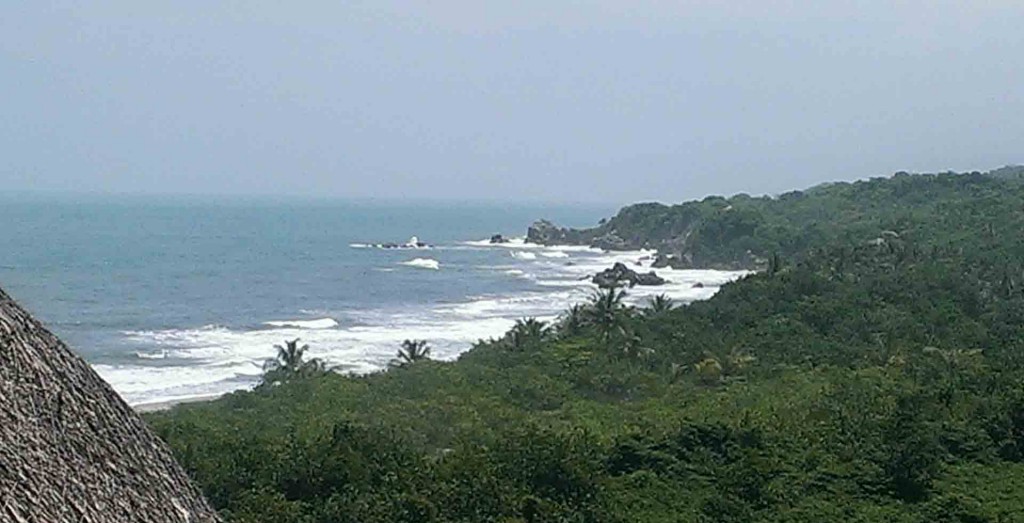 Sadly we had all managed to pick up food poisoning courtesy of the hostel we stayed in after the trek so we didn’t have much energy to explore the National Park. Tayrona is meant to be one of the most stunning National Parks in Colombia…and from what we could see from our room and the beach just below the hotel I imagine those reports are correct. 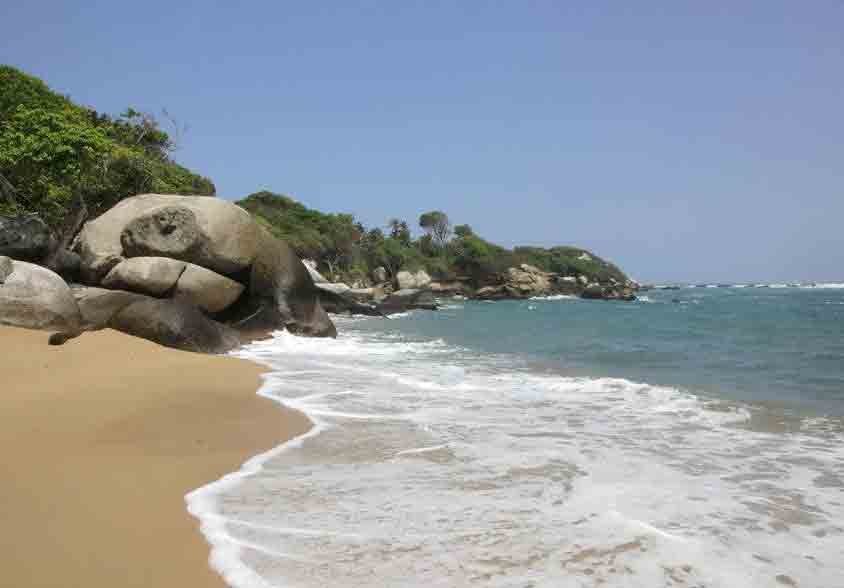 We did, however, feel well enough by our last day to try the hotel restaurant which served up the most amazing breakfast and to sample the massages on offer at the spa. These were unbelievably dreamy especially given our tight and tired muscles.

*A number of photos in this post are courtesy of my fellow trekkers. For more details on the photos please don’t hesitate to email me.