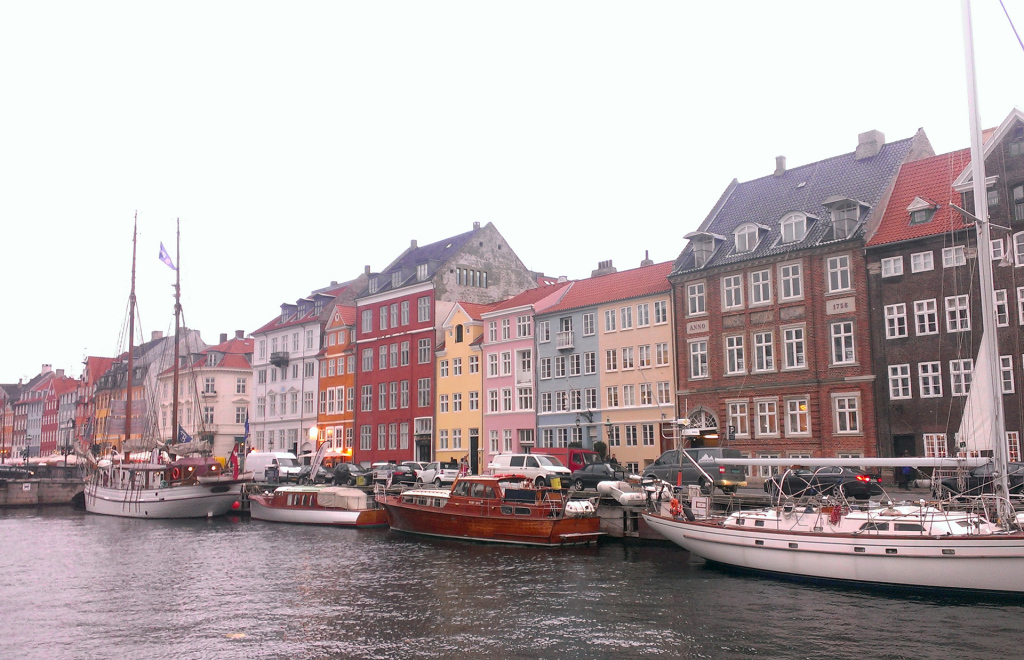 Copenhagen is one of those cities which lends itself to walking…there are beautiful buildings around every corner, great cafes and bars to drop into and shops full of beautifully designed goodies.  One of my favourite things to do on both my trips to Copenhagen was to mooch around and see what I discovered.

There are so many different things to see and do in Copenhagen but I’ll cover my top picks over the course of this post (in no particular order). 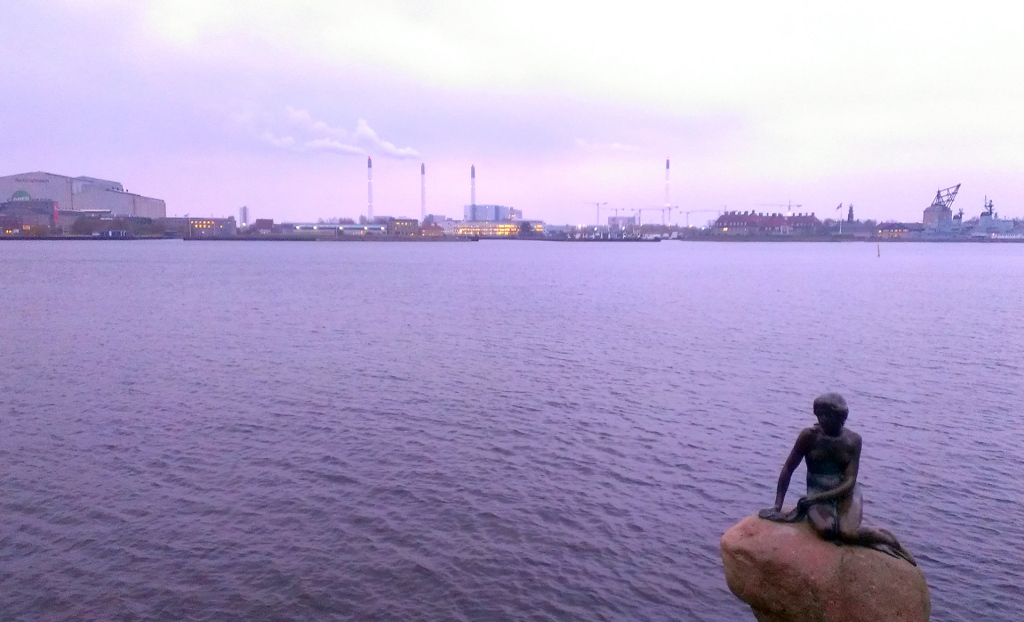 This famous statue, based on the fairytale by Hans Christan Andersen, is situated near Langelinje Pier.  Even though the statue was disappointingly small and surrounded by tourists who all wanted to pose with the Mermaid (making it pretty difficult to get a shot without someone draping over her!) I was glad that we wandered out of our way to see her and I found myself happily humming the Disney soundtrack for the rest of the day.

I loved the opera house – one of the most modern and expensive in the world. Situated on the island of Holmen, the amazing modern structure really stands out against the rest of the city and I imagine looks particularly beautiful if the sun actually makes an appearance (which it has yet to do for me in Copenhagen!) and reflects off the waterfront onto the glass. 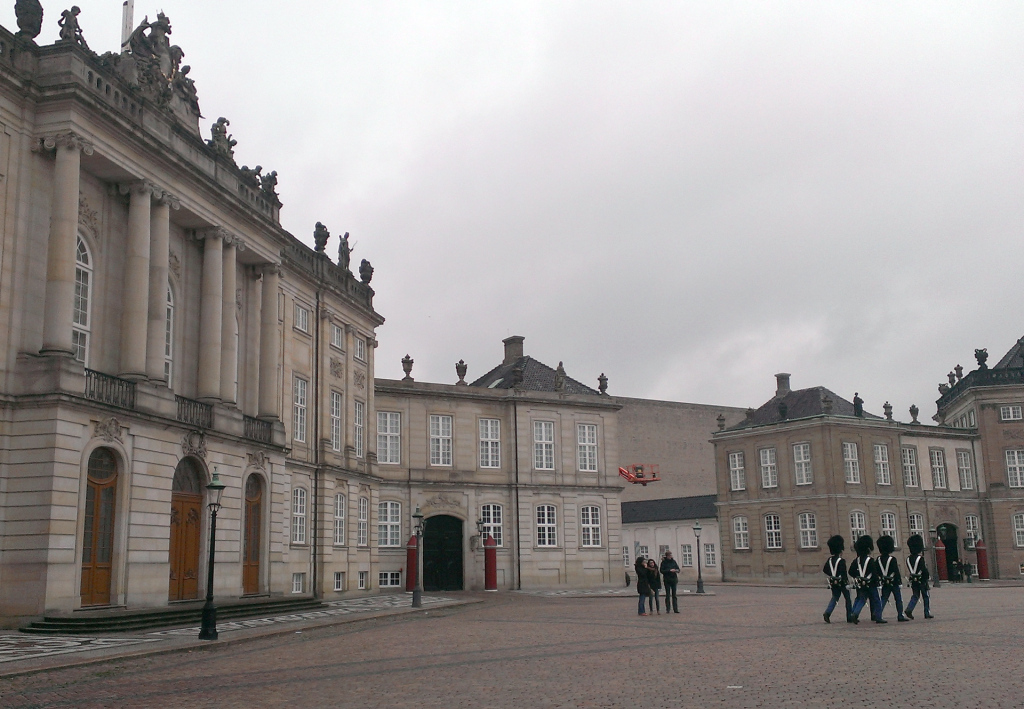 Our route on the first day also took us past the beautiful Rococo Amalienborg Royal Palace, where the Danish Royal family still live over the winter. Make sure to time your trip to the Palace so it coincides with the changing of the Royal Guard at 12pm which is pretty impressive (and pretty different to the London version). 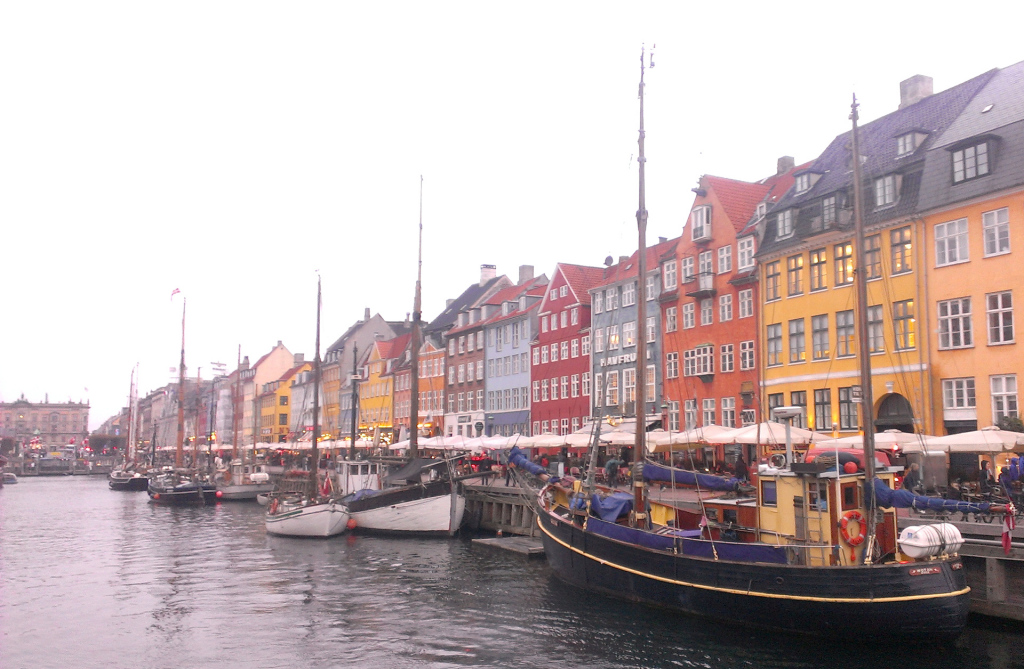 It’s probably a cliche but my favourite area is probably Nyhavn – this port and the surrounding colourful buildings (most of which house bars and casual restaurants) is beautiful and lively on even the rainiest and greyest of days. 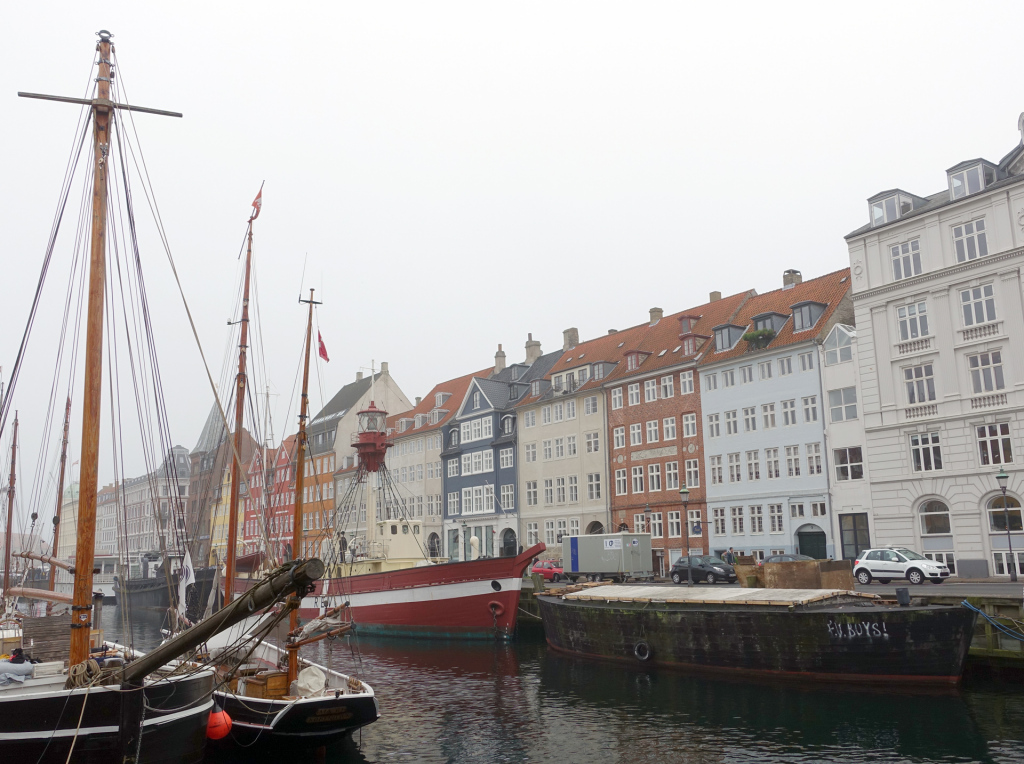 It would probably be wrong to come to Copenhagen and not indulge in a little shopping…the Scandinavians have such impeccable style and taste after all.

This pedestrian street and the surrounding area boasts all the best shops (Birger Christensen, & Other Stories, Georg Jensen, Hermes, Illums Bolighus to name but a few).  And just of the main street (at Vimmelskaftet 37, 1161 København K) is the flagship Lego store which we made sure to visit. 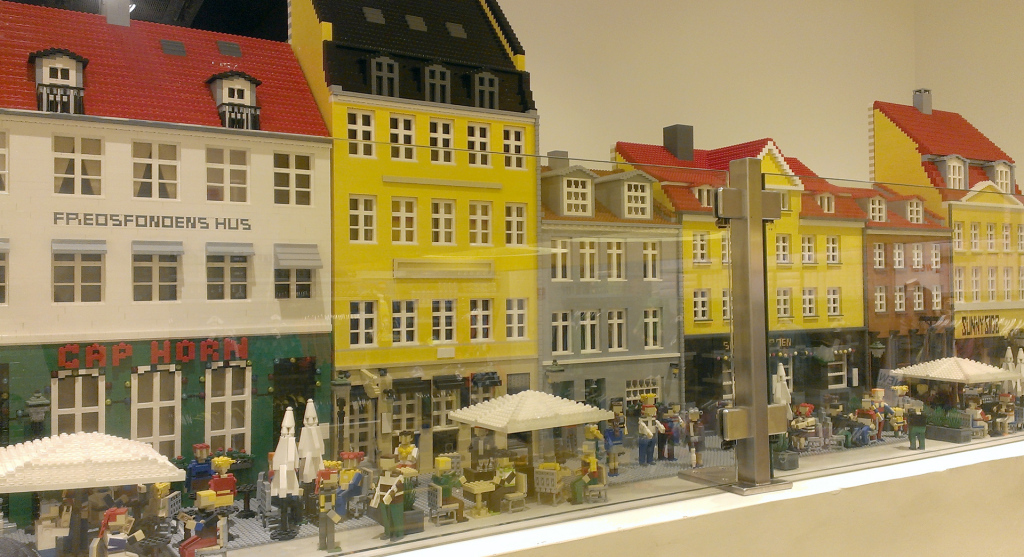 The impressive displays almost inspired me to head up to the attic on my return and revive one of my favourite childhood past times.

The covered market, Torvehallerne, was one of our favourite places to refuel (and that says a lot given the amazing food on offer in Copenhagen.  Offering a smorgasbord (yes, the bad pun was too obvious to resist!) of different options from Paleo to pizza to Smørrebrød to artisan porridge at Grød I defy anyone to visit and not find something (or many things) to sate their appetite. The market can be found at Frederiksborggade 21, 1360 København K.

I would definitely recommend making time to head up the Rundetaarn, the oldest functioning observatory in Europe which also doubles as an art gallery for contemporary artists.  Exhibitions are based at convenient stopping points as you ascend the steep spiral ramp to the top of the tower.  The climb is pretty tiring on the calves but the 360 degree view of the city at the top is more than worth it… 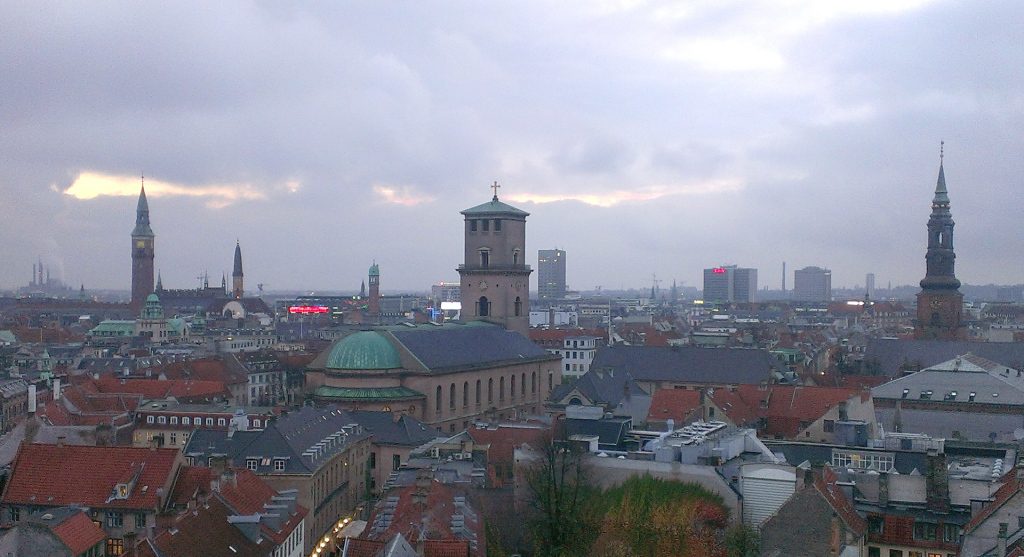 The skyline of Copenhagen is beautiful and after a day wandering around I loved being able to spot all the different landmarks from above. 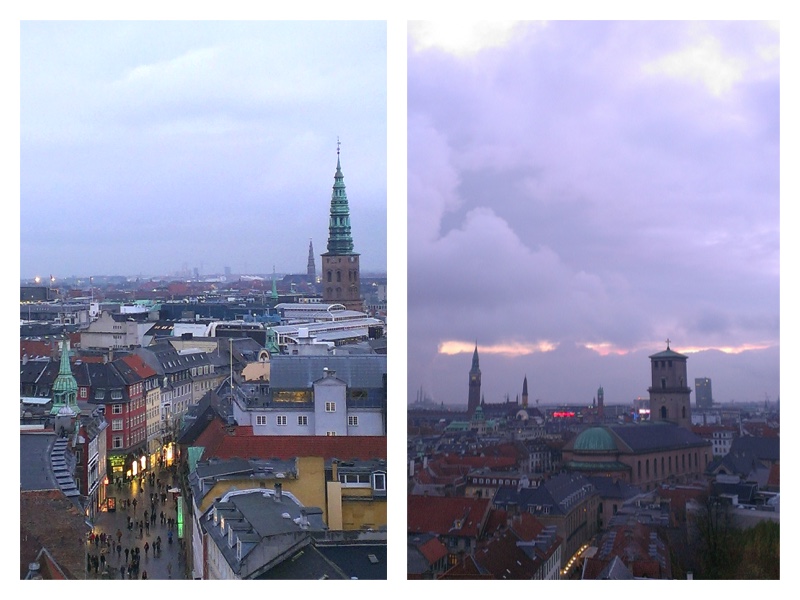 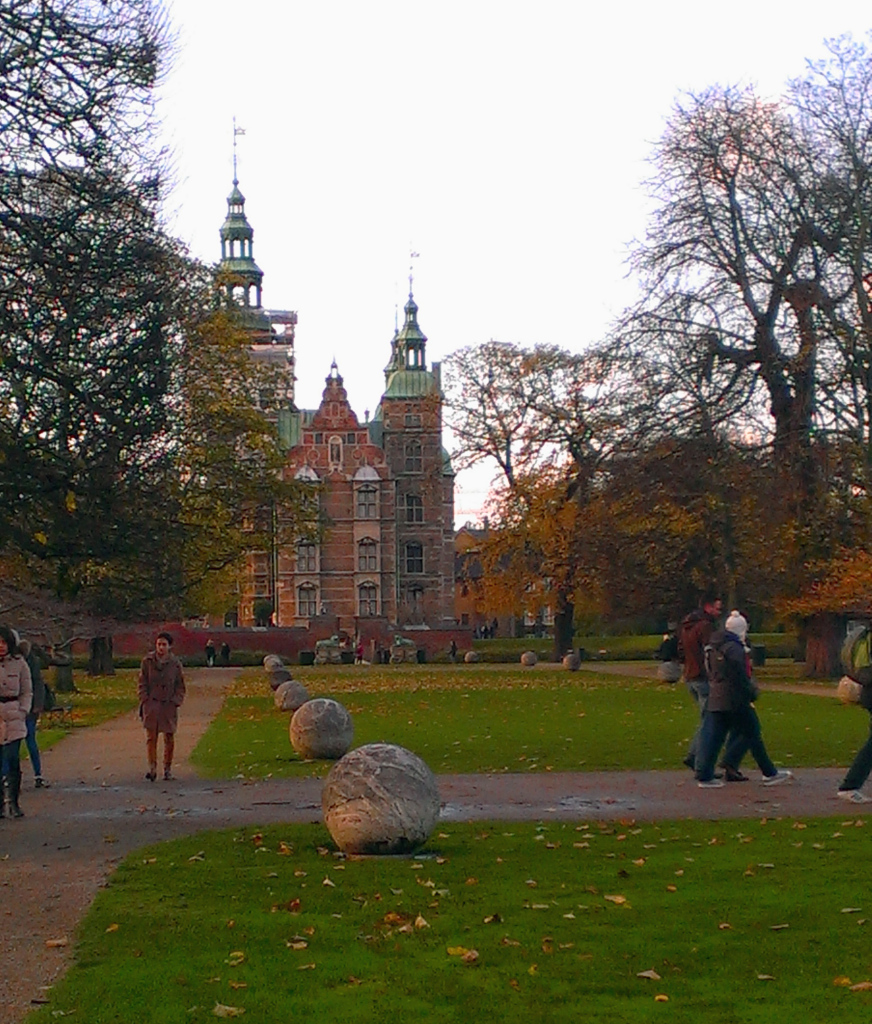 We didn’t make it inside but the rooms are meant to be beautiful and there’s an extensive collection of Venetian glass as well as the impressive Danish crown jewels.

The Carlsberg art gallery, set up by none other than the famous brewer, was probably my favourite of those I visited.  It has a huge collection of both ancient and modern art, including a particularly impressive collection of Gaugin and Degas bronzes. 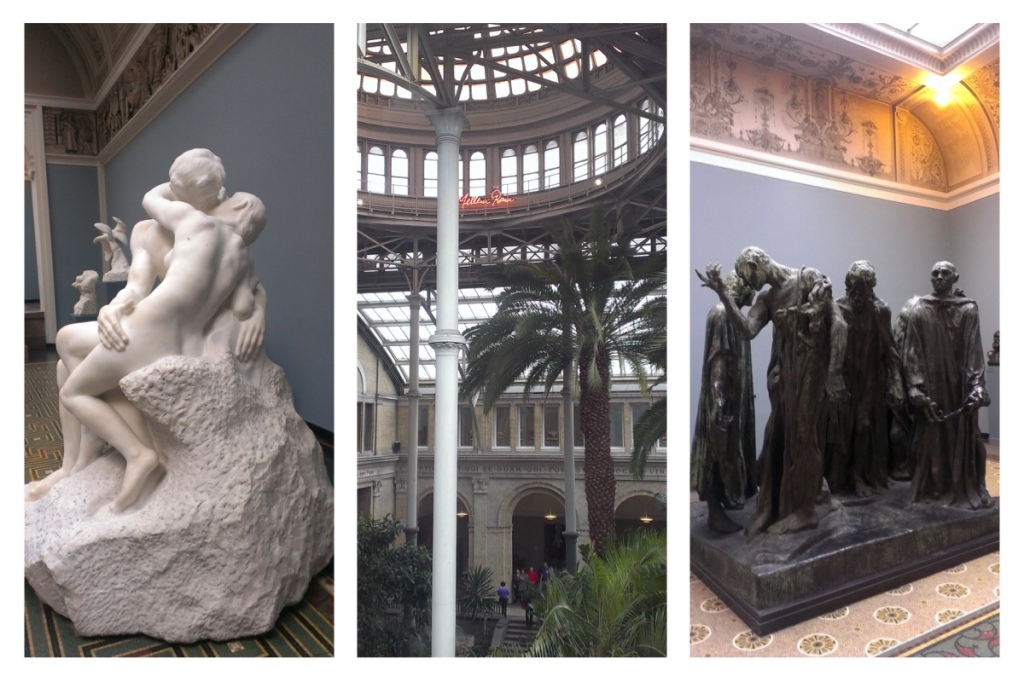 The winter indoor garden (a part of which you can see above) was really unique and made the gallery cafe a really pleasant place to rest weary feet (as opposed to the rather functional self-serve restaurants that you find in a lot of museums). The gallery is at Dantes Plads 71556 København V.

Sadly this amusement park (conveniently located right in the centre of town) was shut when we visited but it is one of the most visited theme parks in Europe and has rave reviews.  I peered through the railings (rather like a kid who wasn’t invited) and was sold even from there on its old-world charm (miles away from the commercialised theme parks back home) and will definitely add it to my itinerary for next time.

Pretty much anywhere…but in particular I was in complete heaven indulging in the avocado on rye at Atelier September  (which can be found at Gothersgade 30, 1123 København K). So simple but unbelievably delicious – an upgrade on any back home. 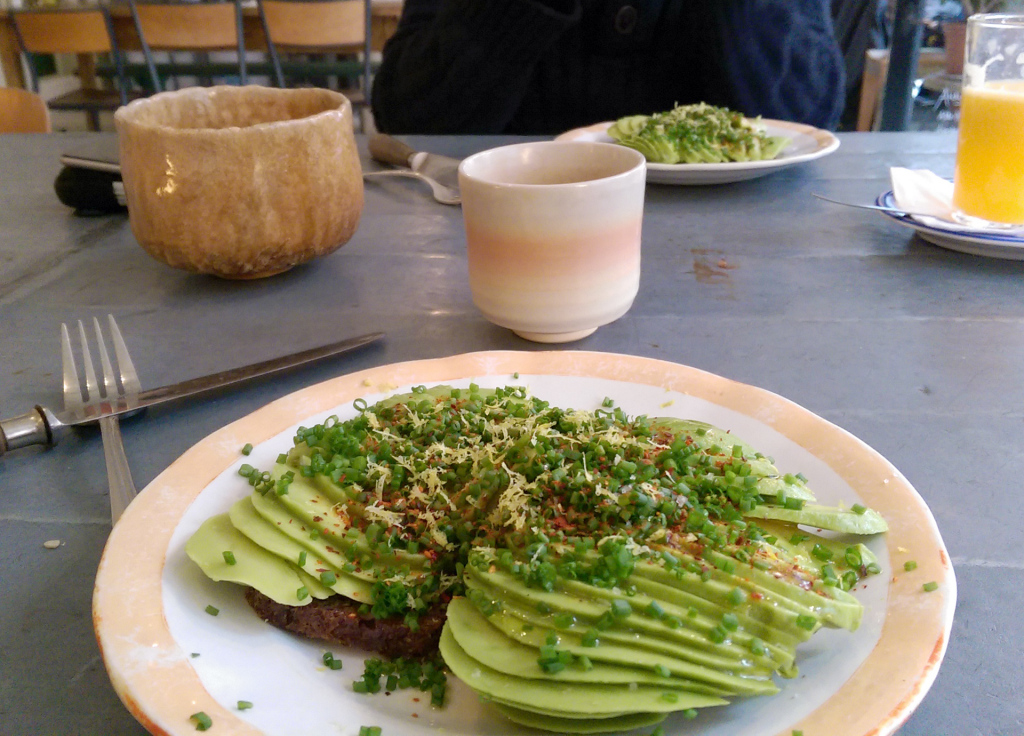 The inventive porridges offered at Grød are also a favourite of mine when I fancy something more hearty. And the equivalent cinnamon-y goodness of the Danish snegl is just to die for – I thought that the Andersen Bakery (right by the main station) did a particularly tasty version.

Check back in on Wednesday and Friday for a review of some of the best restaurants on offer in Copenhagen which we were lucky enough to sample on our trip…Noma and Amass.