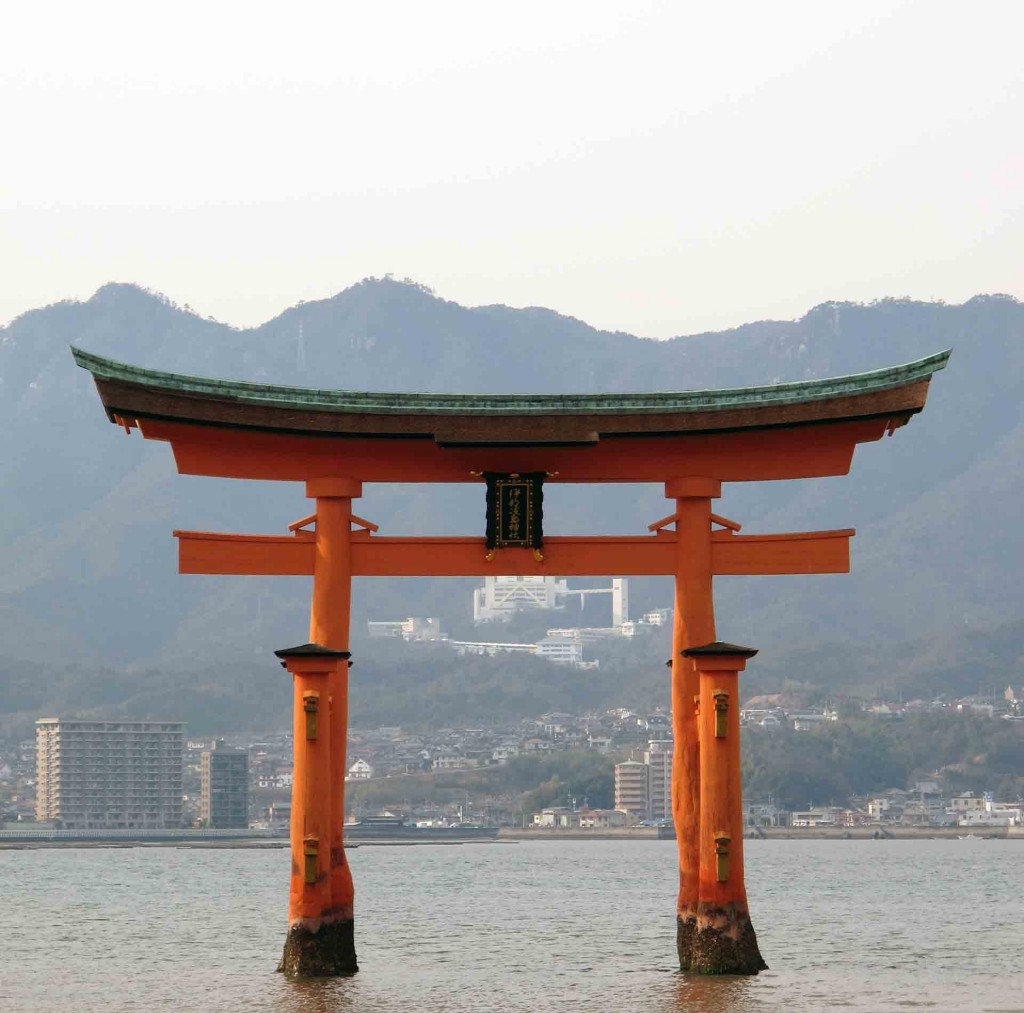 If Hiroshima is on your itinerary I’d really suggest allowing an extra half a day to visit the nearby Miyajima, a beautiful island just off the coast of the mainland. Not only is the atmosphere of peace and calm a lovely change from the hustle and bustle of the city but the island also offers one of the most iconic photo spots in all Japan…the torii gate of the Itsukushima shrine. From Hiroshima station it’s a half hour JR train ride or a 70 minute tram journey (on tram line 2) to Miyajimaguchi ferry terminal. The ferry, which runs about ten times an hour, takes about ten minutes to reach the island. If you’re willing to stump up a little more you can take a direct boat from the Peace Memorial Park. Even on the greyish February day I enjoyed seeing the city from a different perspective.

The island of Miyajima is considered holy by both the Shinto and Buddhist religions and for a long time commoners weren’t even allowed to set foot on the island. 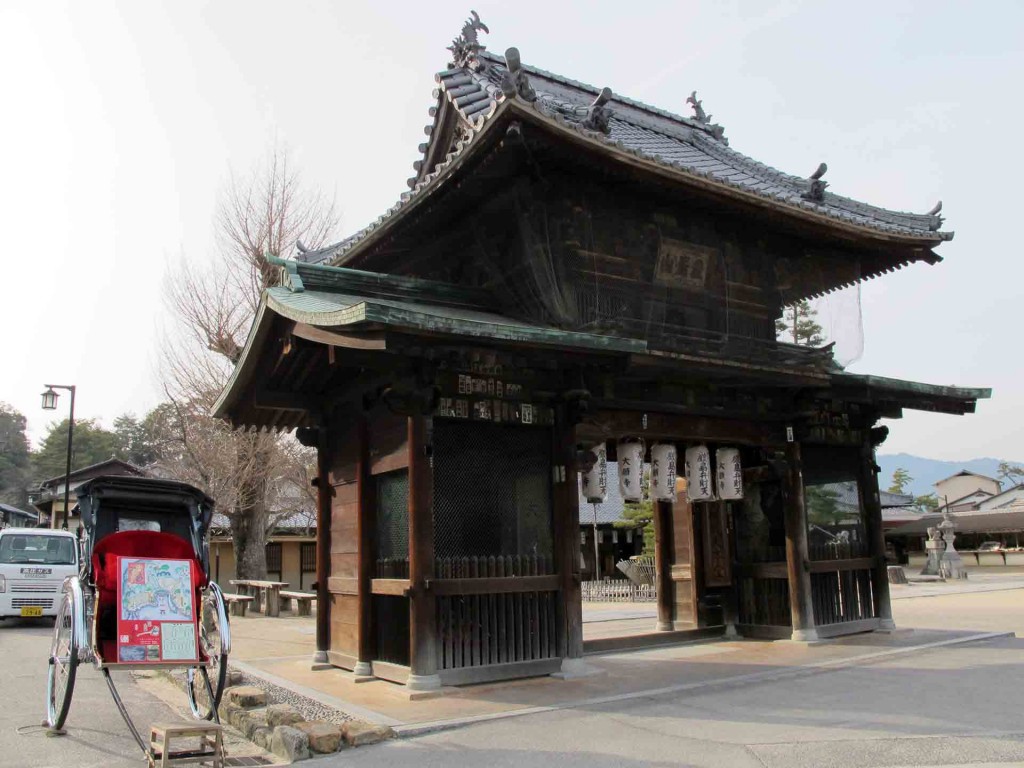 Given its small size there are quite a number of shrines on the island to visit, including impressive Toyokuni shrine which has a huge hall (known as the hall of one thousand tatami mats) and a beautiful five storey pagoda… 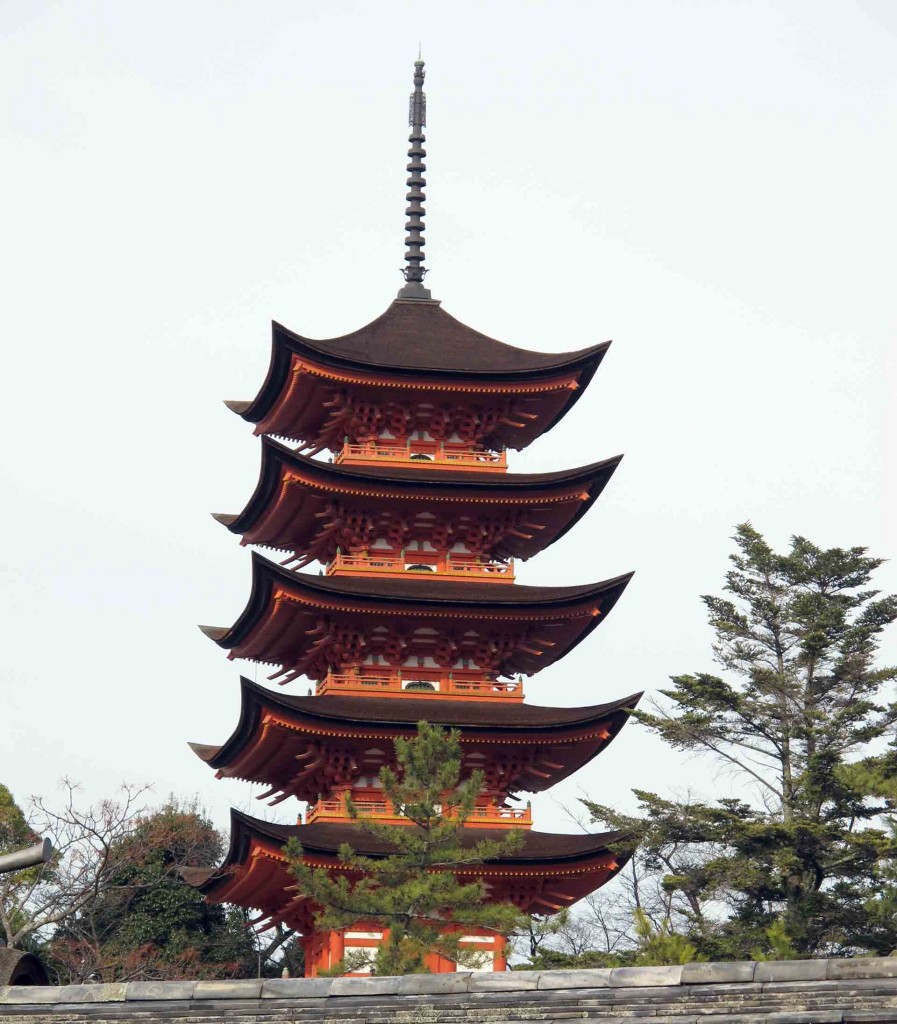 The main event on the island is the Shinto shrine Itsukushima which is thought to have existed in one form or another since the sixth century. The shrine has been built on stilts so that at high tide it appears to float on the water.

The most iconic part of the shrine is without doubt the huge Torii – the boundary between the human and spirit worlds. 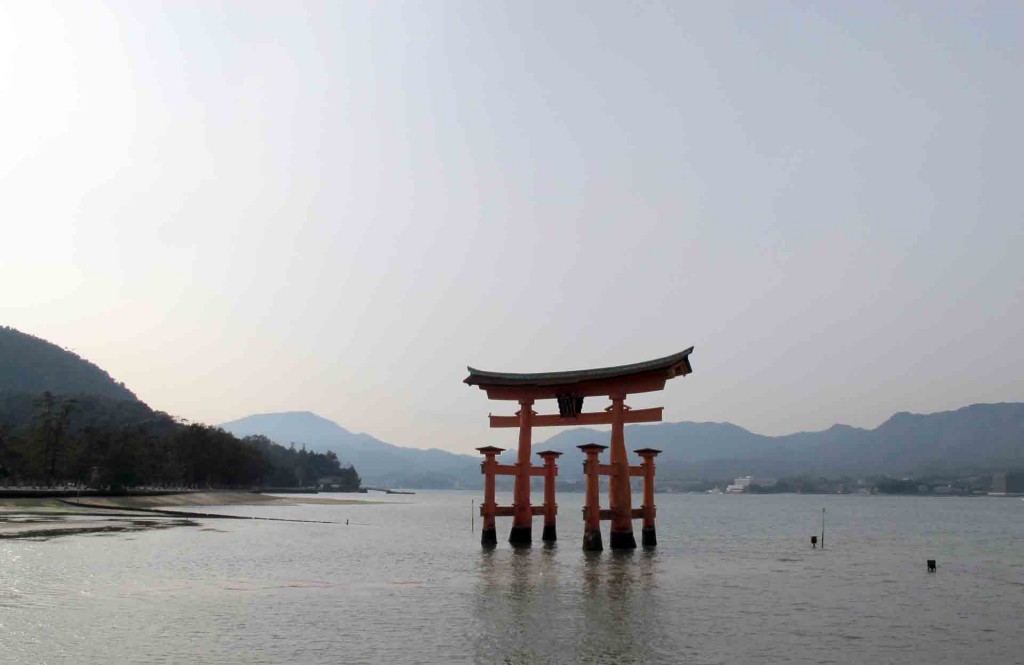 The bright red colour is meant to ward off evil spirits. 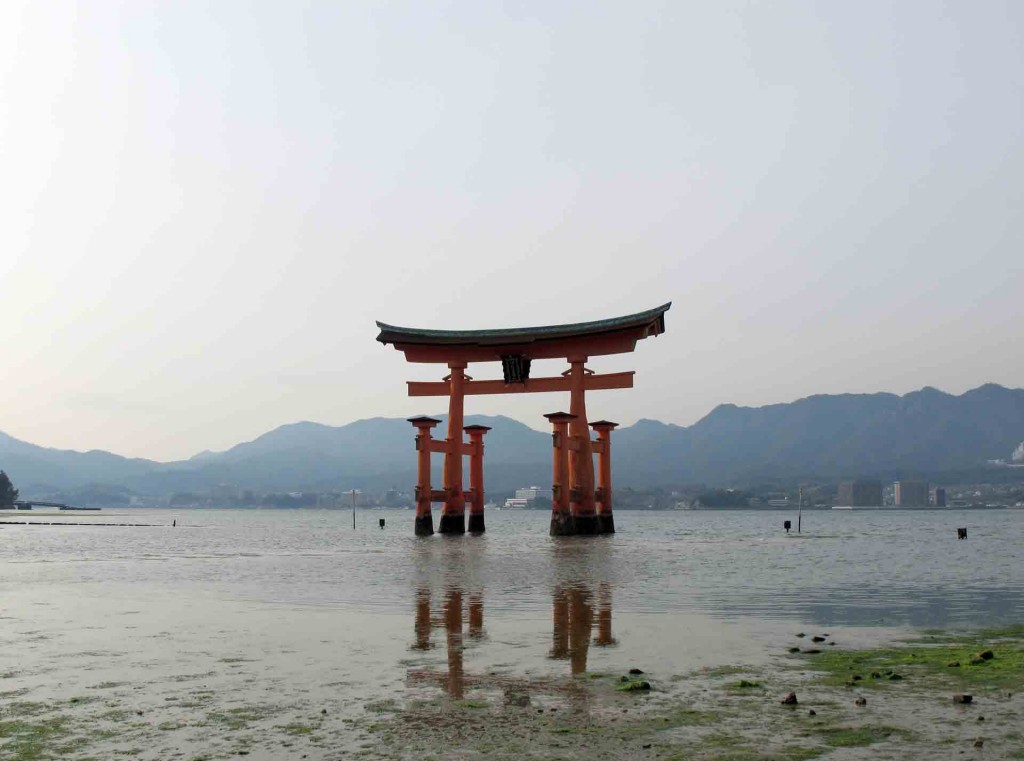 I’d suggest timing your visit for high tide (which we just missed) so you really get to see the floating effect. But it’s also worth staying around until low tide so that you can walk out to the gate and really get a sense of its size. 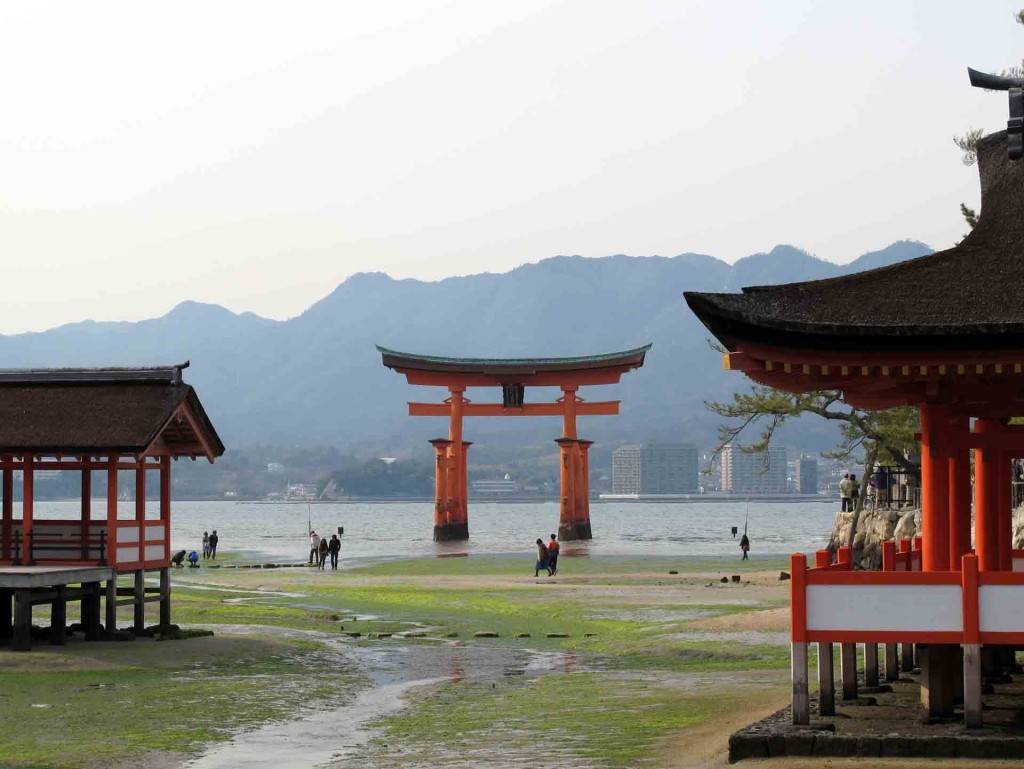 In February the island is famous for its oysters and hosts a famous oyster festival so if these slimy creatures float your boat it’s just another incentive to visit. For those with a sweet tooth, it’s worth munching on one of the delicious momiji-manju (bite-sized cakes in the shape of a maple leaf and filled in red bean paste, chocolate or cheese) that the island is famous for…although watch out as the cheeky free-roaming deer are likely to try and snatch it out of your hands if you aren’t quick enough! 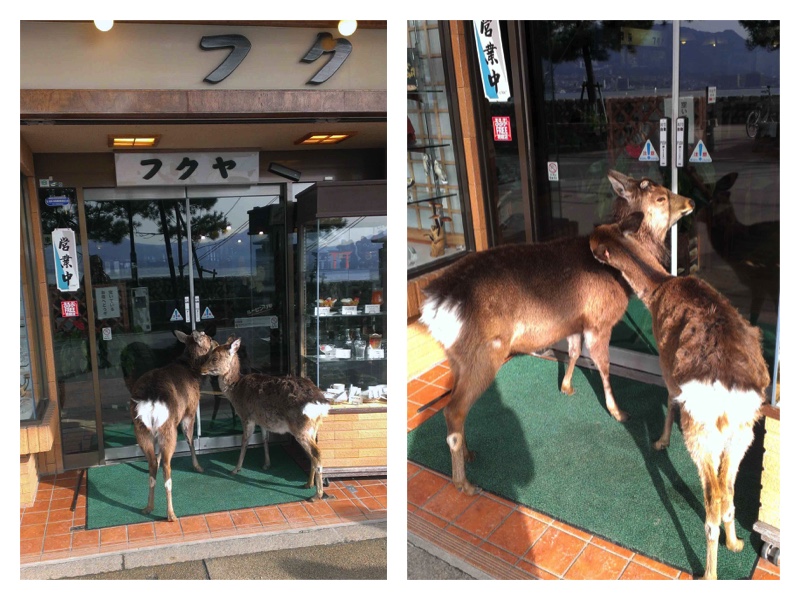 It is worth taking a couple of hours to visit the shrine from Hiroshima but if you have longer I understand it really is worth taking the time to hike up Mt Misen (which apparently takes about an hour) for great views over the island (and if you’re not feeling energetic enough for the walk there’s a ropeway which takes you most of the way!)

For more on Hiroshima check out yesterday’s post here.