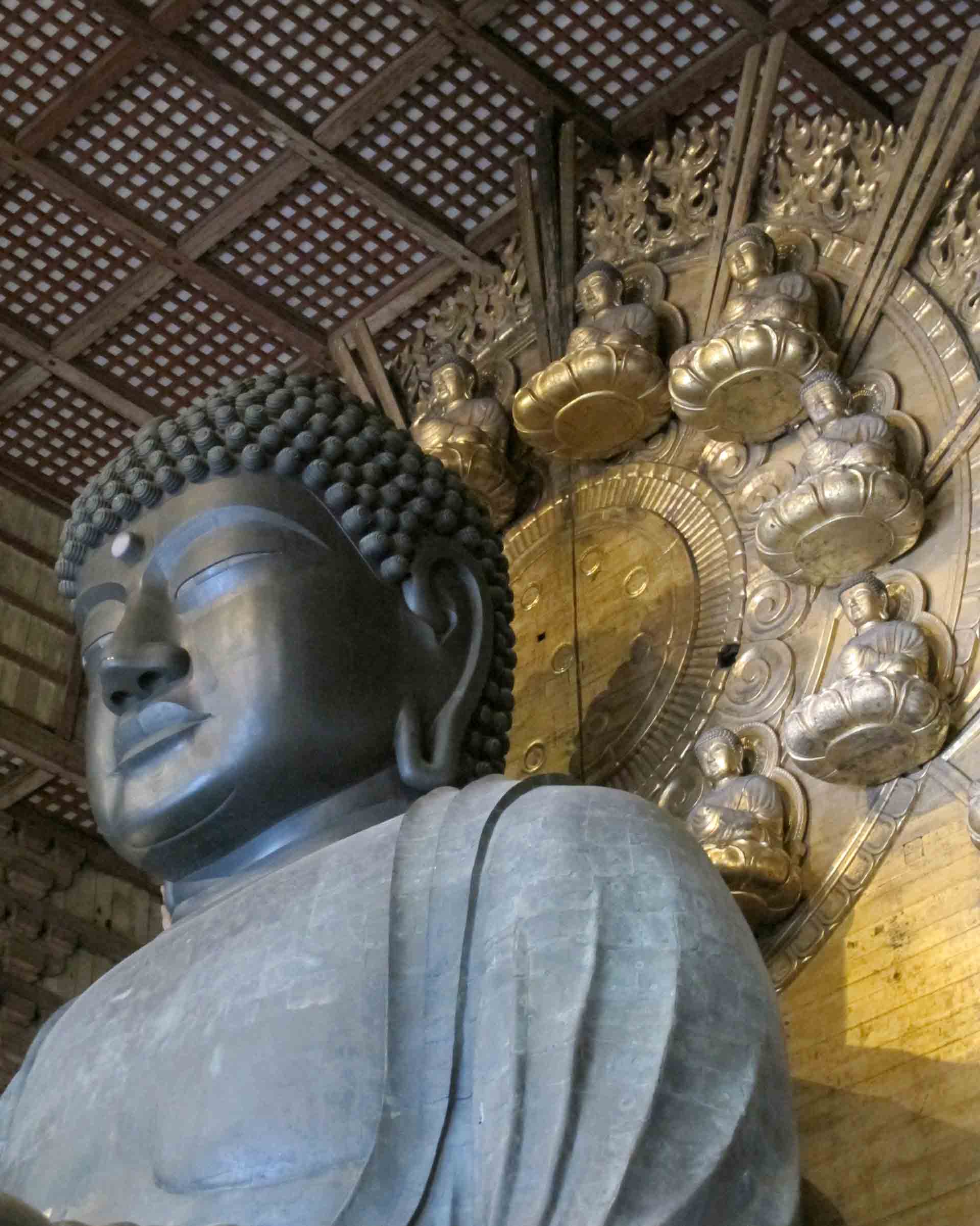 The ancient city of Nara is often overlooked in favour of its bigger, and better known, sister Kyoto. But it really is worth making some time to visit Nara – the best of its sights (which have UNESCO World Heritage status) can be visited in a day and what’s more you aren’t as hampered by the crowds .

Nara was the capital of Japan back in the eighth century and hence has some pretty important and beautiful shrines and a wonderful palace. 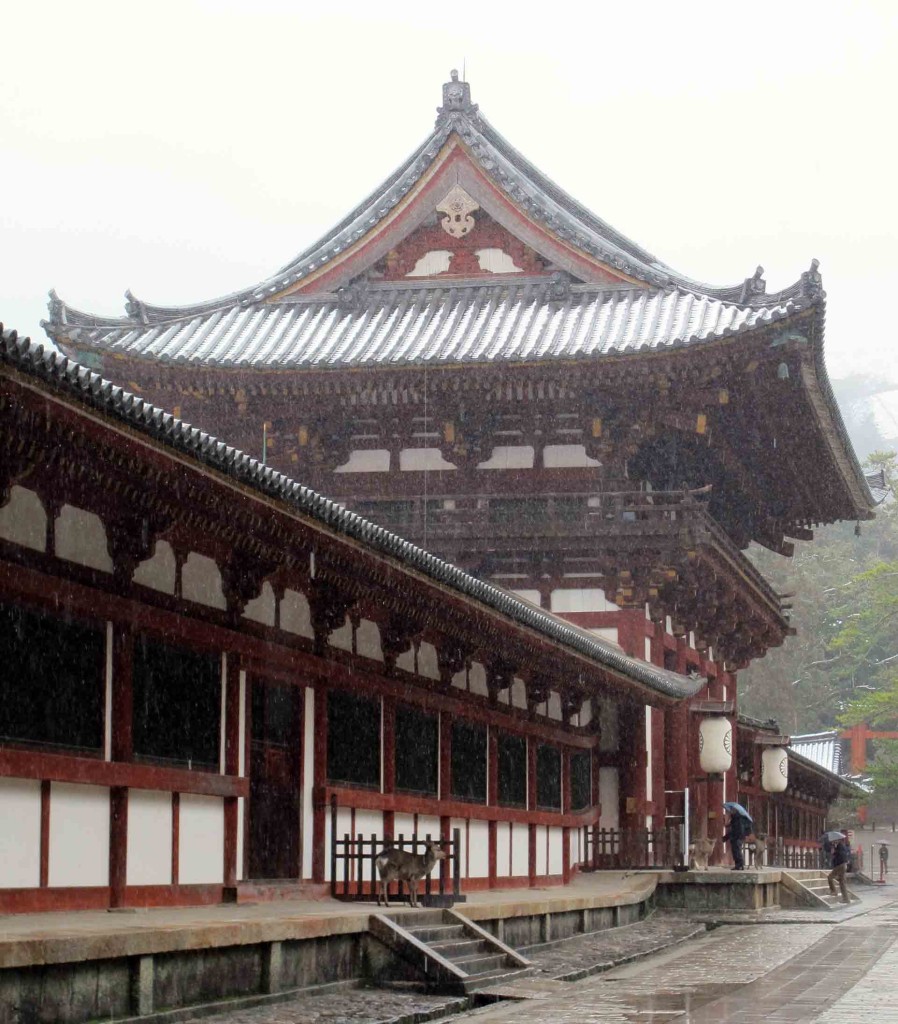 The are a group of really important temples known as the ‘Seven Great Shrines’ but if you’re short on time (or if it is horrid weather and you can’t face traipsing around them all) but two top shrines were Todai-ji and Kofuku-ji.

As you can see from the photos it was a horrid, snowy day when we visited so my photos definitely don’t do the beautiful structure justice. (On a side note any tips for taking good photos when it’s snowing/sleeting would be much appreciated!) 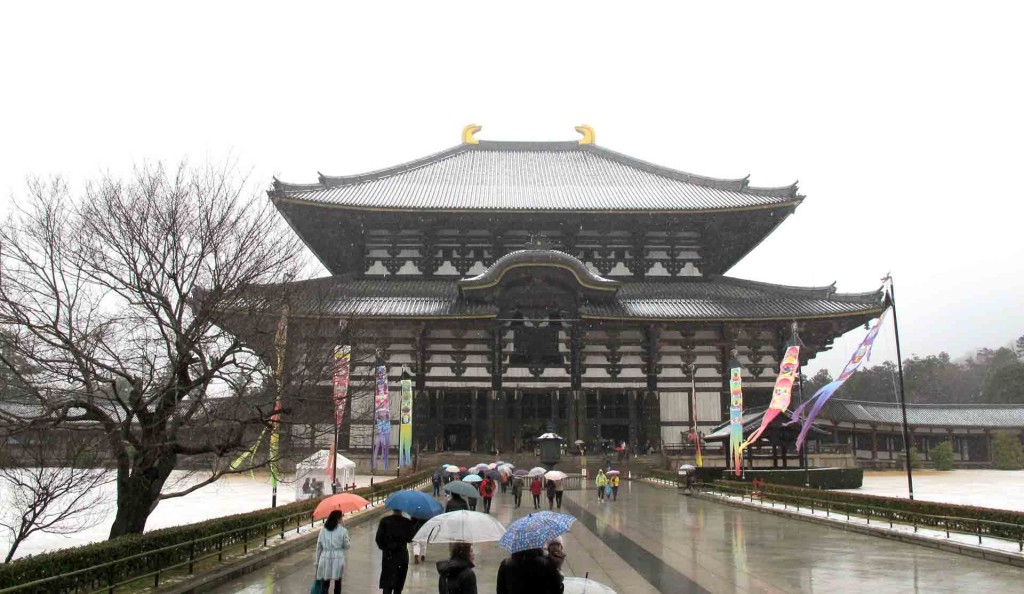 As you enter the main hall you are greeted by Yakushi Nyorai, the Buddha of healing and medicine. Apparently if you touch the Buddha and then touch yourself in a place where you have an injury or illness it will heal you…I wasn’t able to test this theory out as I didn’t have any particular problems when I visited but food for thought. 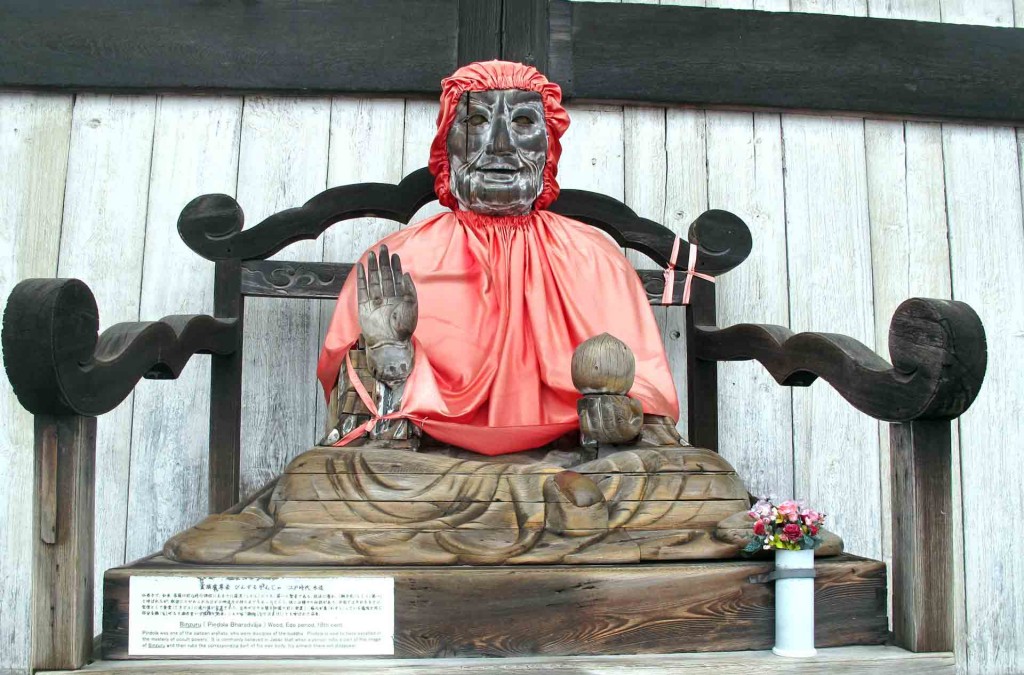 Inside the huge wooden structure, the world’s largest bronze statue of Buddha or Daibatsu. 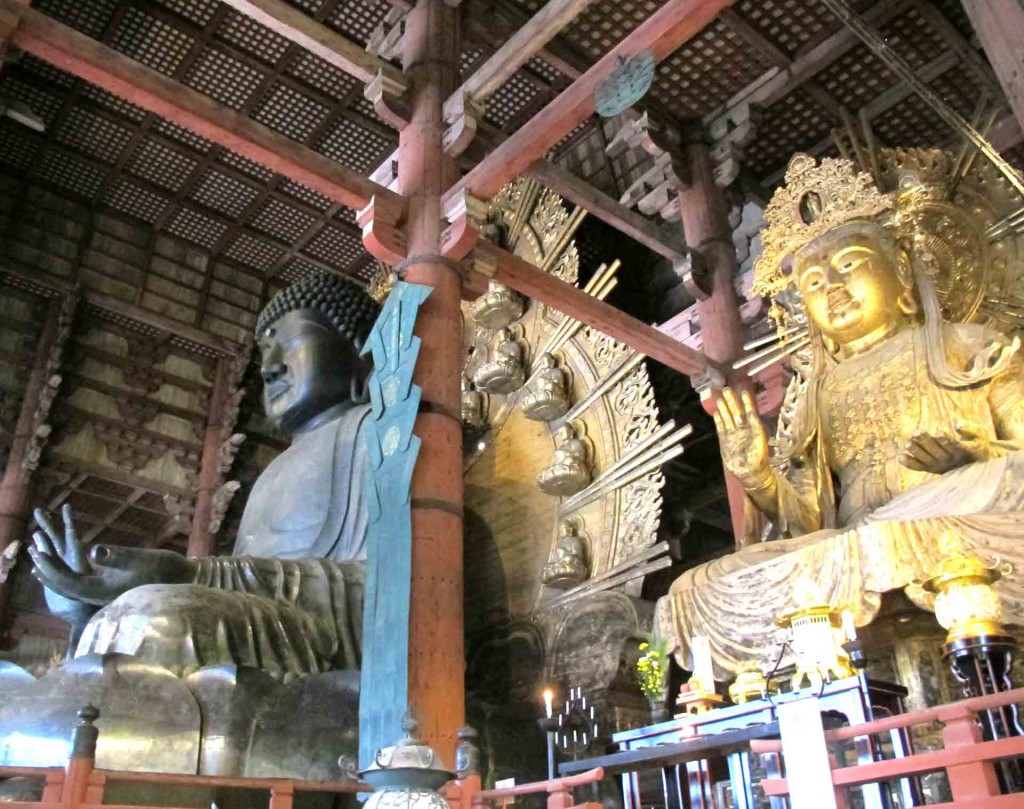 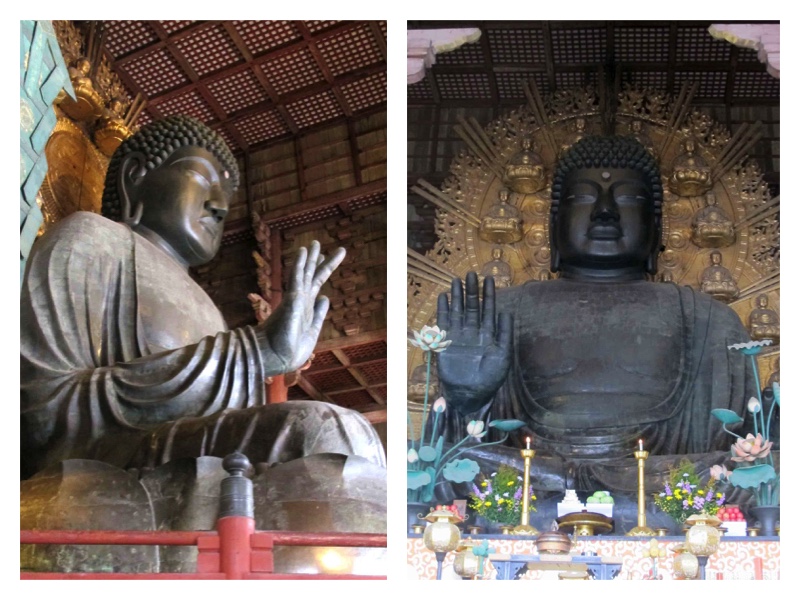 Trust me it makes you feel really small. And aside from the size, the craftsmanship is awe inspiring.

Kofuku-ji a very important Buddhist temple – it was originally situated in Kyoto but was broken up into bits and then rebuilt in Nara…There are a lot of buildings in the complex include a towering five storey pagoda, 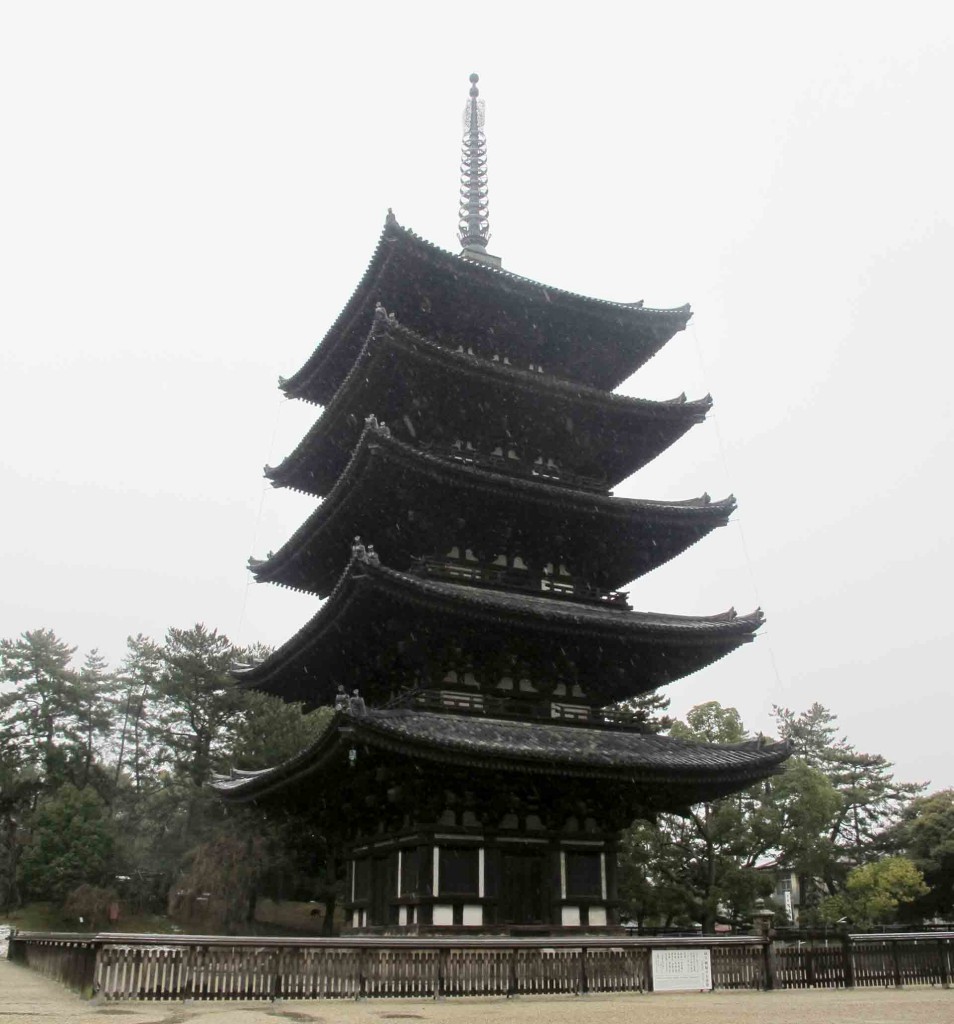 and Tōkon-dō or the East Golden Hall. 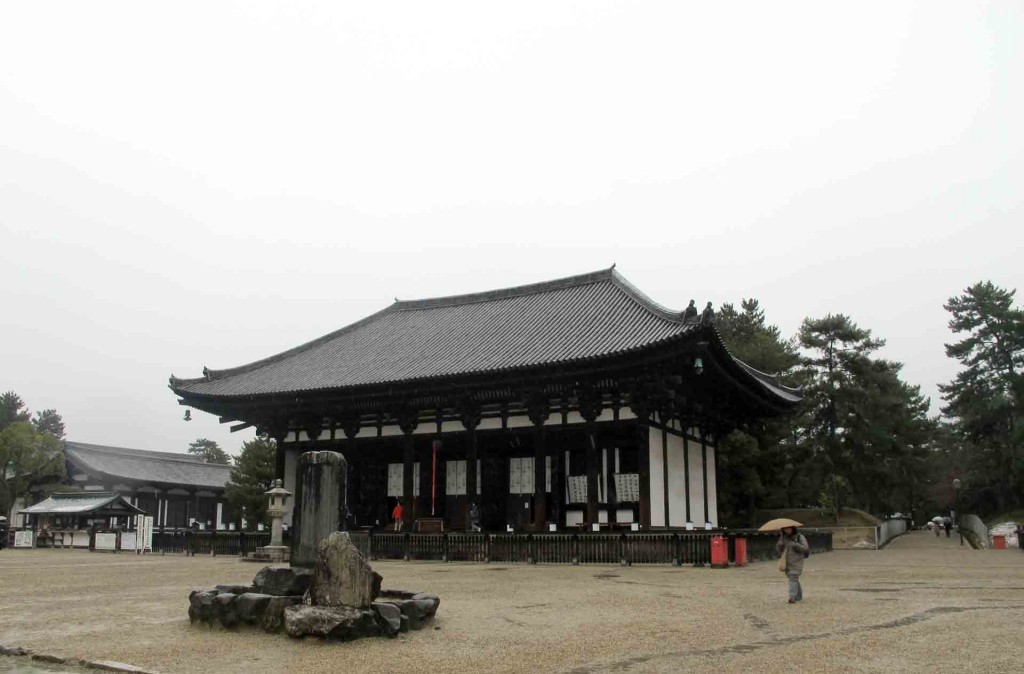 Sadly the temple was going under restoration when we visited but apparently there are some beautiful golden Buddhas inside.

Most of Nara’s temples are located in the huge Nara Park which is really worth wandering around. My favourite part of the park was Sarusawa pond. 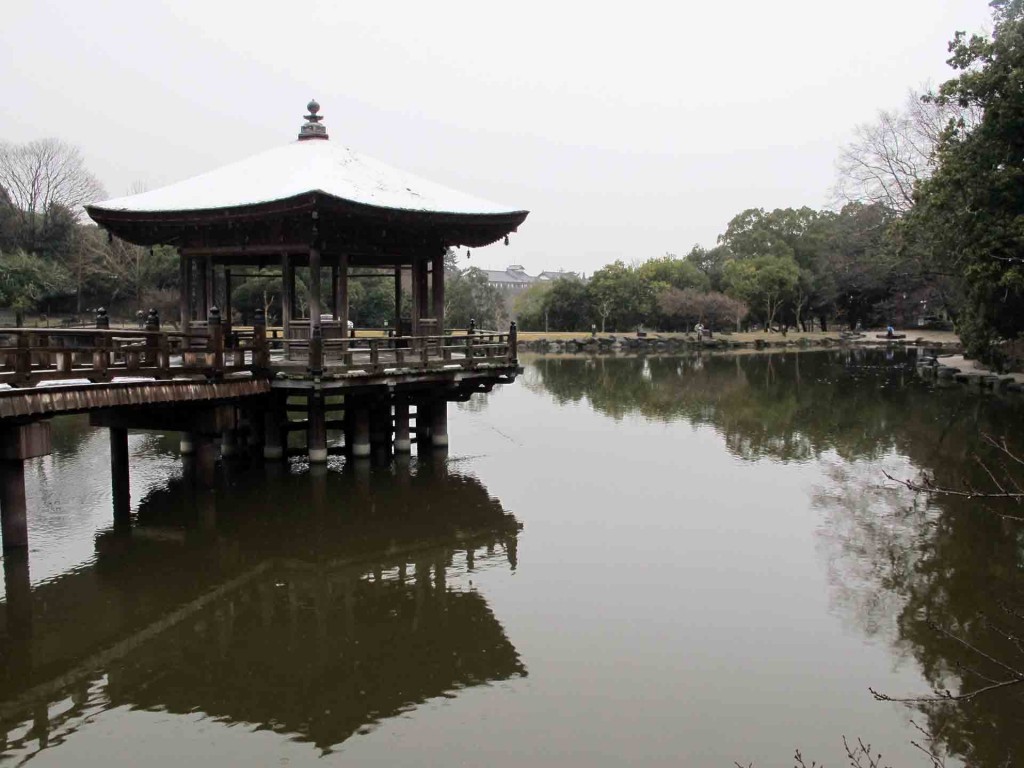 Even though it was a filthy day there was something so calming about it. 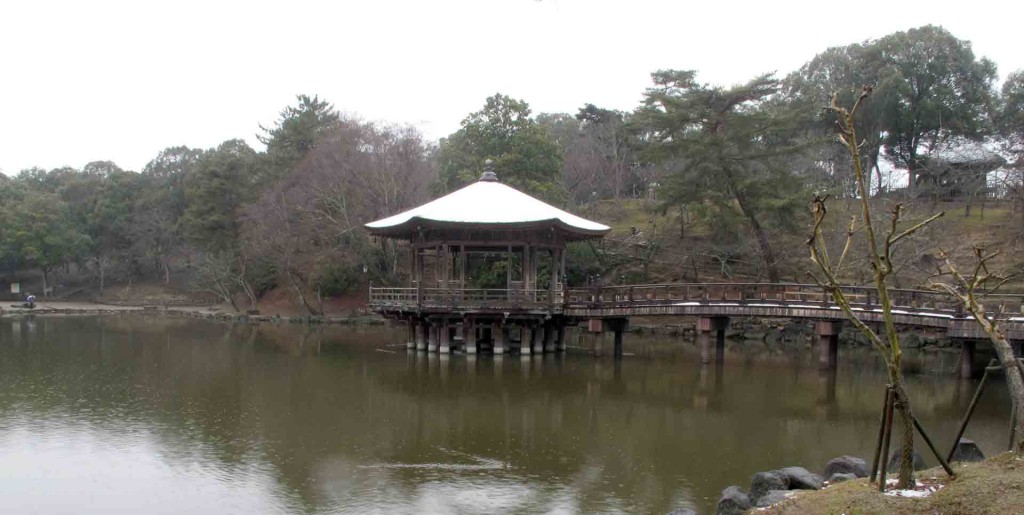 And the view of the mountains behind was beautiful – I can’t imagine how great it must be on a clear day! 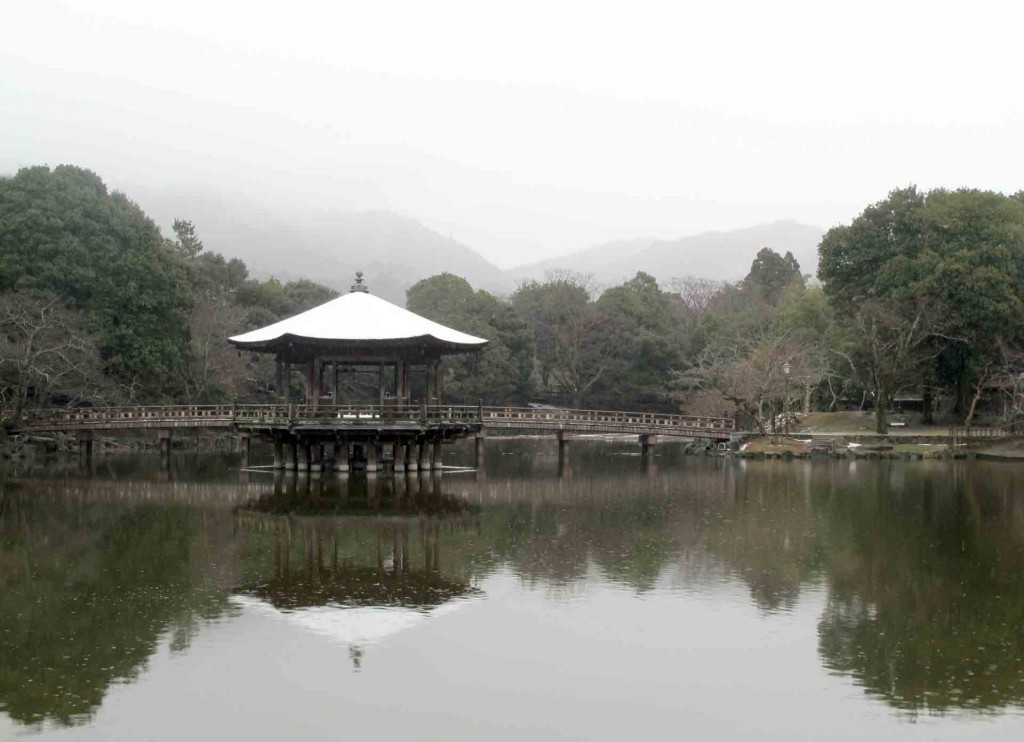 Another attraction of a wander around Nara’s park are its famous deer. 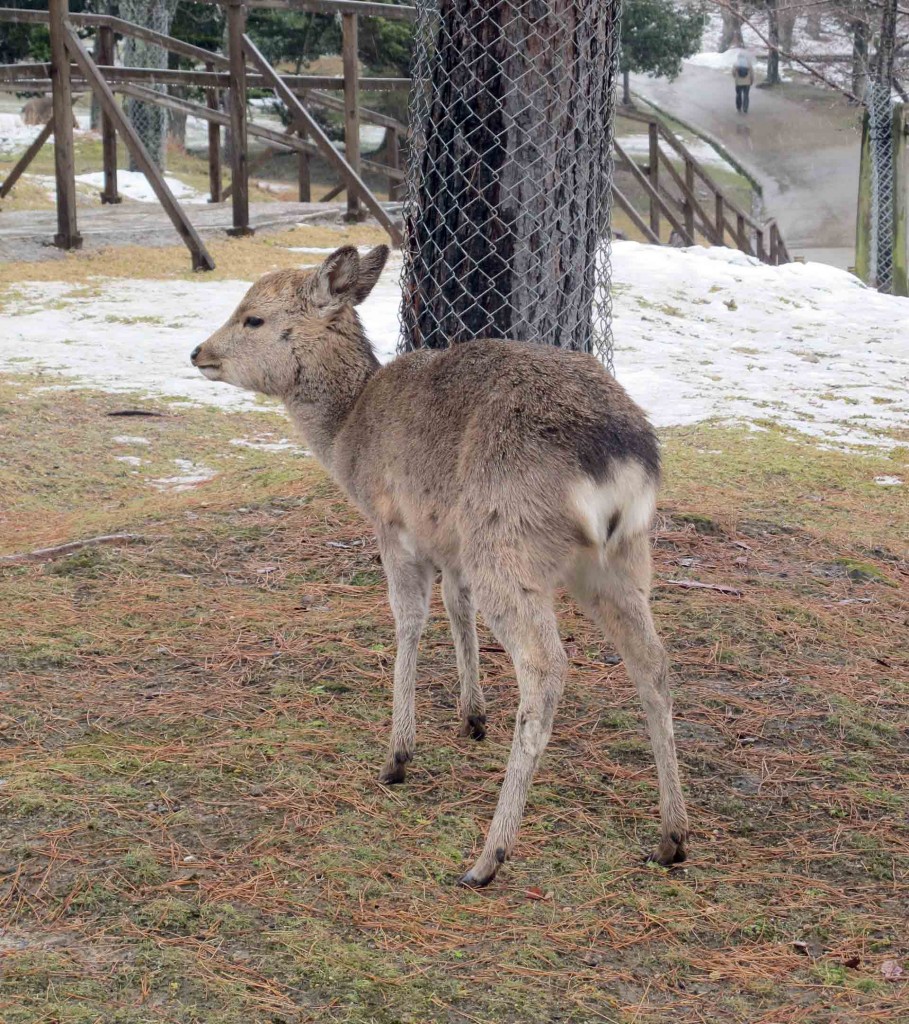 The deer were (pre World War II) regarded as messengers of the Gods of the Shinto religion; although no longer considered divine vehicles they do have national treasure status and so roam freely throughout Nara. 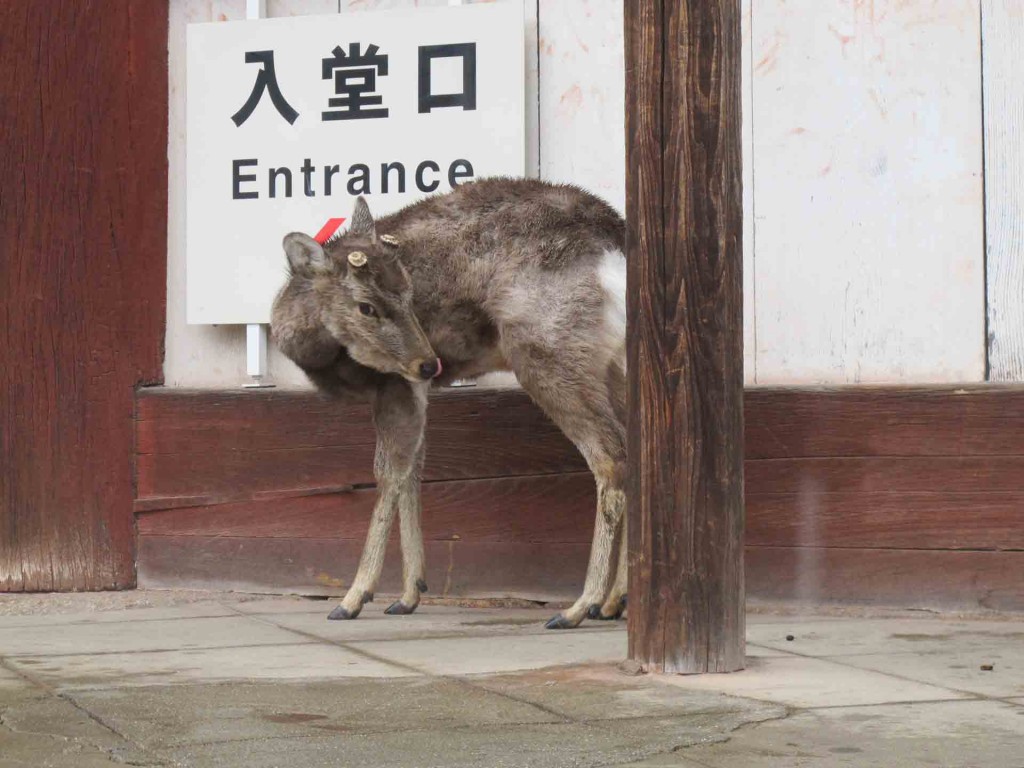 Nara’s deer are said to bow at you if you bow at them…I wasn’t so successful with this one and you do look pretty stupid trying but you kinda have to!

As it was pouring with rain/snow/generally cold and wet throughout our visit to Nara we didn’t venture to the other famous gardens on offer but I understand that Isuien tea garden is absolutely phenomenal and should definitely go onto your sightseeing list.