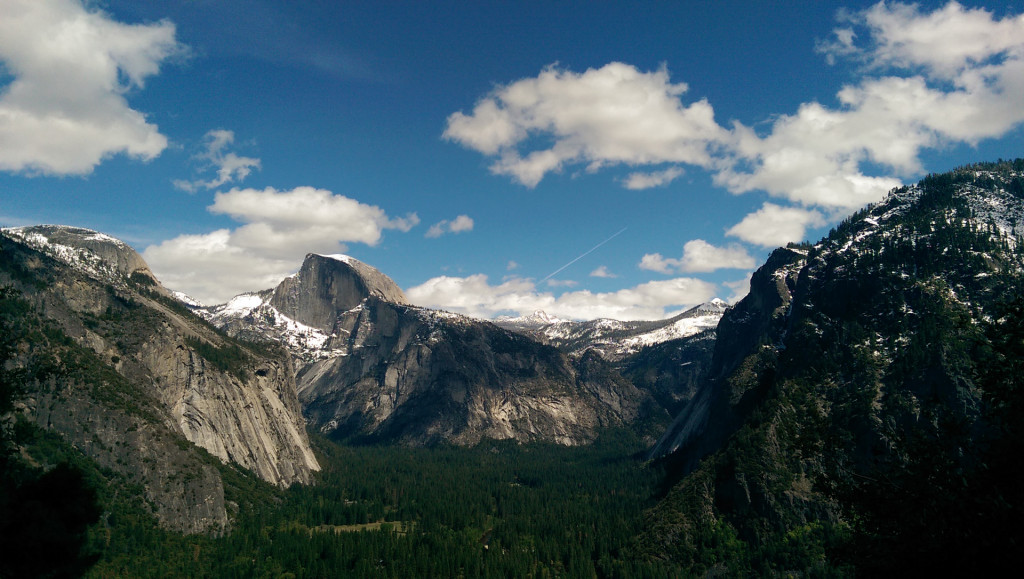 After many days of eating and drinking I was keen to get out and about and see a different side to California.  Luckily (or meticulously well planned depending on how you look at it) our next stop was hiking in Yosemite National Park.

As is probably becoming clear I am a sucker for a view, and our drive and hike in Yosemite provided some of the most dramatic yet.  As we drove into the valley we were met with views like this… 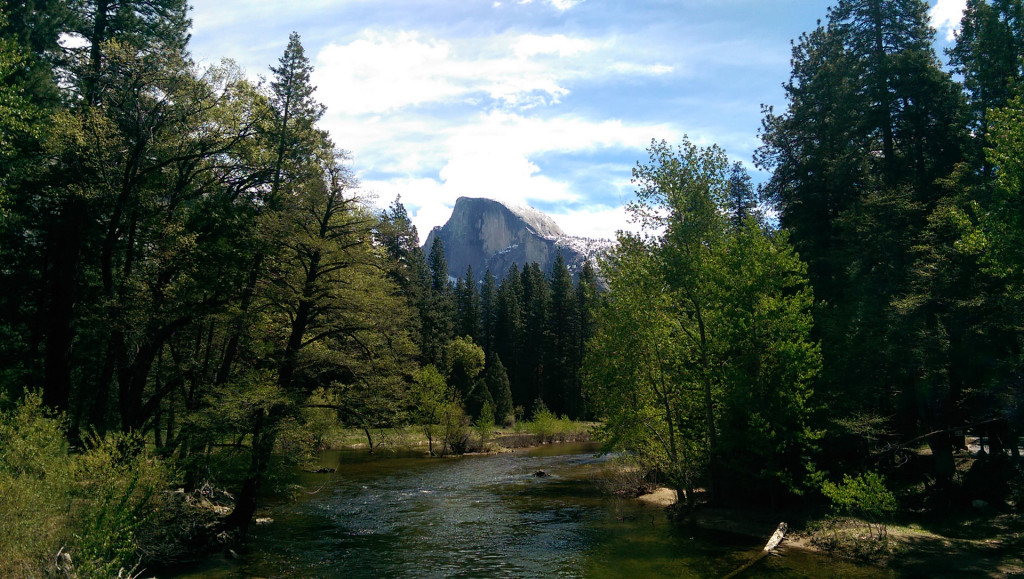 As we were there quite early in the season lots of the hiking routes were still closed. I had been recommended by a friend to try and do one of the hikes that leads up to Half Dome but due to the snow we had to change our plans – instead we ended up hiking up to the top of Yosemite Falls. 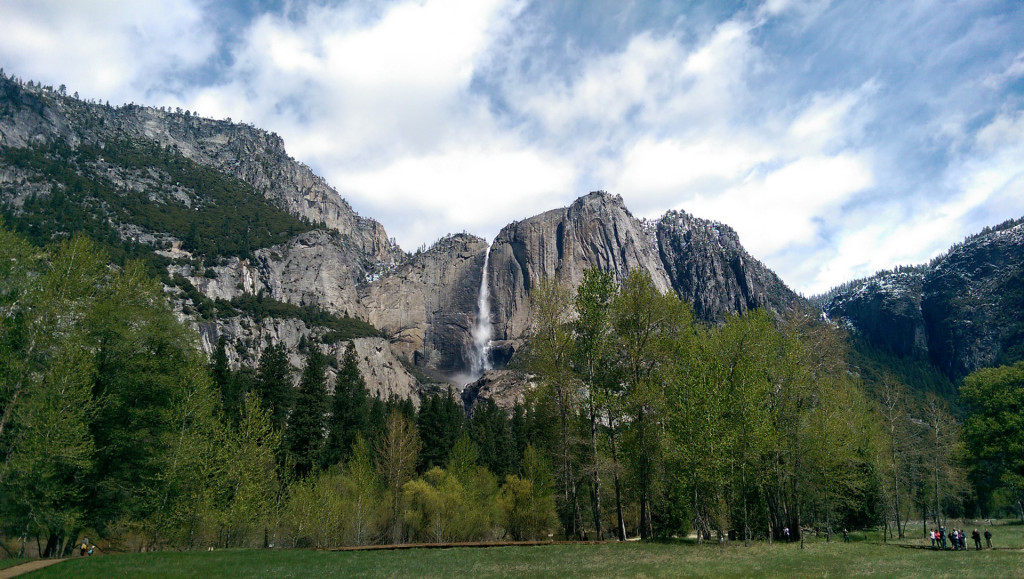 Scaling the heights of this bad boy is a hike I would thoroughly recommend (a word of caution on this recommendation however, I love a walk, a speedy one – the boy describes it as a march – and so this route may not be for all). 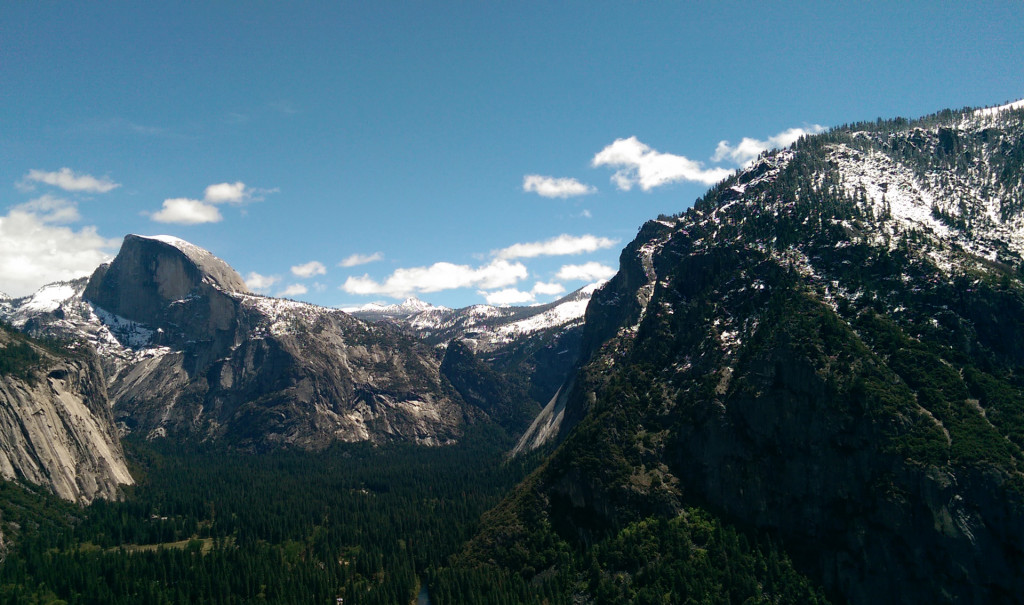 The hike is a 7 mile or so round trip (although you can stop a bit earlier at the base of the falls) and its a pretty challenging climb, but the views you get of the Half Dome along the way are breathtaking.

And the falls are amazing. 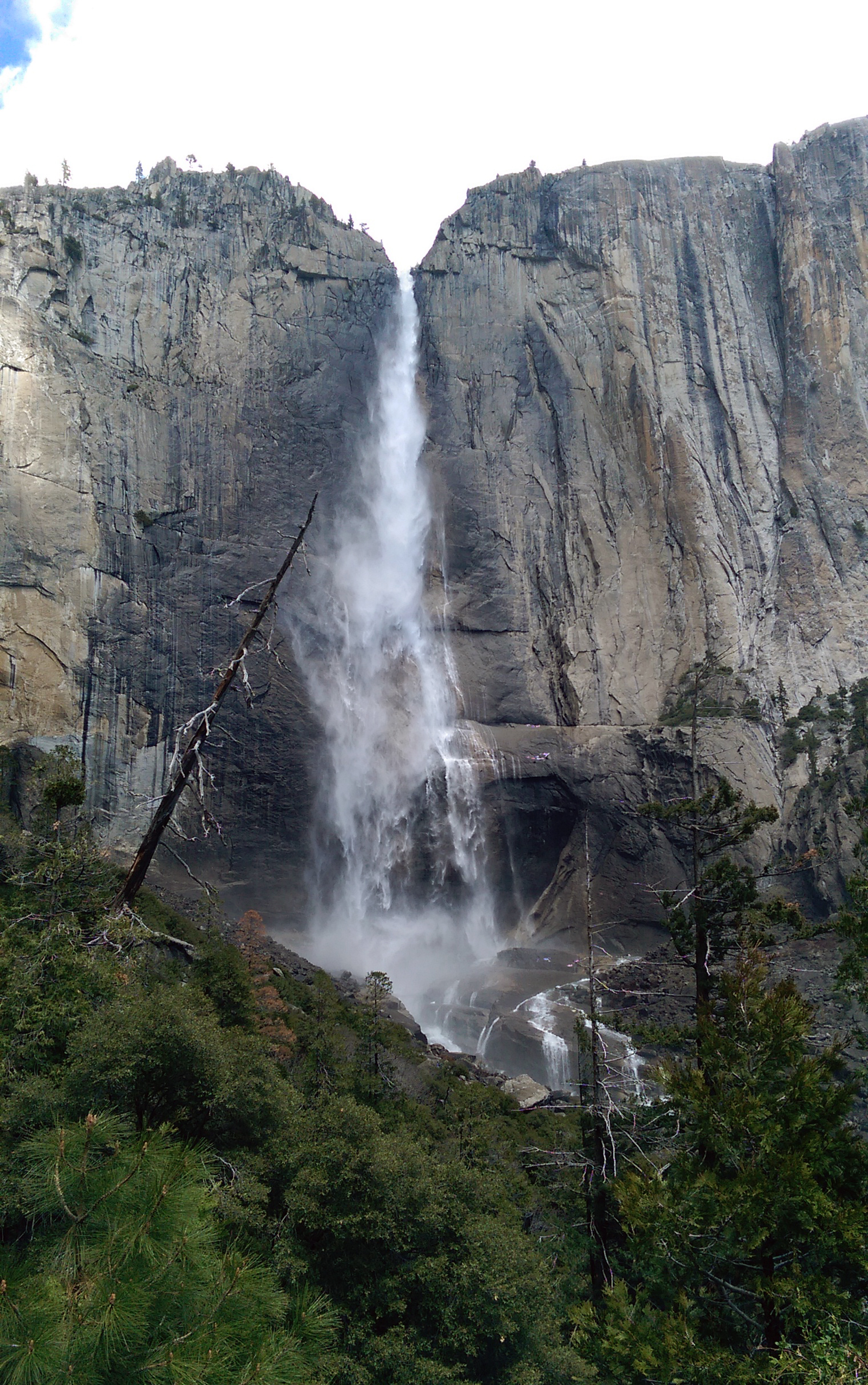 I’ve yet to make it to Niagara, Iguazu or  Angel Falls, so for me this was one of the most spectacular yet.

The top of the trek takes you to a platform which looks down over the top of the waterfall. This was pretty amazing but not one for anyone who suffers vertigo – even I felt a little wobbly… 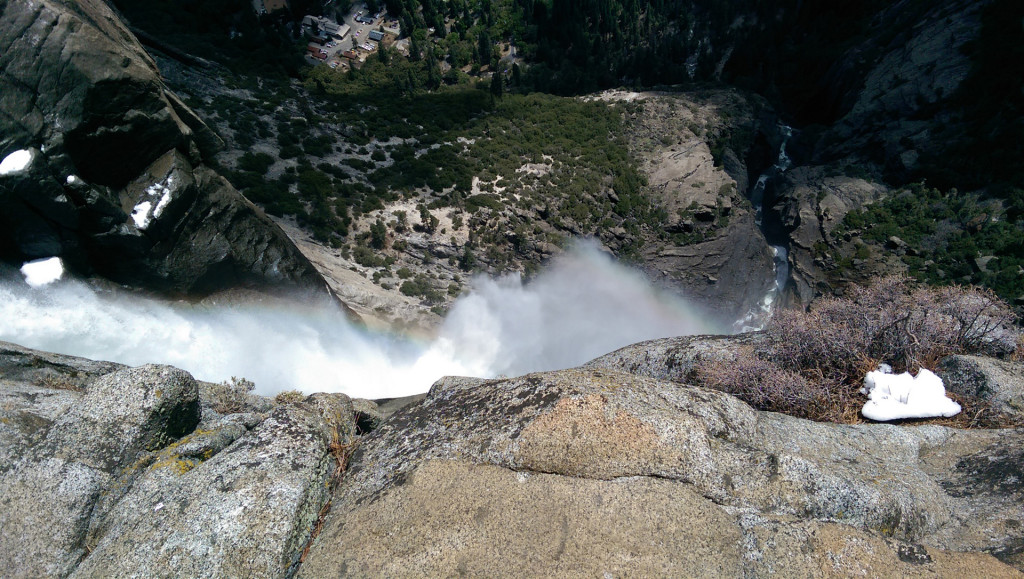 But there was a rainbow, so that set me right again!

Another point to note if you are doing this trek in the winter season, there is A LOT of slush and snow (even at the end of April) for which, unusually for me, I was woefully unprepared…my ‘breathable’ trainers meant some very soggy and cold feet by the end of the day.

In retrospect, given the road trip we were about to embark on, a long hike probably wasn’t the most sensible idea (cue some very stiff muscles) but I was so happy playing mountain goat for the day and would love to try some of the other trails – any particular recommendations?