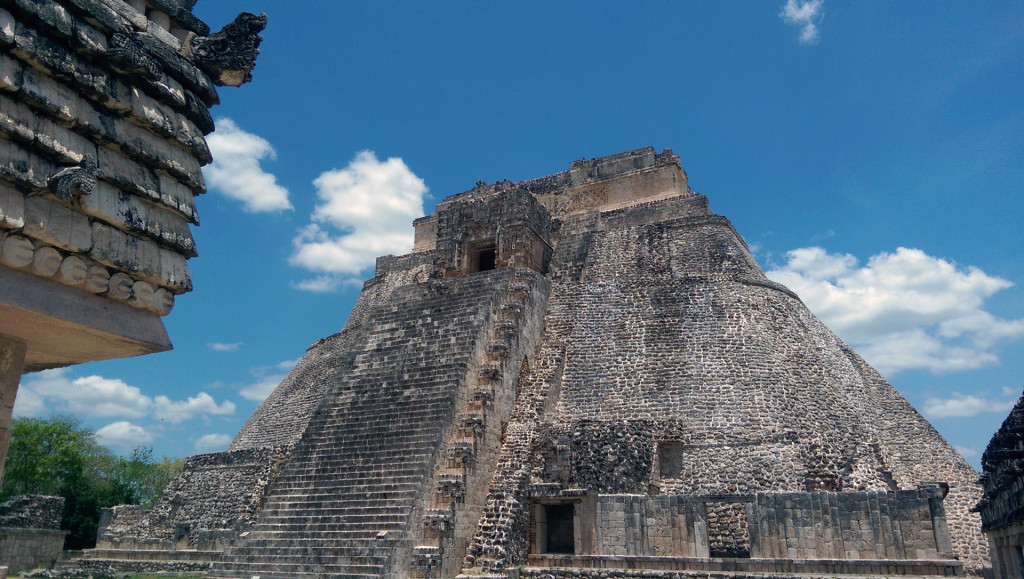 On excellent advice from the owner of our hotel in Merida we changed our plans and ended up renting a car for a day trip to Uxmal and Kabah with a detour to a couple of beautiful cenotes.

A few people along the way had told us to go to Uxmal in place of Chichen Itza and so once we discovered that they were actually closer to Merida (and that we could cool off in a couple of freshwater sink holes on the way back into town) we were sold.

The roads around Merida were practically empty and so we found ourselves out at Uxmal in no time. 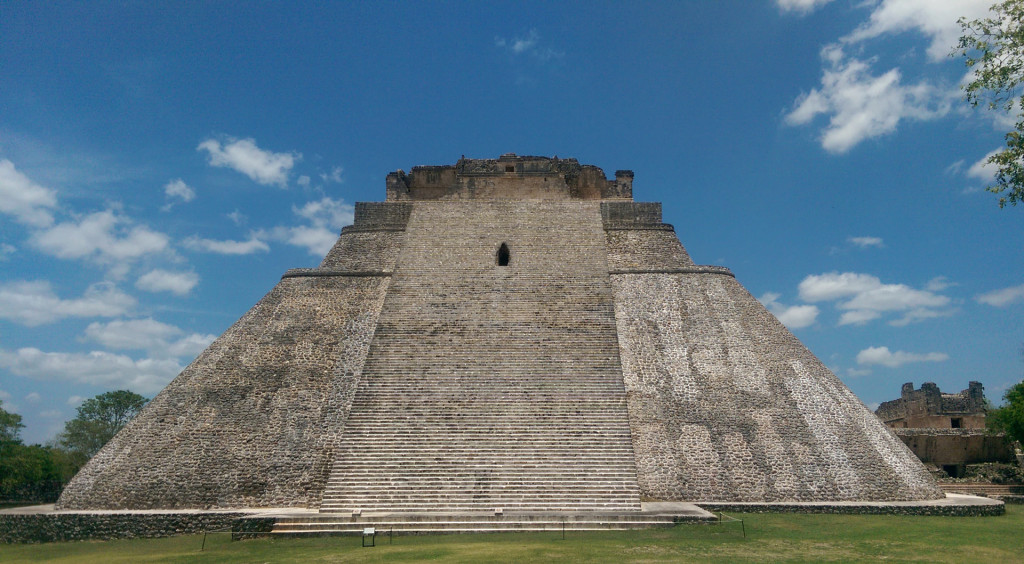 Apparently the metropolitan and religious centre of the Puuc region
between the 7th and 10th centuries, Uxmal is a huge and important archaeological site and we practically had it to ourselves! 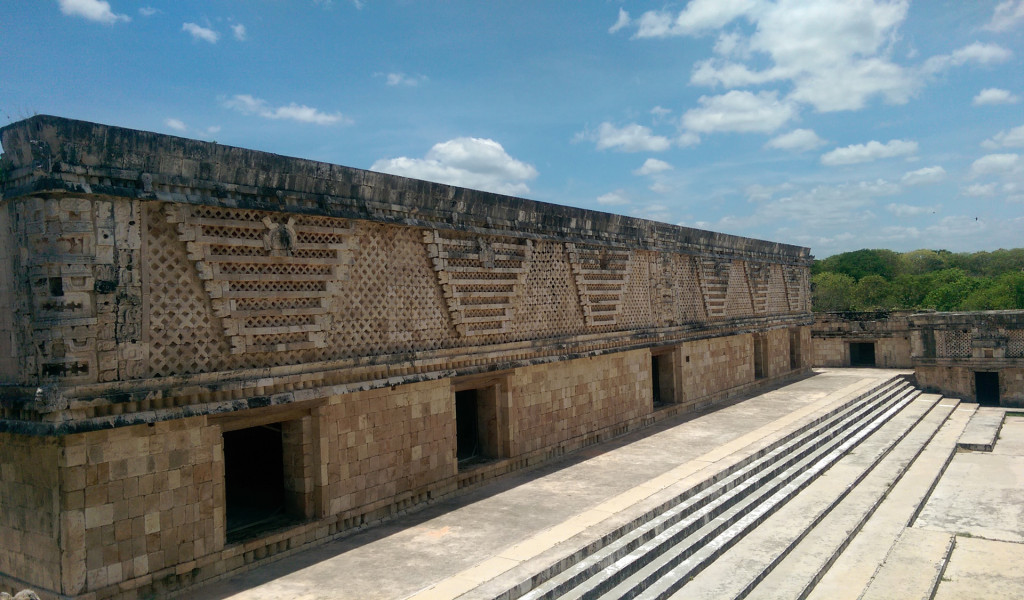 And unlike Chichen Itza you can actually get a bit closer to the buildings and temples. 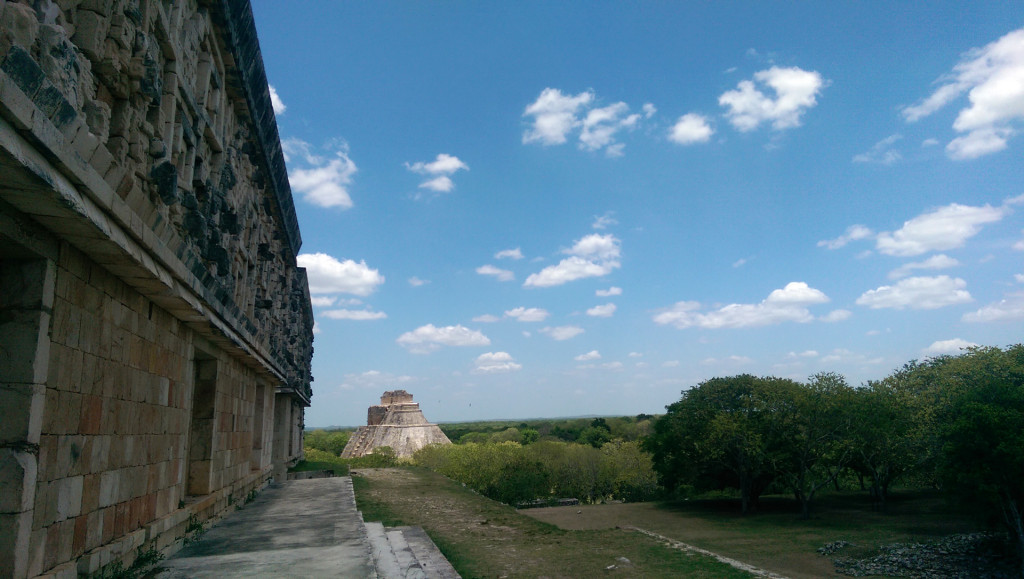 The buildings featured some amazing carvings and I couldn’t believe they were so well preserved thousands of years later. 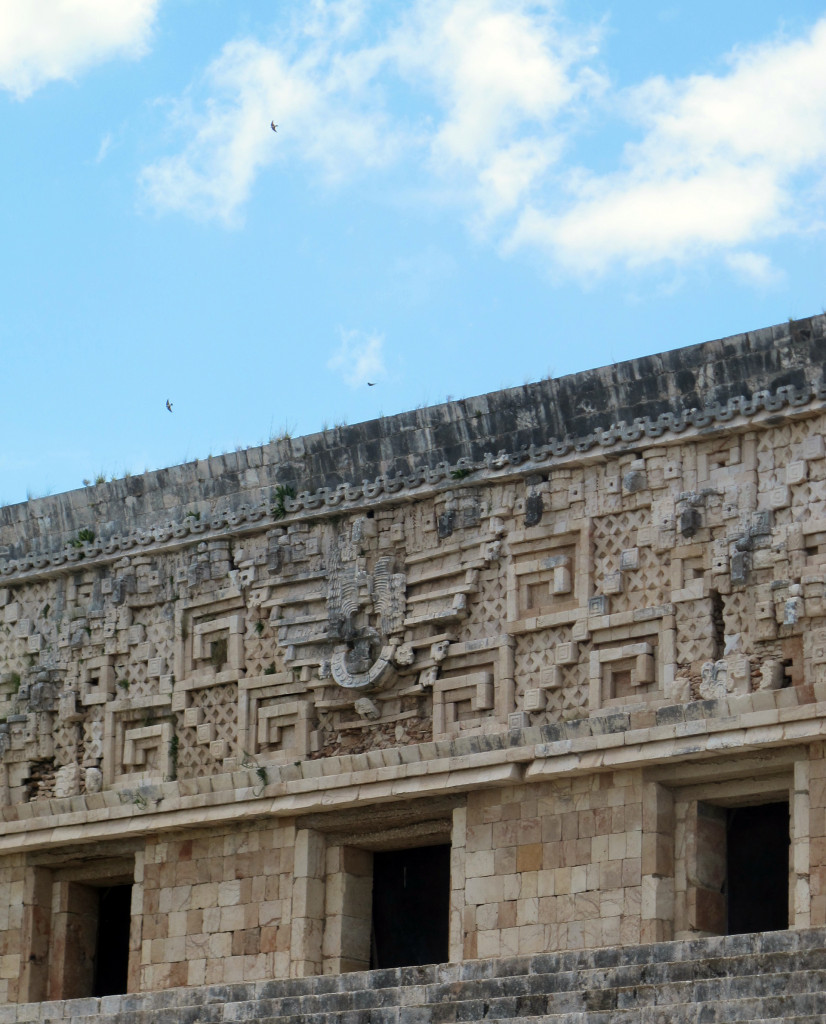 From Uxmal it was a short drive on to Kabah – a much smaller set of ruins but famous for the palace of the masks which features nearly 300 masks of Chac, the rain god, on one side 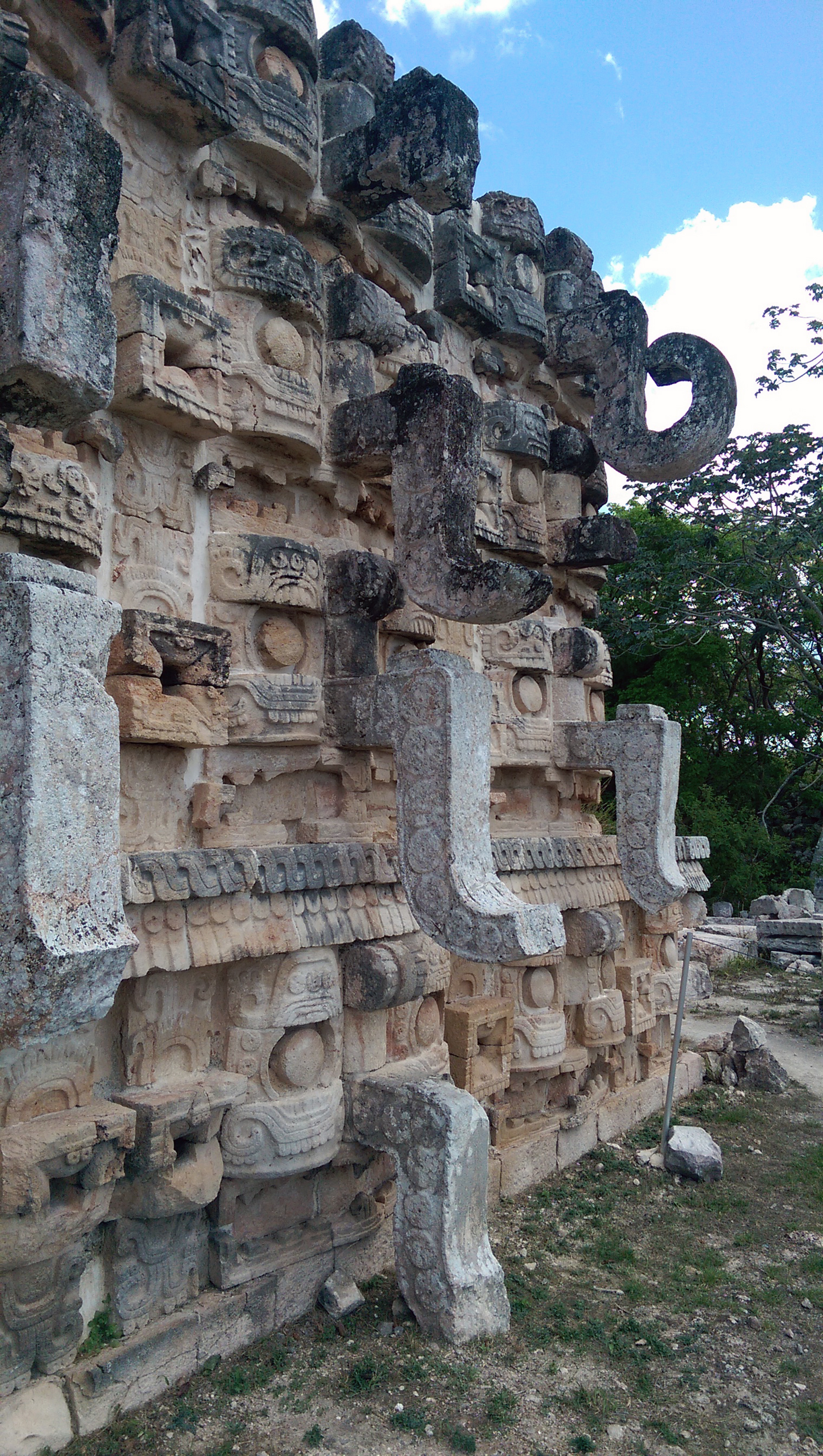 and two atlantes (3D carved human figures which are very unusual for Mayan temples) on the other, 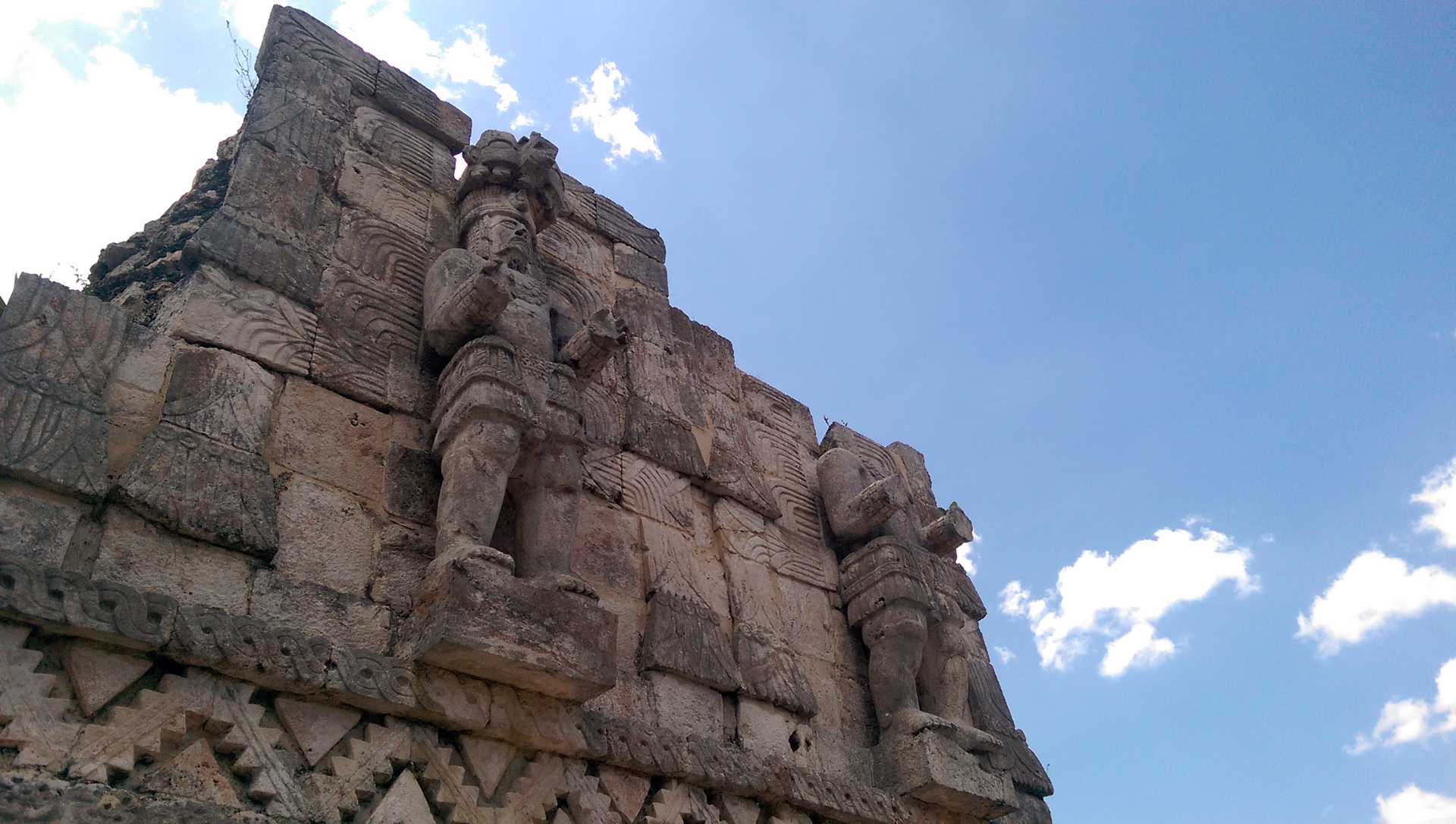 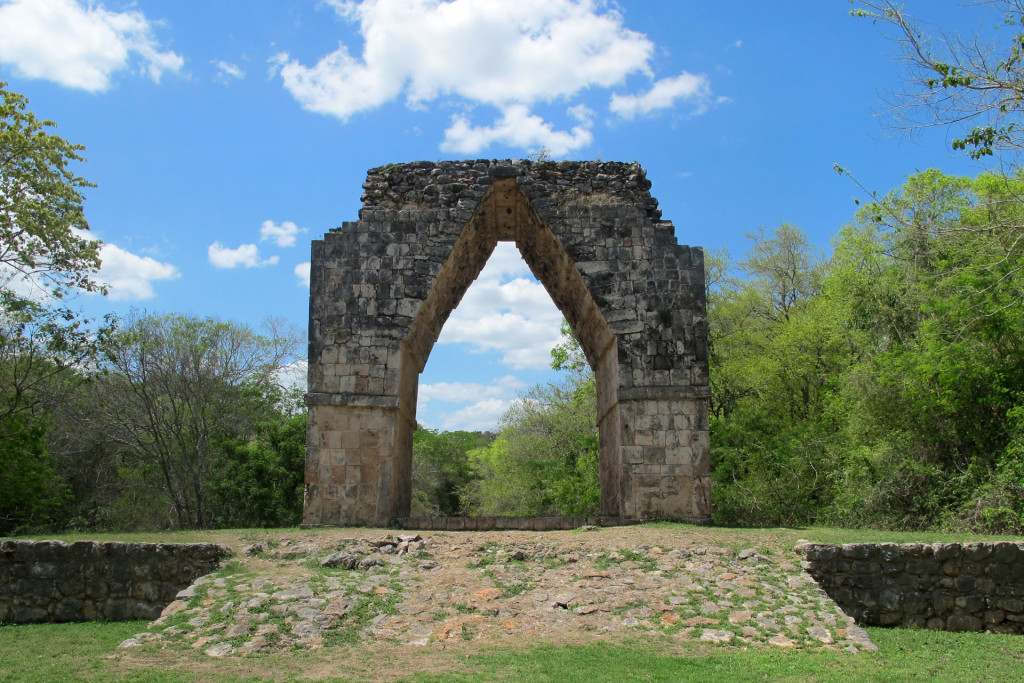 On our way back to Merida we headed off road for a while – the dirt track leading to the cenotes was pretty slow going and uncomfortable but it was well worth it.  There are two San Antonio Mulix cenotes – one is completely open to the air and one is partially underground. 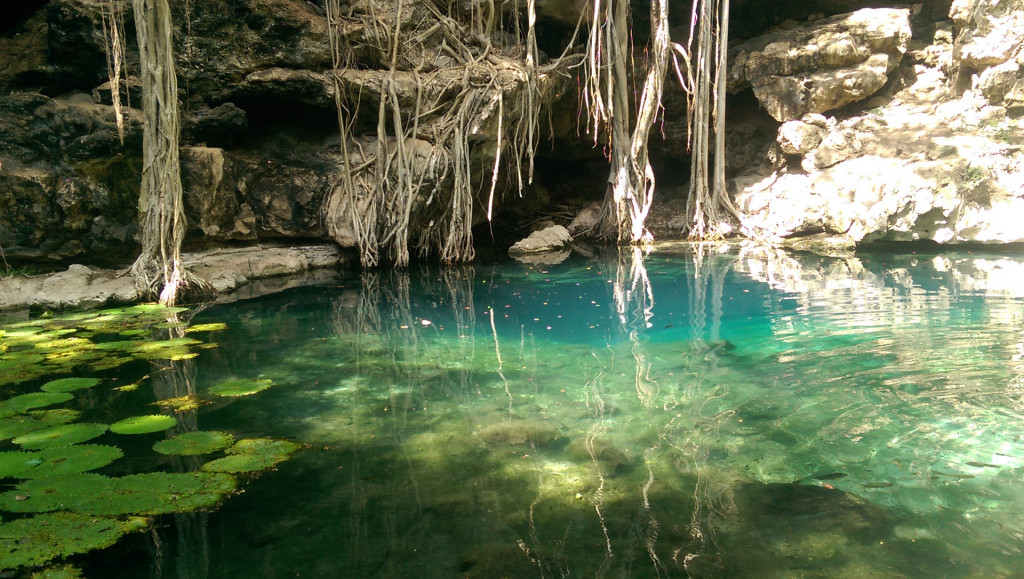 Look at the colour of that water! 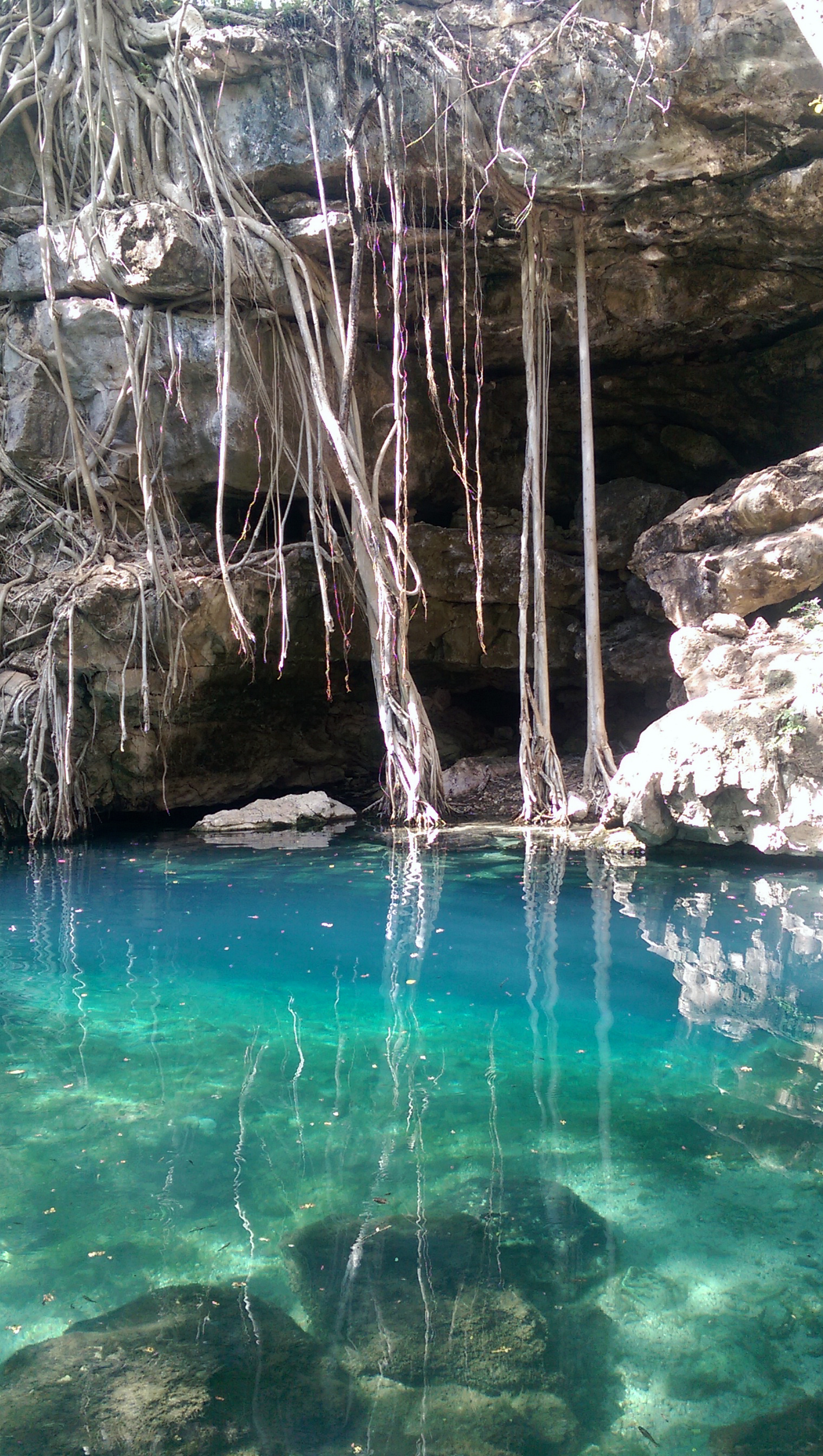 Naturally I jumped right in.

After frolicking with the fishes in the cool, refreshing water I was restored for a quick dash of the top spots in Merida town itself.  If you’re planning a trip to the Yucatan, I’d definitely make time to explore these lesser known ruins of Uxmal and Kabah and the beautiful secluded freshwater pools.