Escape eat explore has suffered from a serious lack of attention while I focused on revision, but there’s lots to share from my pre-exam holiday to Japan and Taiwan and revision breaks so expect a flurry of posts! First up, our brief sojourn in Taipei.

Taiwan has been gradually making it onto the travel map, and from our brief stop there it is easy to see why. Despite it’s size, it packs a punch in terms of culture and natural beauty, great hotels and a burgeoning coffee and cocktail scene…and that was just Taipei.

As Taipei is quite small and the MRT so efficient, not too mention clean and cheap, it’s easy to pack a lot of sightseeing into a couple of action-packed days.

Fuelled by coffee from Taipei’s thriving artisan café scene (Rufous was a personal favourite) we started our day of sightseeing at the city’s two most famous temples (both of which are conveniently located a short walk from Yuanshan MRT station). 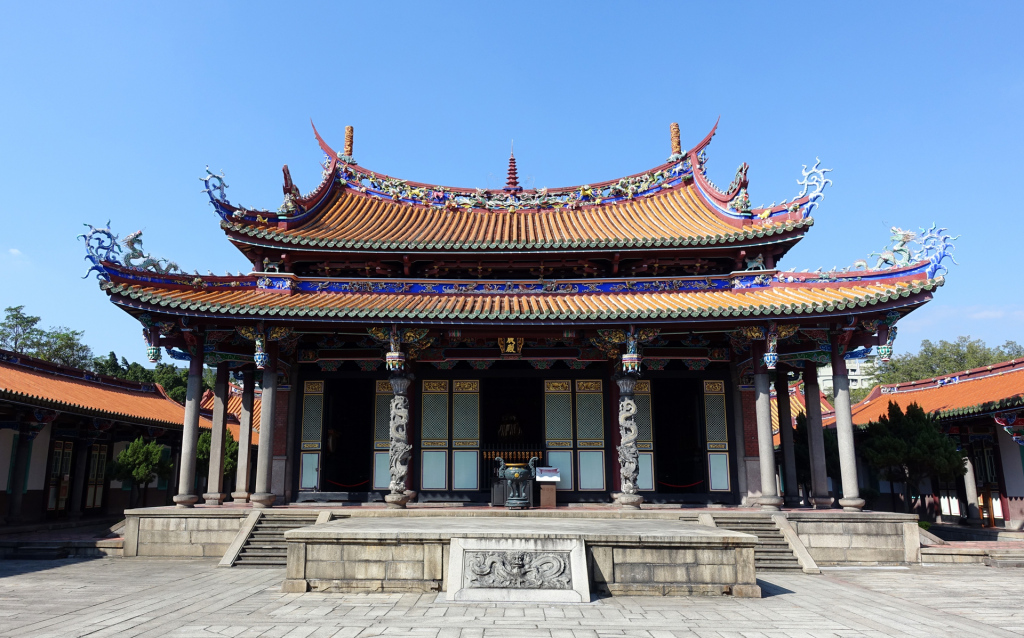 The coiled dragon pillars in the middle of the Dacheng Hall (above) are considered to be particular masterpieces. 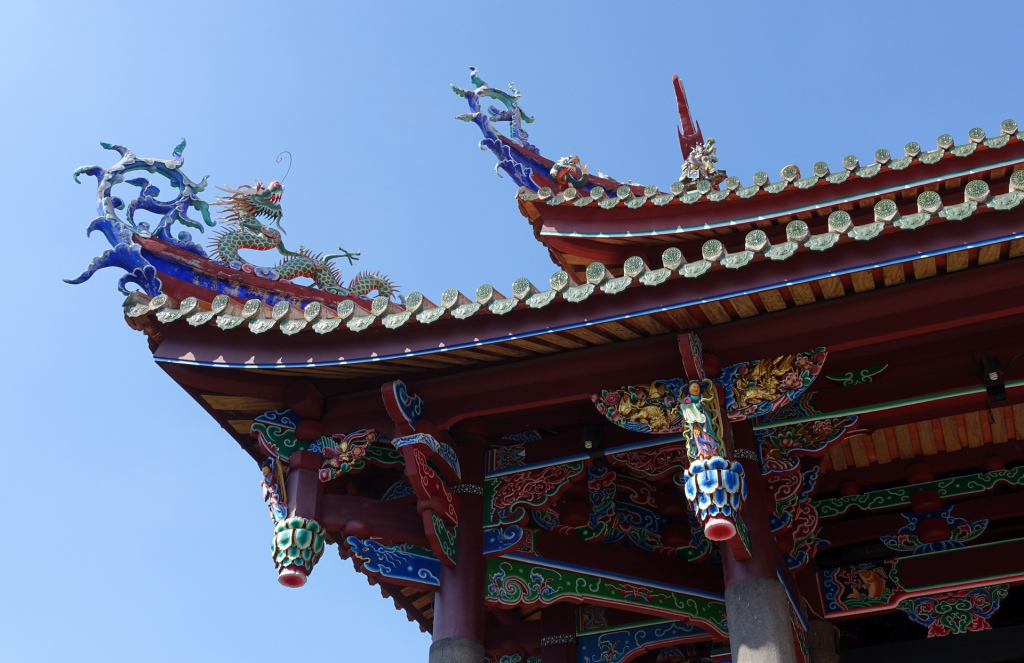 And I loved the way the bright colours of the craftman’s work shone out against clear blue sky.

Bao’an Temple, by contrast, is more traditional – founded in 1760 the decoration has been expertly restored and the detail is mesmerising. 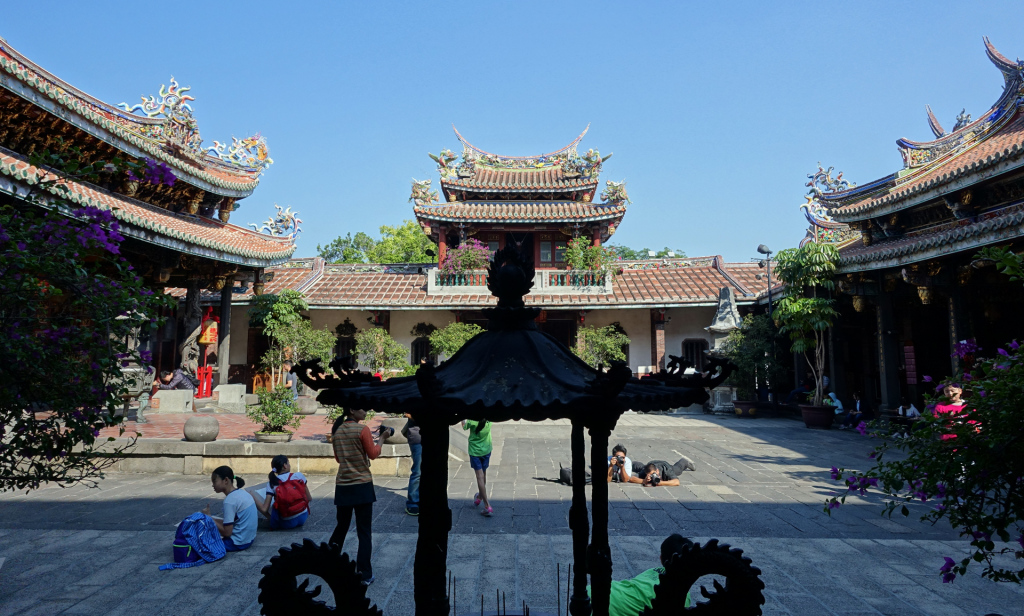 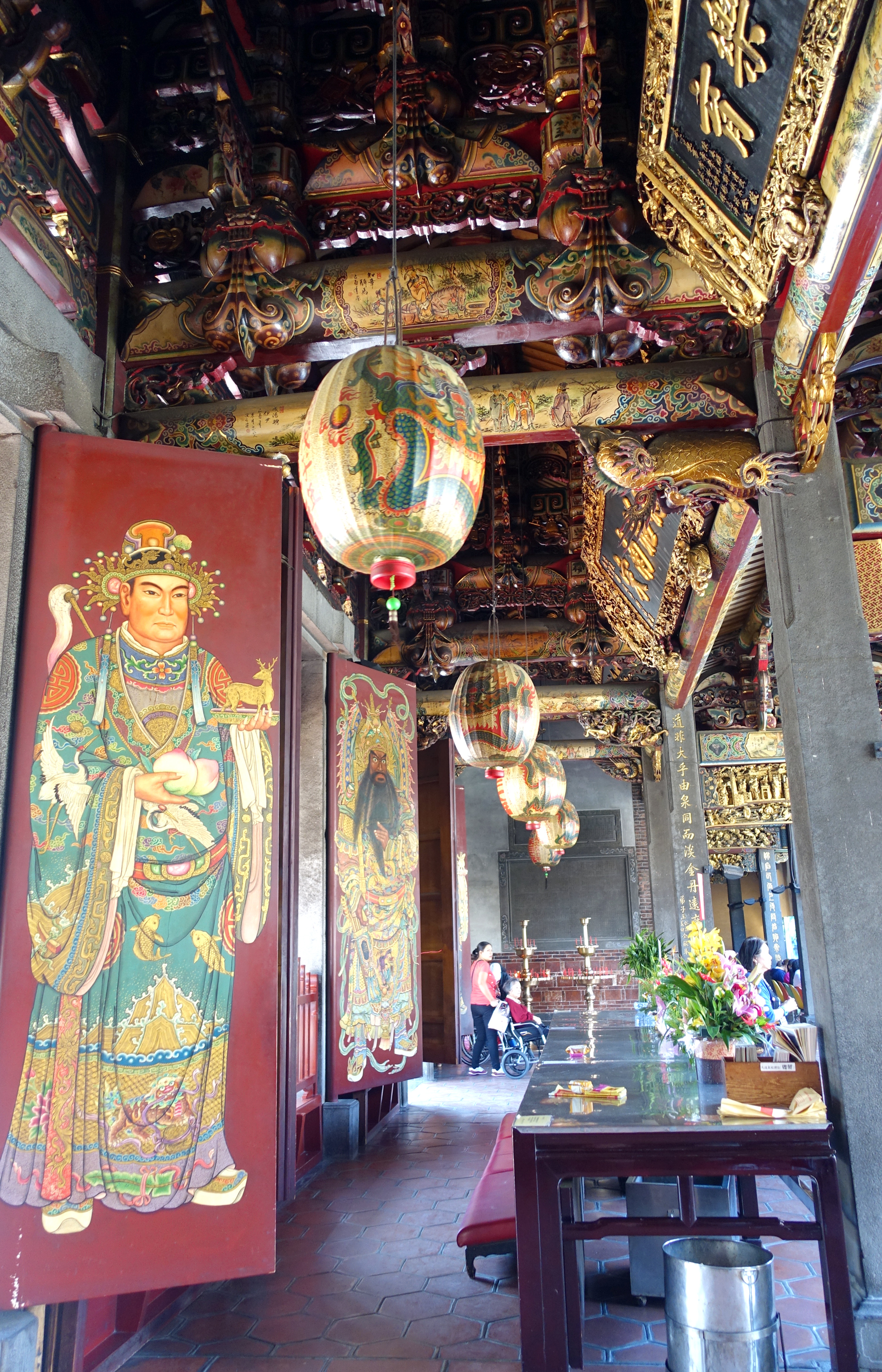 I preferred its slightly more muted palate to that of the Confucius Temple and enjoyed the alive yet peaceful atmosphere resulting from the fact that the temple is very much an active place of worship.

We stopped for lunch at the original Din Tai Fung (No. 194, Sec. 2, Xinyi Road, Taipei – MRT Dongmen Station Exit 5). The Shanghai-style dumplings of this world-famous chain (the Hong Kong version of which has earned a Michelin star) are perfect for a quick, tasty and filling stop on the tourist trail.  I’m not usually a fan of pork but the XiaoLongBao were packed with flavour. 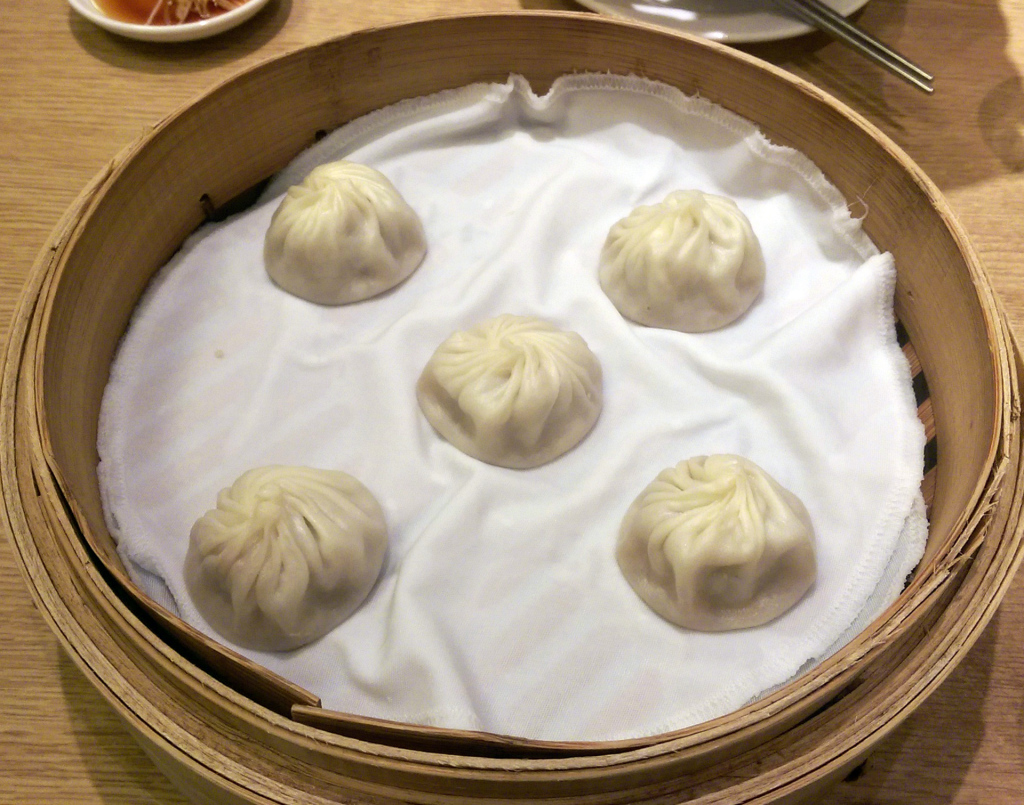 Just be sure to arrive early – even though there are seemingly endless floors in the restaurant and a number of branches in the city, the queue snakes around the block pretty quickly 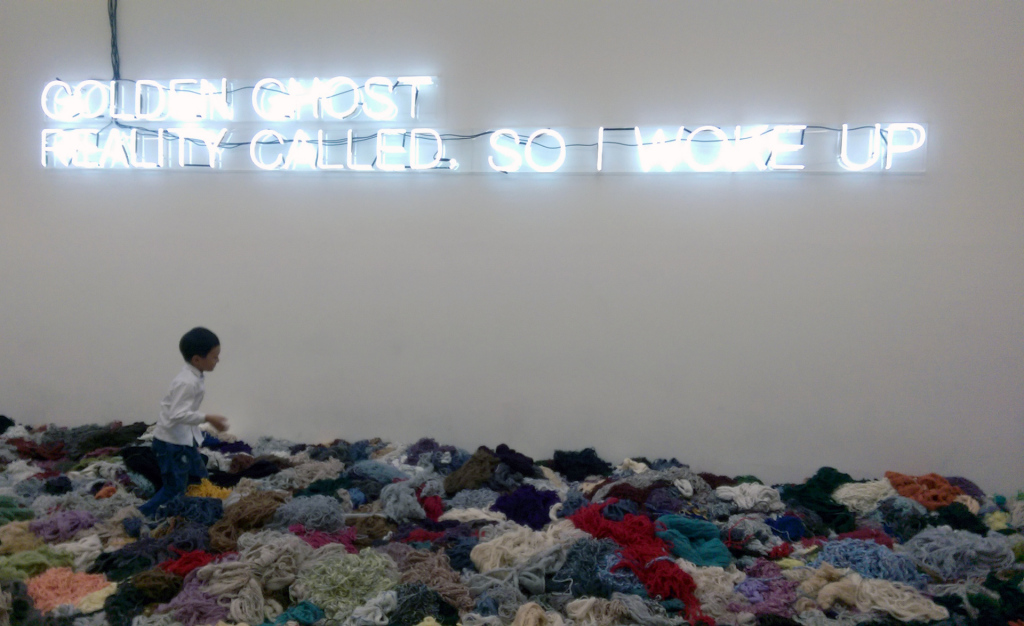 and the pieces on show shocked, confused and amused us for a few hours… 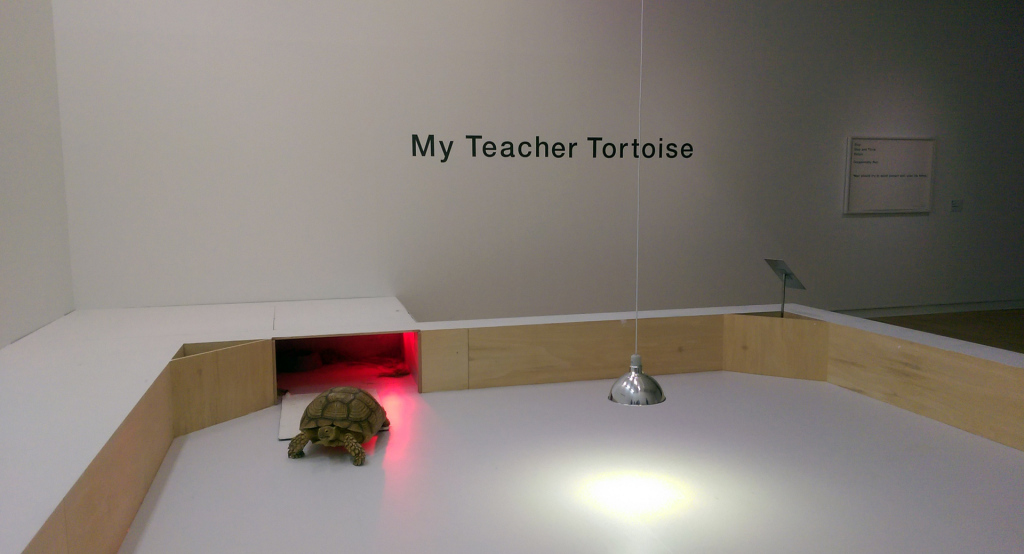 To top off the day we travelled back across town to Xiangshan Station in order to scale Elephant Mountain. Don’t let the moniker put you off – the climb may be steep but it is paved and only takes about 15-25 minutes. And it rewards you with a breath-taking view of the city. I think it might be one of my favourite skylines to date – I love the way that Taipei 101 stands out so magnificently… 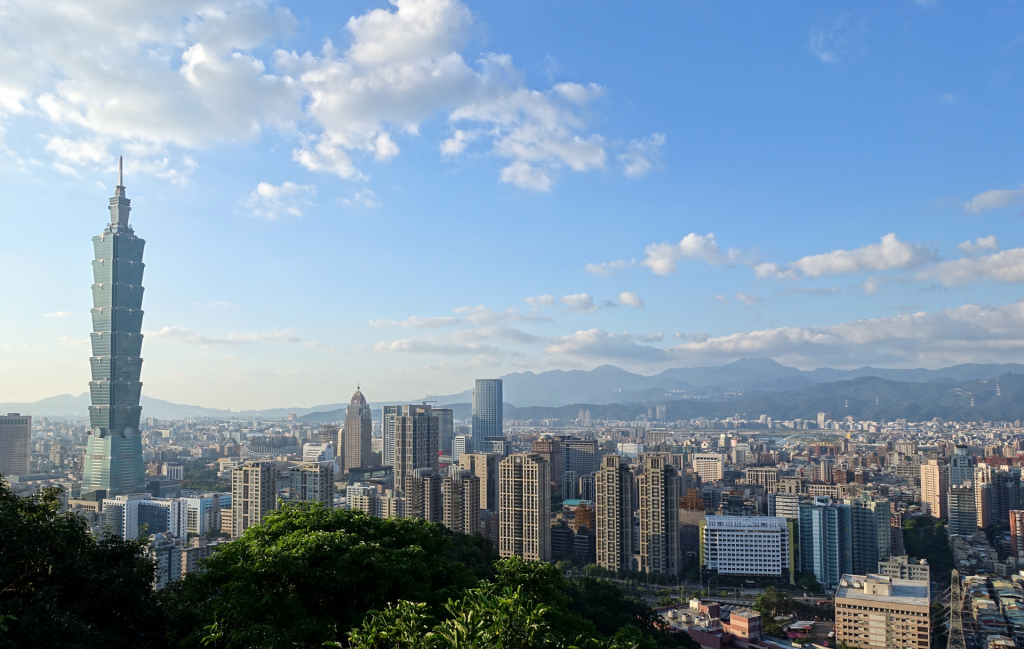 We were lucky enough to have a clear day and so stayed perched on a rock to watch the sun set over the city. 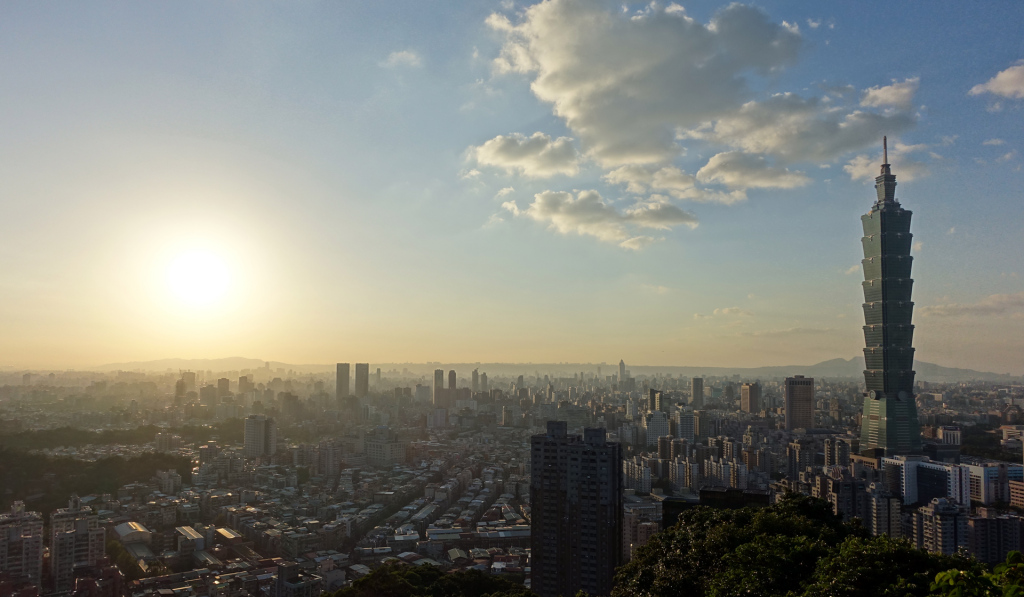 Inevitably I got snap happy… 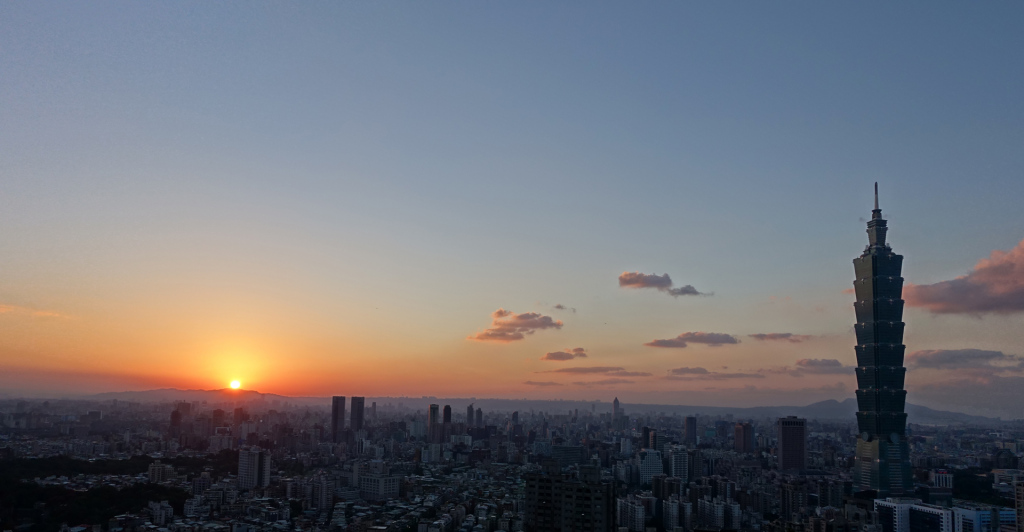 Rather than head straight back to ground level we finished off our day with a different view of the city from the W Hotel’s Woo Bar.  My phone camera didn’t do the place justice but gives you some kind of an idea… 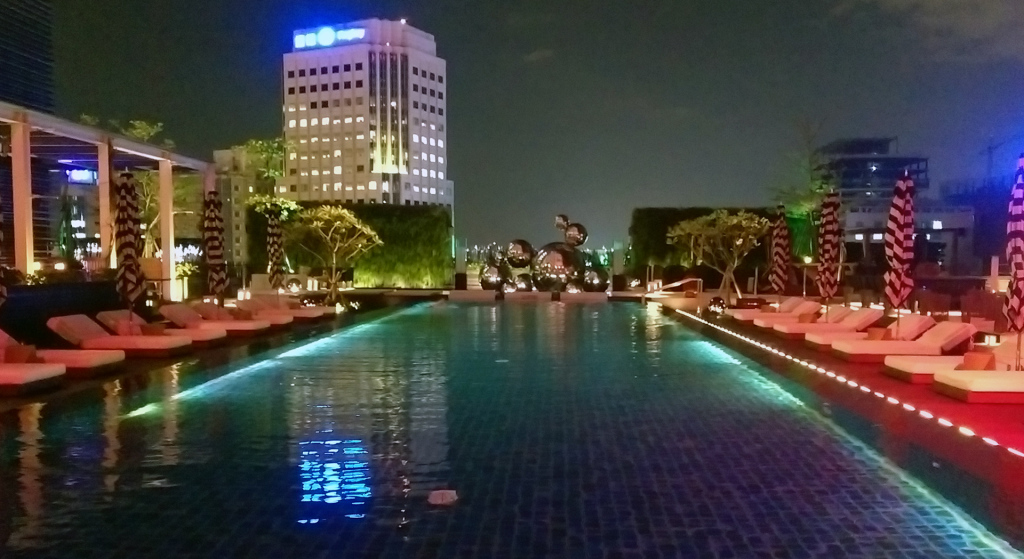 Watching the twinkling city lights by the pool over a couple of cocktails (the Illusion Sparkles is highly recommended) was the perfect way to wind down from a rather whirlwind day.