A couple of years ago I was lucky enough to have the opportunity to live in Japan and it’s safe to say that this wonderful country, its people, its sights (both natural and cultural) and its food seriously got under my skin.  So it seems only natural that I would introduce a regular feature which harks back to all the amazing places I visited and ate at while I was living there (and on the return trips I have made since)…so welcome to Tokyo Tuesdays.

Tokyo, the most populous metropolis in the world, has buildings as far as the eye can see and, if you’re lucky, a view all the way out to Mount Fuji.  My top five ways to take in a mind-blowing panoramic view of Tokyo:

At 54 floors, the Mori Tower is one of the tallest in Tokyo. And on the 51st floor is a private members club which boasts a seriously spectacular view of Tokyo… 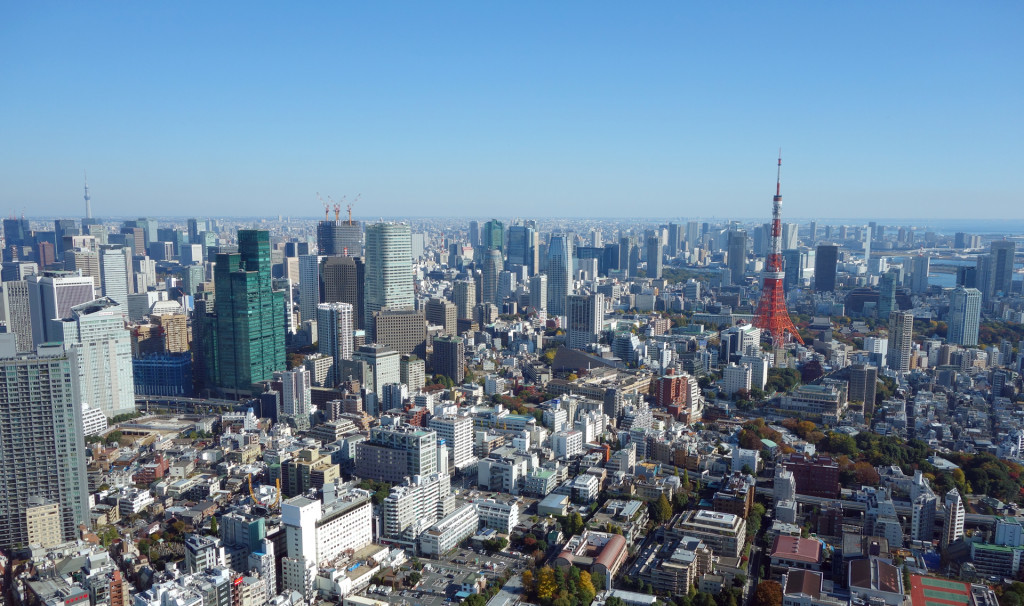 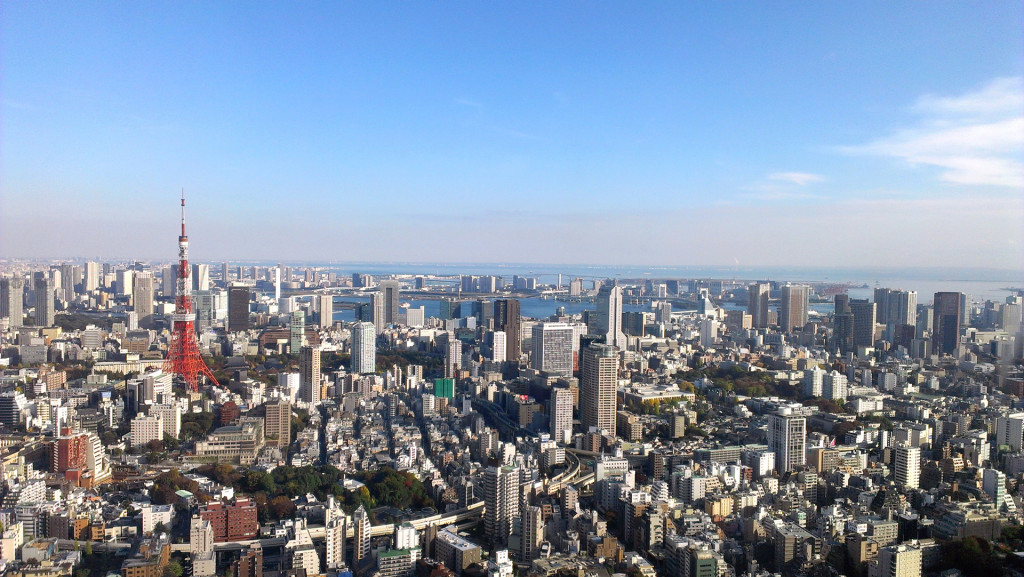 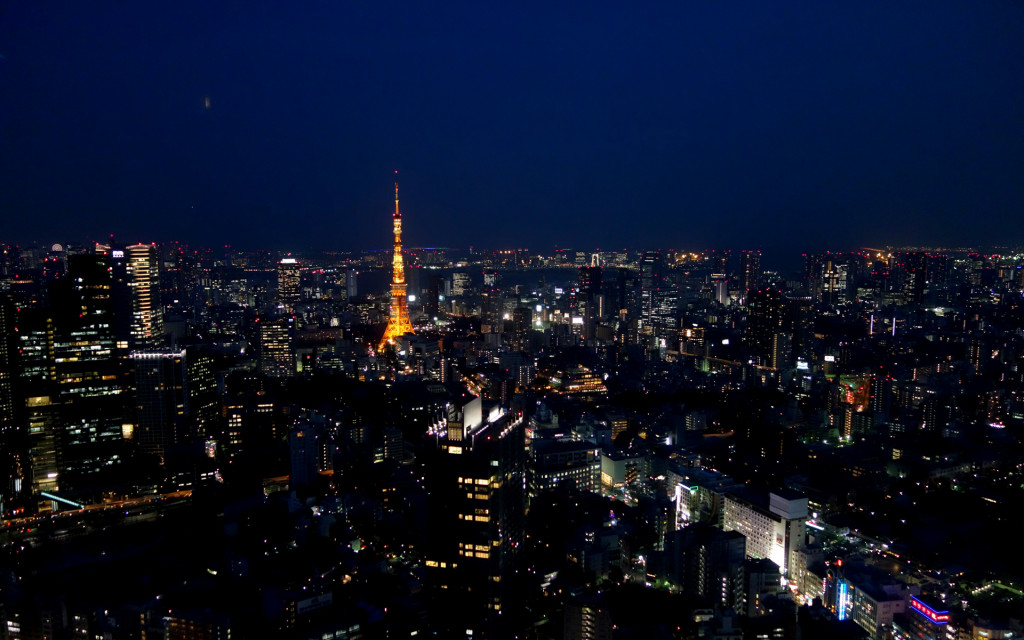 If you don’t have friends with a membership, a good alternative is the Tokyo City View observation platform (also in the Mori Tower).  If you have a little extra time I’d recommend that you combine this with a trip to the Mori Art Museum which showcases some major exhibitions (historic exhibitions include Ai Weiwei and Andy Warhol).

One of the main draws about checking out the endless view of Tokyo from the Park Hyatt is the opportunity to combine it with afternoon tea at the Peak Lounge on the 41st floor (complete with bamboo garden) or a cocktail at the New York Bar and Grill on the 52nd floor (better known as the bar from ‘Lost in Translation’).

One of my favourite places to see a 360 degree view of Tokyo is to go up the towers of the Tokyo Metropolitan Government Building.  A plus point for this 45th floor view of the city is that it is totally free and has a number of very Japanese gift shops to amuse you. 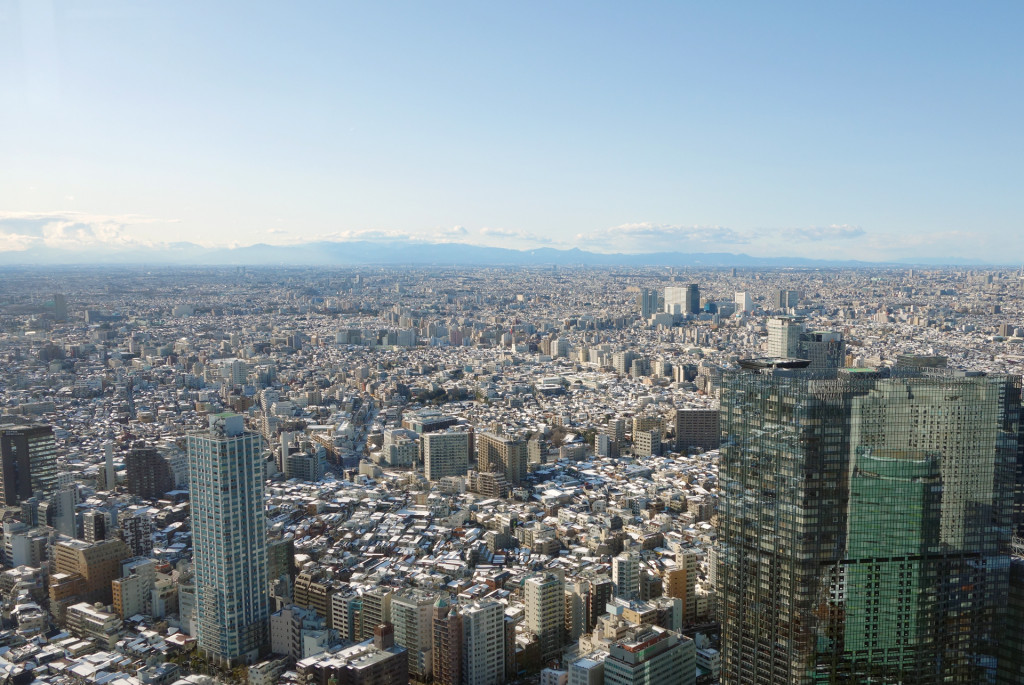 The Tokyo Metropolitan Government Building can be found at: 2-8-1 Nishi-Shinjuku, Shinjuku-ku, Tokyo

I’m slightly cheating by adding this to the list as I never actually went up the Tokyo Tower.  In part because I think its a bit of a waste to go up a skyline’s major landmark as your view is then lacking one of the main features, and in part because a trip to the observation deck a pretty expensive day out…nevertheless, on a clear day, I hear the view is fantastic.

Sadly, the best view I actually had out over the city (and of Mount Fuji) was from the office I was working in at the time.  Even sadder is the fact that I only ever managed to record this fantastic view on my blackberry… 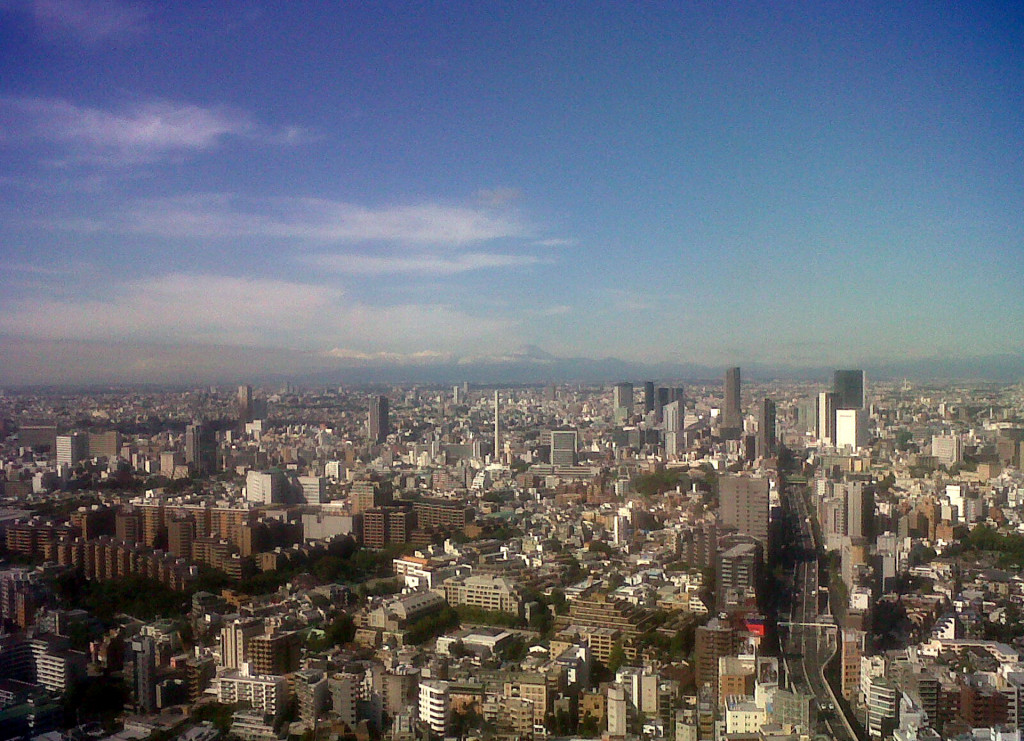 Trust me this couldn’t do the view less justice!

If it’s a nice day in Tokyo it’s definitely worth chasing the elusive view of Fuji-san as it’s what sets the view of Tokyo apart from all other metropolises and hopefully the above give you a number of ways to.  Any other suggestions more than welcome as I’m sure there’s a view or two still to be had…