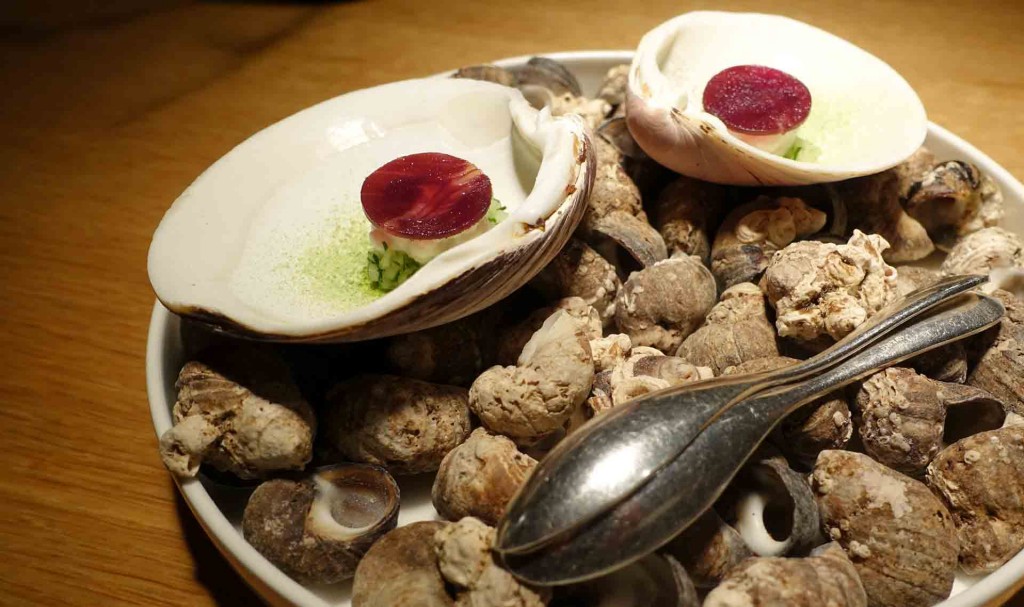 Magnus Ek and Agneta Green’s fine-dining restaurant Oaxen Krog gained its second Michelin star just before our trip to Stockholm, so we were feeling pretty pleased with ourselves at having booked in already! Situated on the water just inside Djurgarden, the restaurant has wonderful views, a beautiful interior (think classic Swedish minimalism, but the high-end kind…no Ikea here!) and has a really nice relaxed vibe.

We opted for the six course menu and given the standard of food I wish I’d had space for the ten course offering (sadly the lure of Swedish pastries earlier in the day had put paid to that idea!).

We started with a series of small bites. I have to confess that I can’t remember what all of them were except that they were generally delicious. 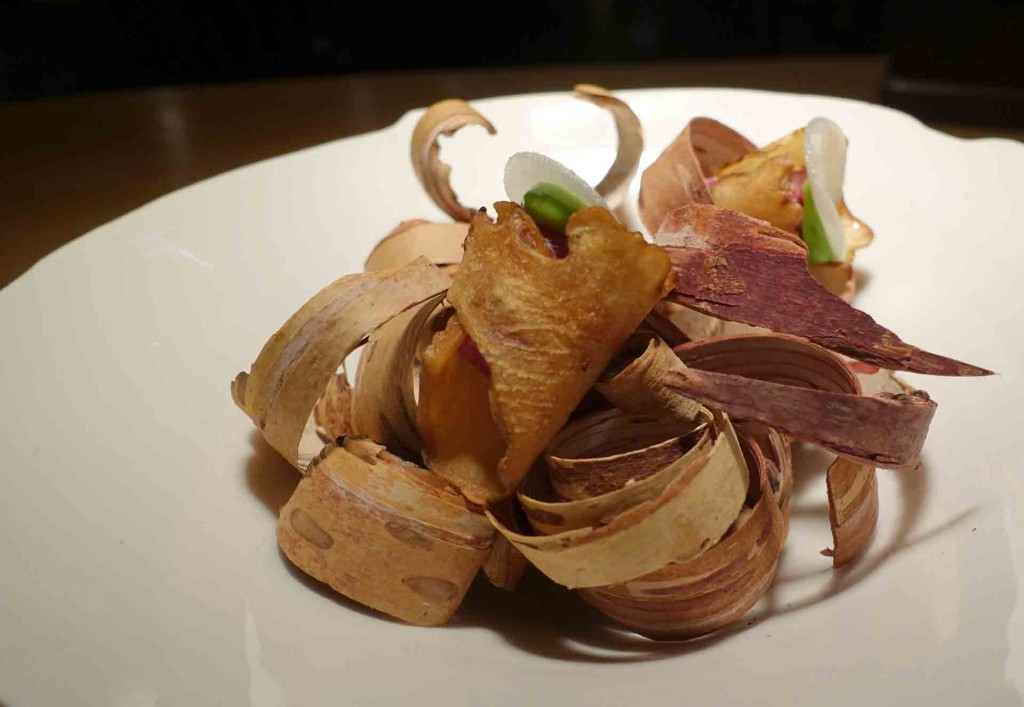 This smoked reindeer was particular good 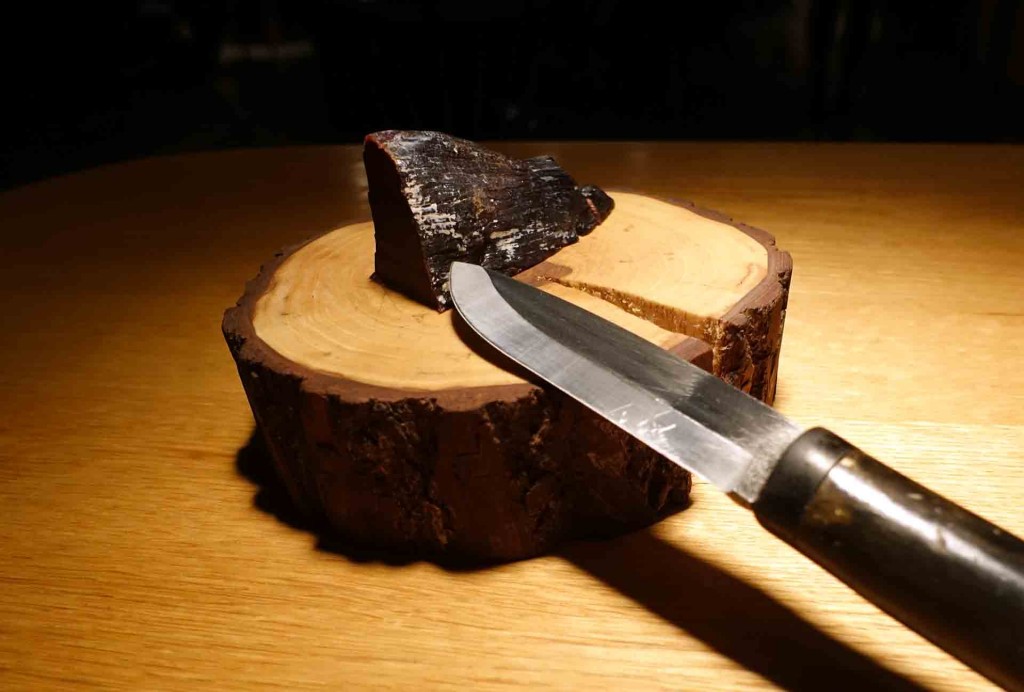 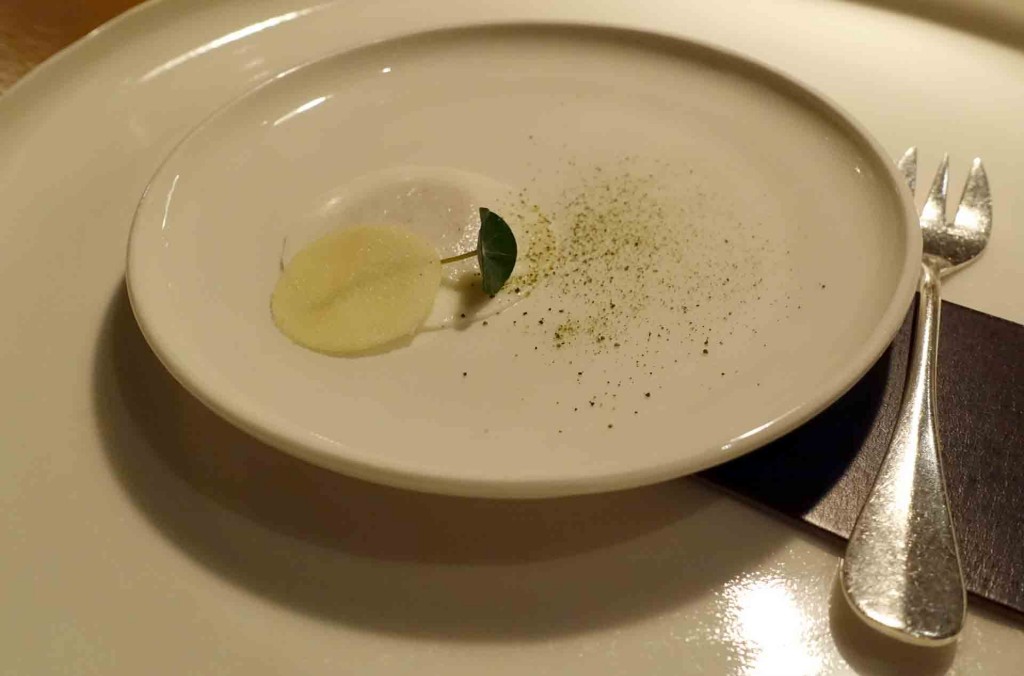 Some very satisfying crisps made an appearance. That crunch again, it clearly wasn’t a one off last night – Swedish fine dining really does agree with me on texture! 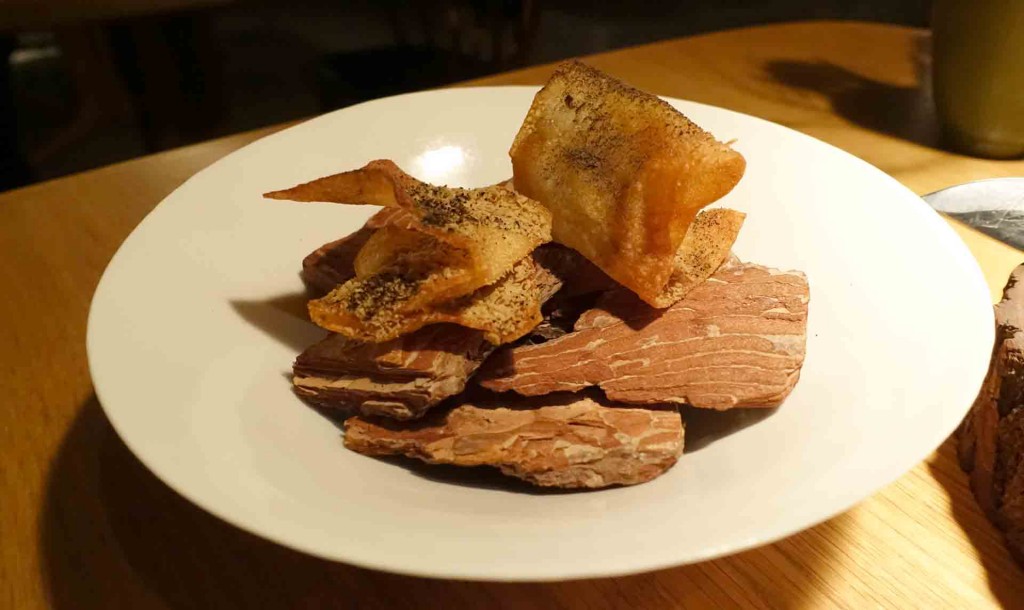 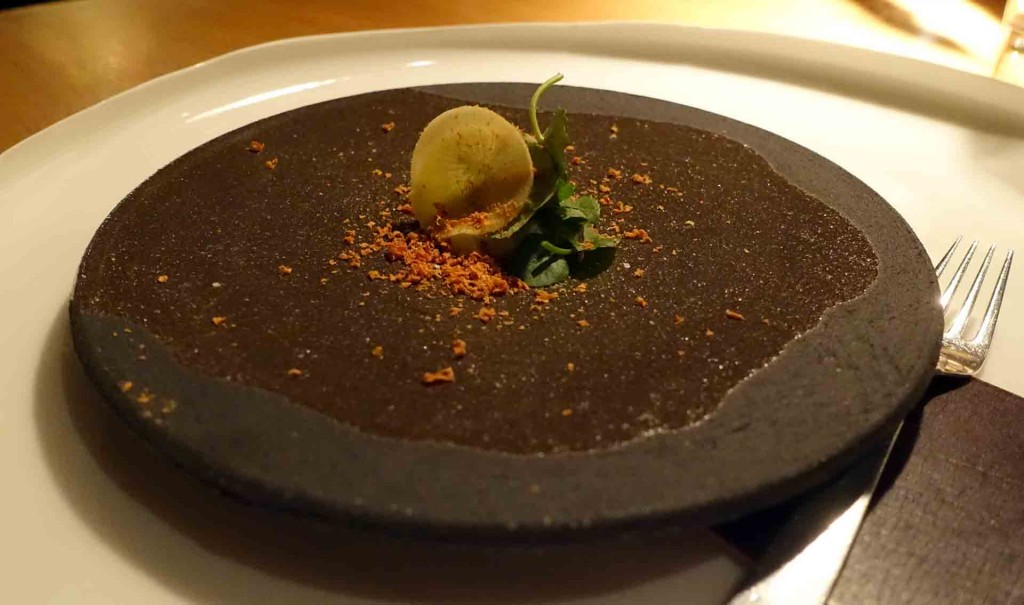 But these prawns were a little disappointing 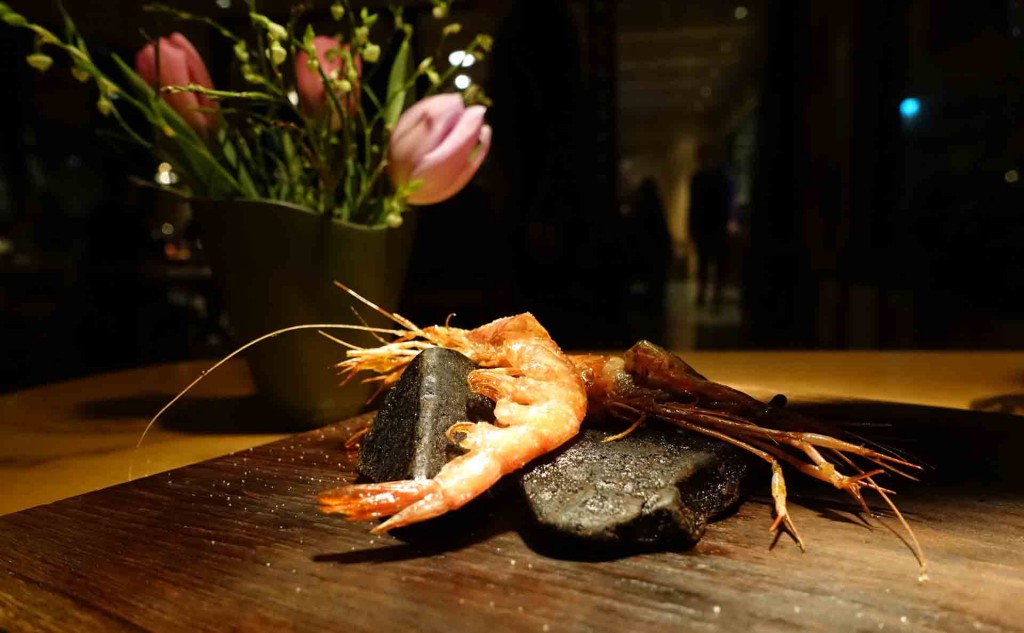 We were also served some seriously delicious bread with freshly whipped butter. 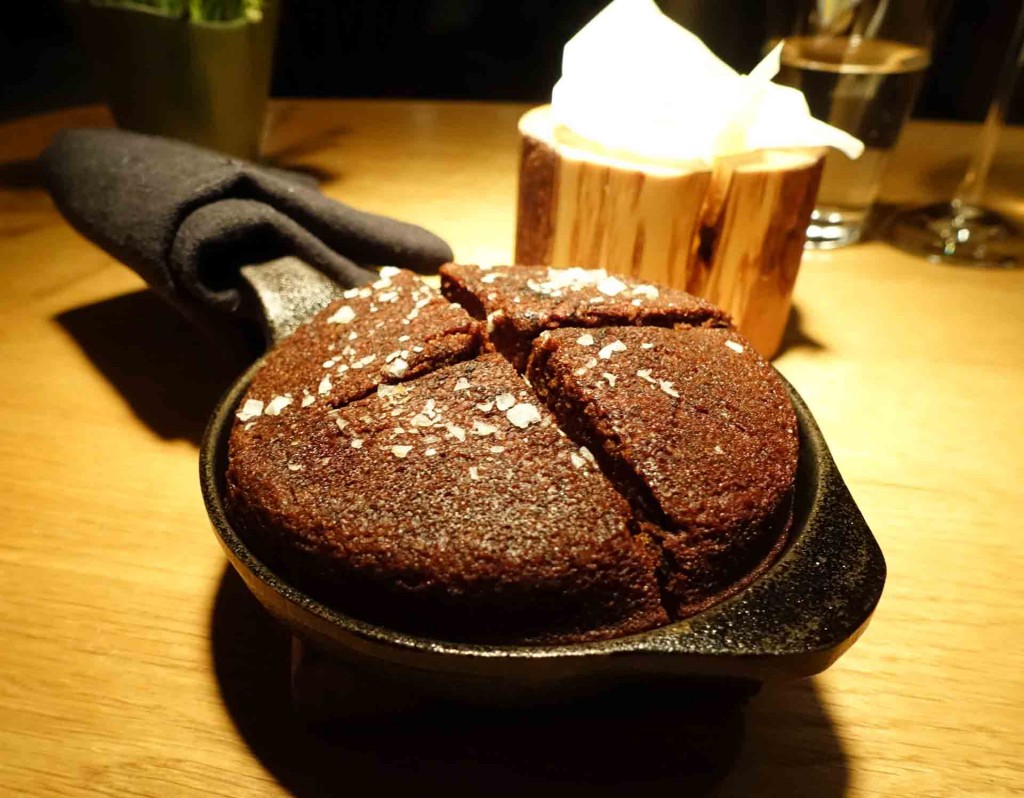 The bread itself was slightly sweet and spicy with the salt on top providing a great contrast. I had to be very controlled to ensure that I could fit in all the main dishes!

Our first larger dish was scallop cooked in dill and cream of kale with fennel and roasted almond. 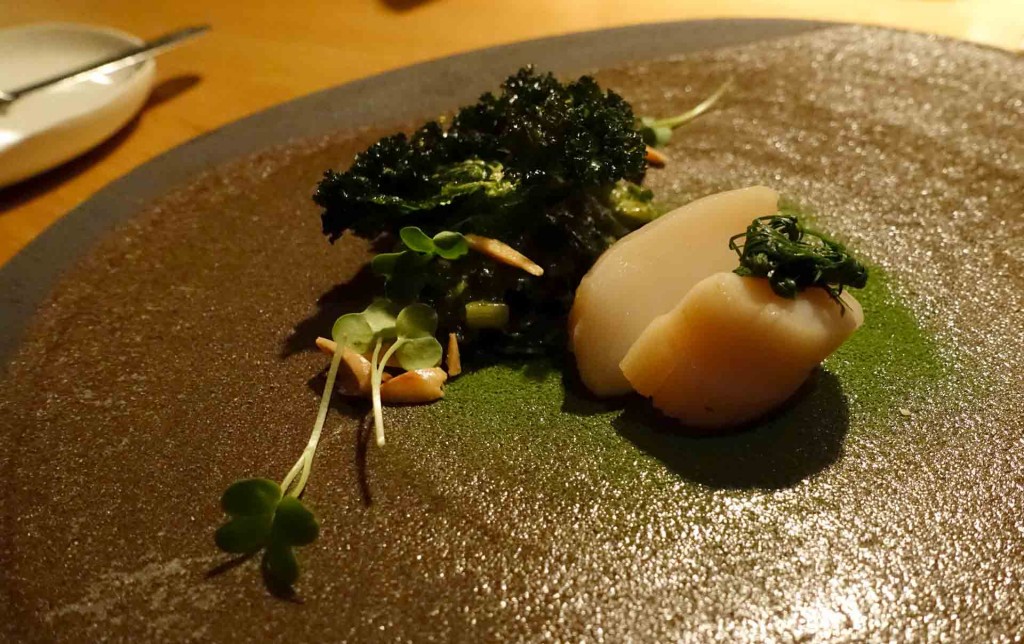 I really liked the fresh accompaniments that went with this, especially the crispy kale. Sadly the scallop itself just wasn’t quite as big and juicy as the one we’d had at Frantzen the night before. 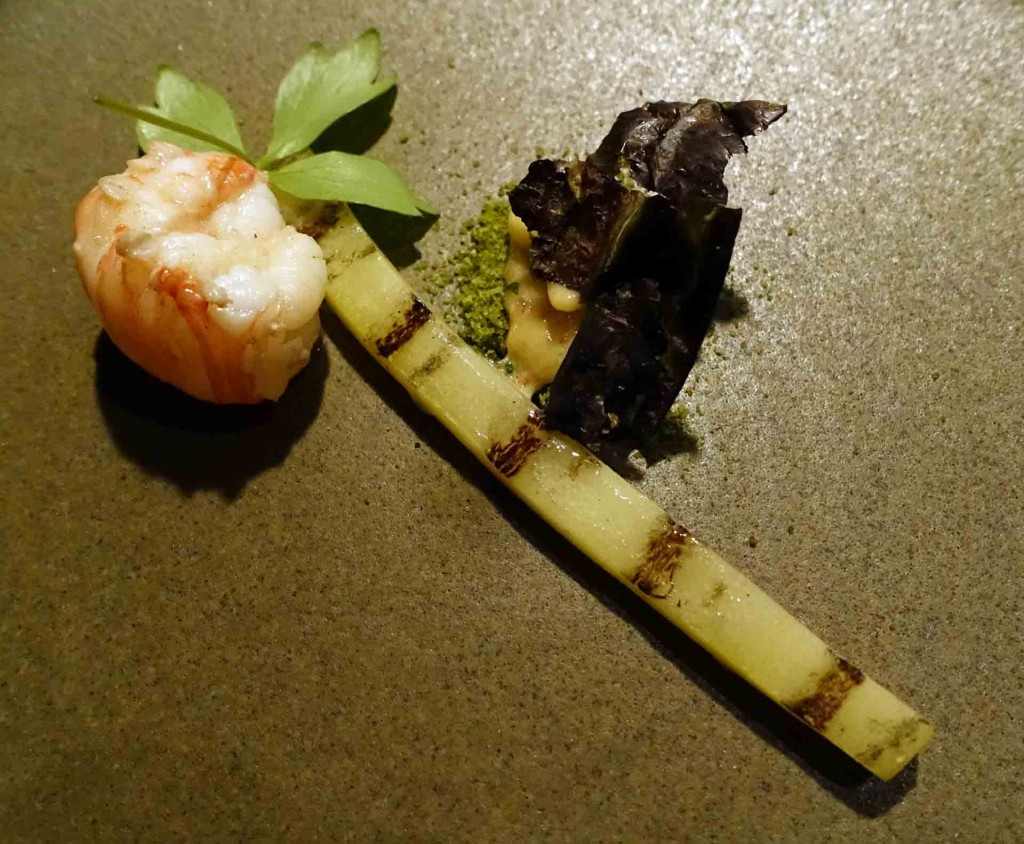 The langoustine was a little bit overcooked for me, but the sides were amazing. Given I’m not a huge fan of cream or cucumber they did something in that kitchen that set my taste buds alive!

Aged beef with mayonnaise of chicken stock, parsley puree and parsley salad (this also comes with two year old Oaxen ham for the pig eaters out there). 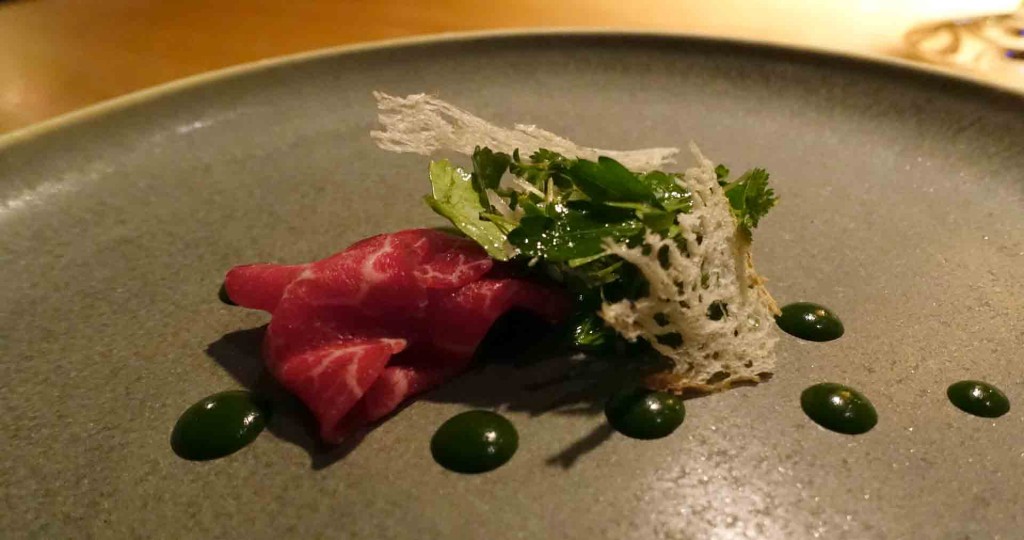 This was delicious. The beef melted in the mouth, the parsley sauce provided a real blast of herby flavour and once again there was the welcome addition of crunch. 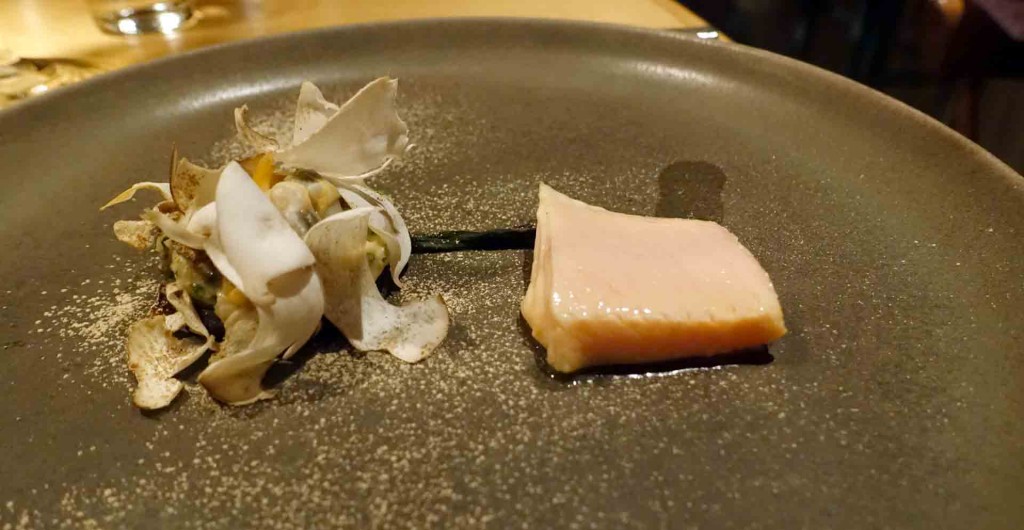 This dish was my favourite by far. The trout just had so much flavour and accompaniment of the delicate king oyster mushrooms was perfect.

Finally we had reindeer grilled on hot stone with turnip, cream of reindeer blood, lichen and mushroom and a cranberry juice 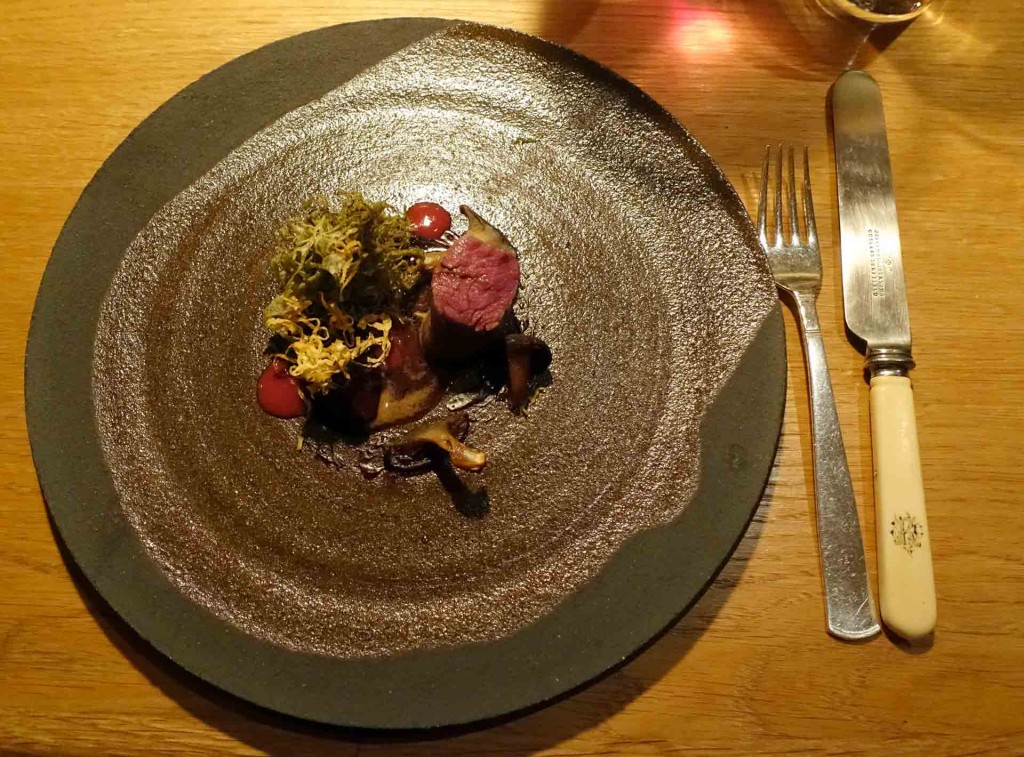 This was also really delicious – just on the right side of meaty and bloody for me and packed full of flavour.

My memory fails me slightly again on the pudding front (although at least by this point I have the excuse of the wine pairing – which was delicious btw!) There’s definitely some lingonberry in there, some milk ice cream and a crumble of sorts. 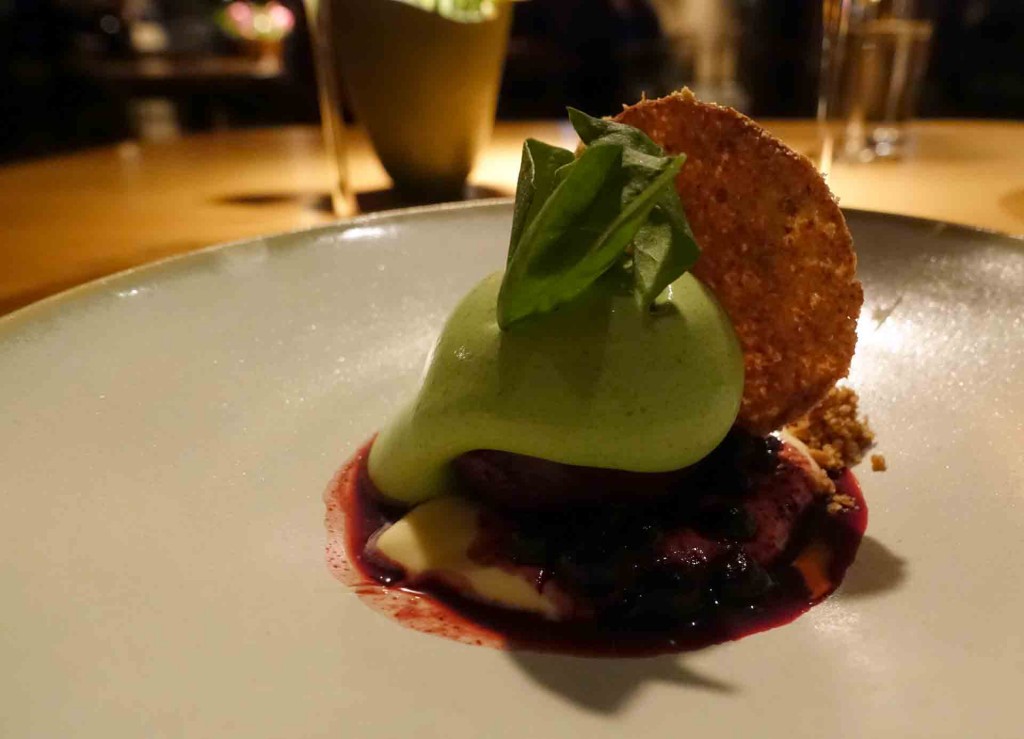 I definitely remember, however, that this beat the puddings at Frantzen so I’ll have to leave it to you to discover it for yourselves!

The meal finished with a huge box of Swedish inspired petit fours. 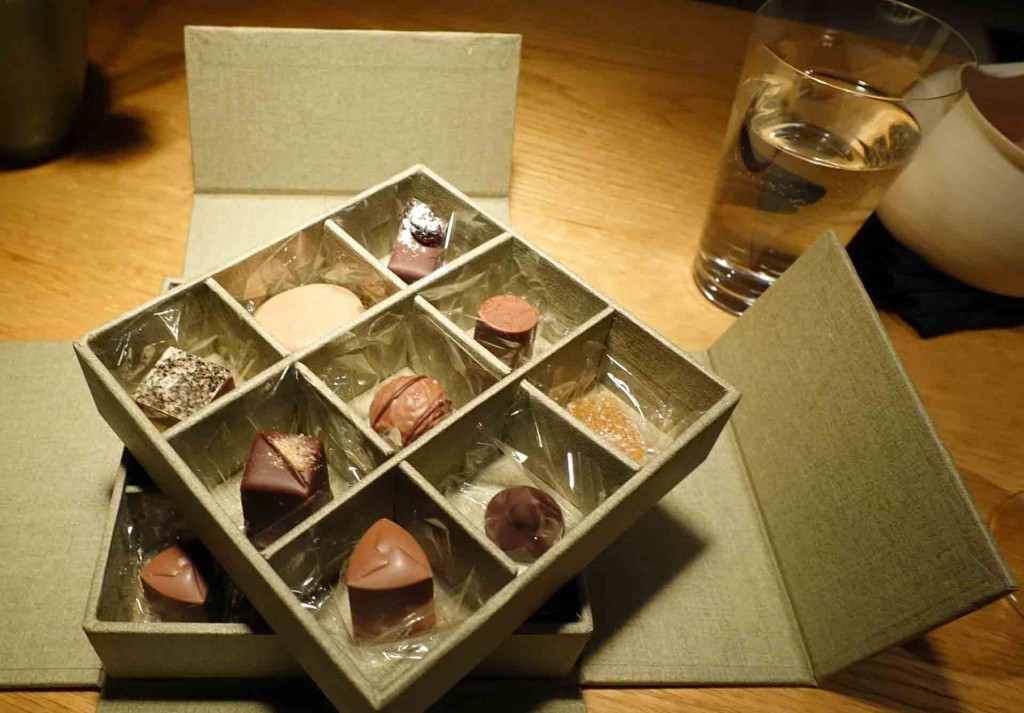 Having a box which you could take away was a really great touch – we ate most of these delicious petit fours on the place up to Kiruna the next day.

For a slightly more relaxed meal, but seriously high quality food nonetheless, Oaxen Krog is the perfect place to get a taste of haute new Nordic cuisine. We didn’t try the more casual Oaxen Slip next door but I’ve heard really good things about that so if table cloths and wine pairings aren’t your thing then maybe give that a try.

2 thoughts on “Oaxen Krog – a review”