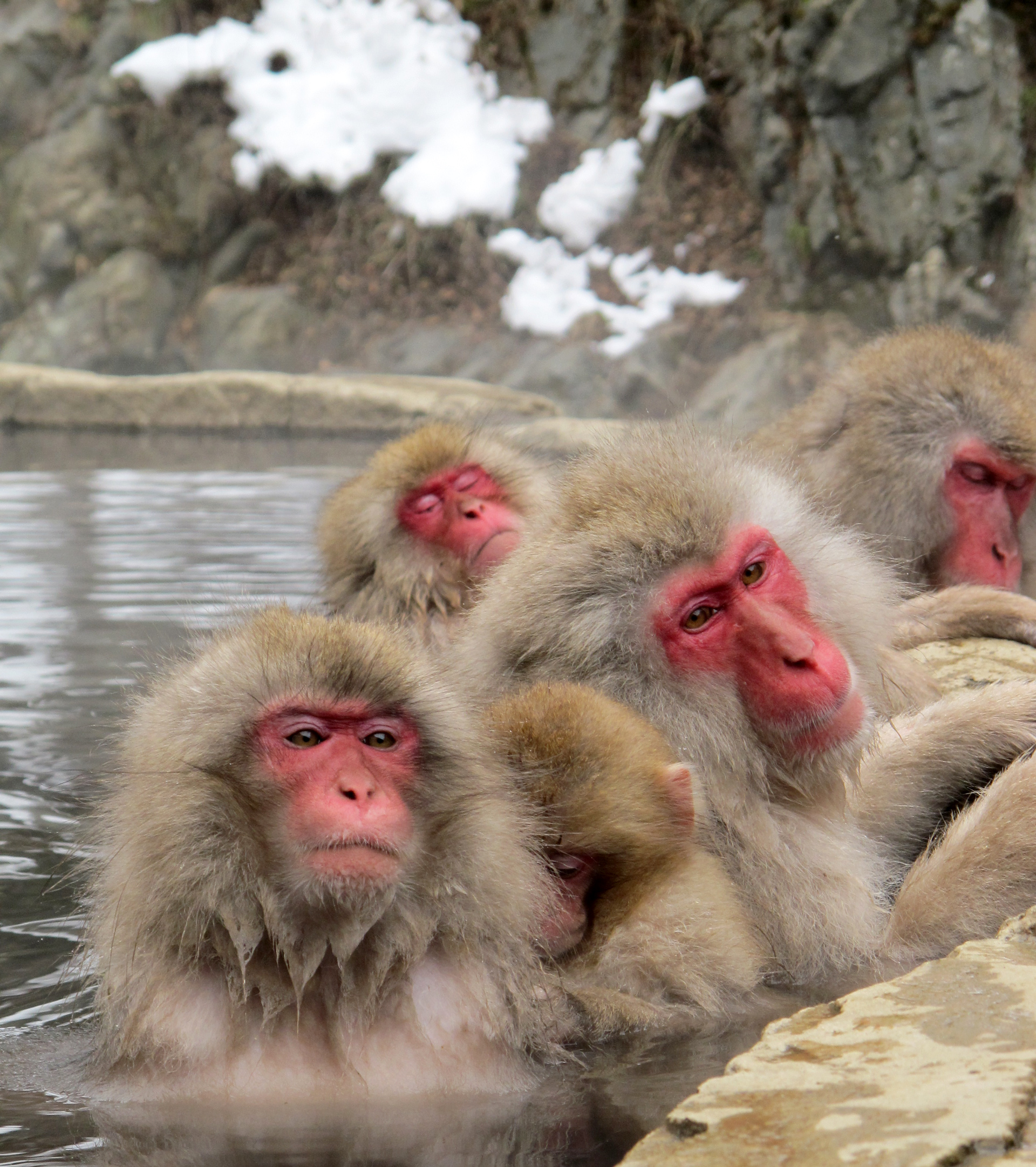 I think it’s fair to say that Japan is not generally known for its fauna.  However, there was one animal that I knew I wanted to see before I moved back to the UK – the snow monkeys of Nagano.

We combined a weekend skiing in Shiga Kogen with a visit to Jigokudani Yaen-Koen to see the Japanese macaque. 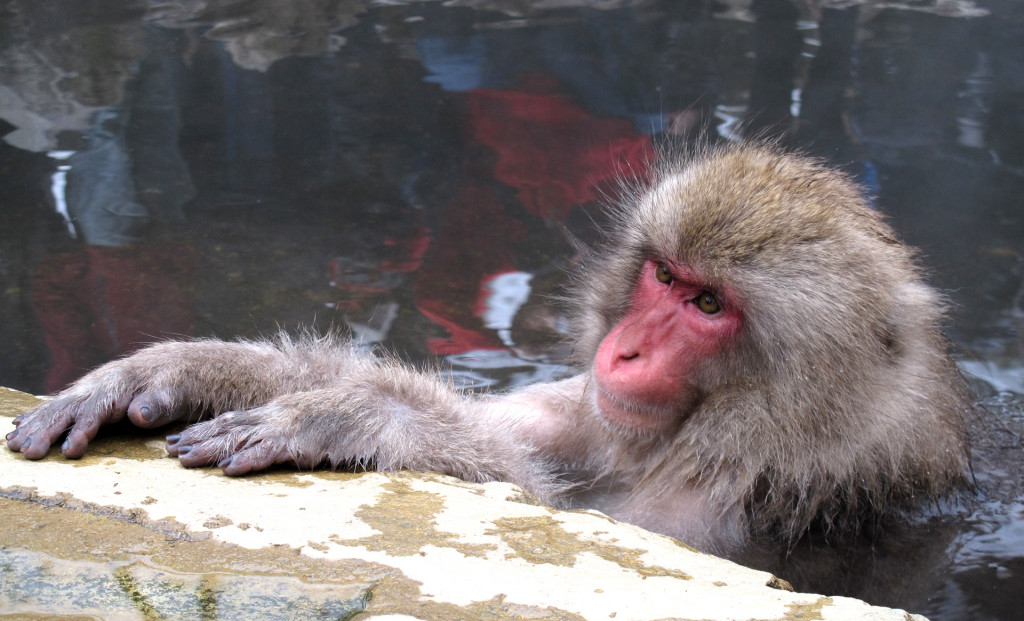 In the winter months the snow monkey seek refuge from the cold in the warm onsen, including the one within the park’s boundaries. 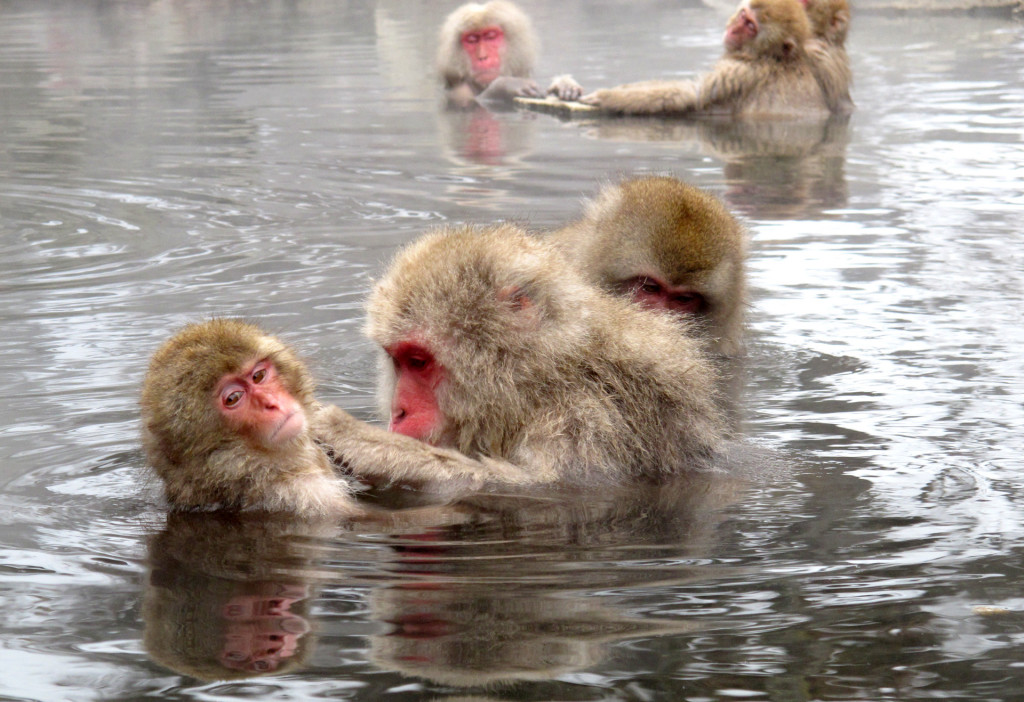 Although the park is maintained and open to the public, it is nothing like a zoo. The monkeys are free to roam throughout the park and come and go as they please, and the water bubbles up from natural hot springs. 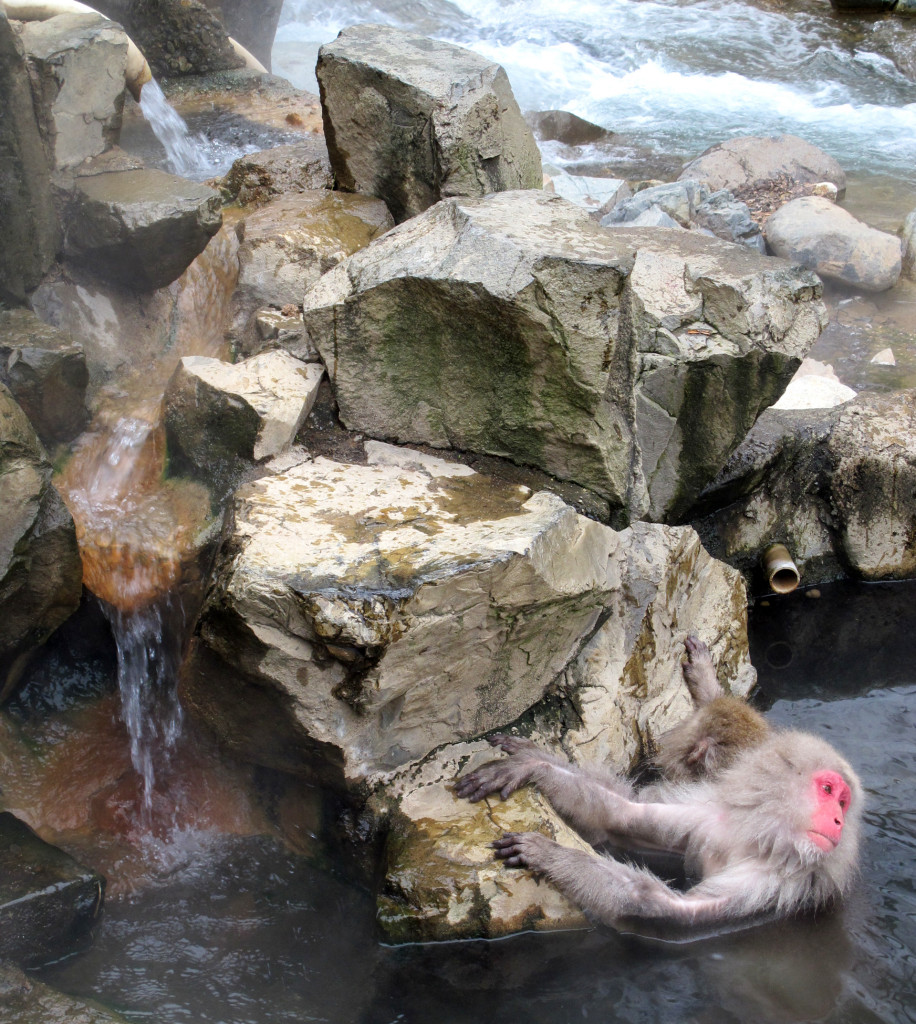 On the day we visited, as is generally the case throughout winter as far as I’m aware, there was quite a crowd in the onsen. 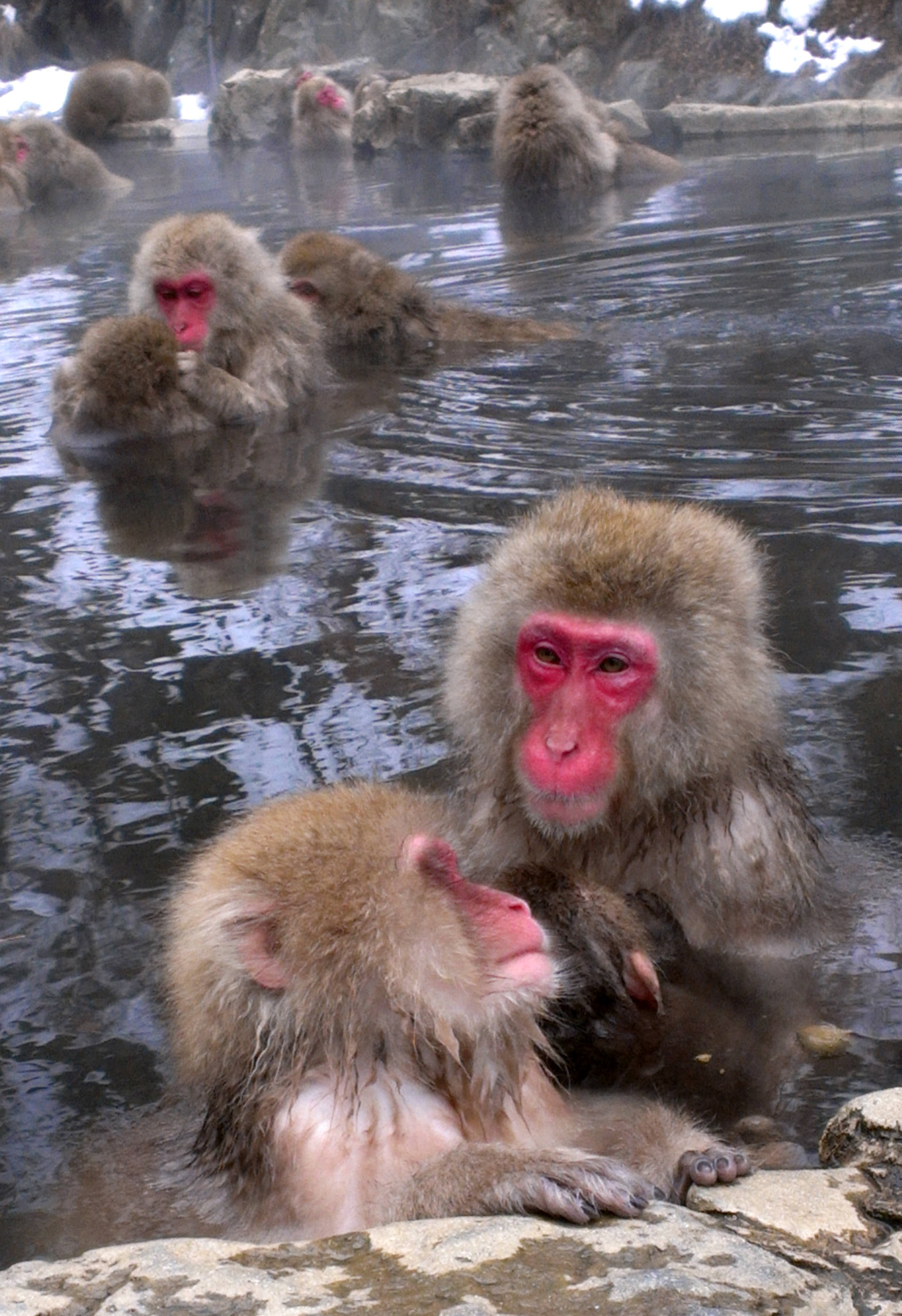 The snow monkeys were pretty soporific and seemed very unbothered by the crowds of people taking their photo! 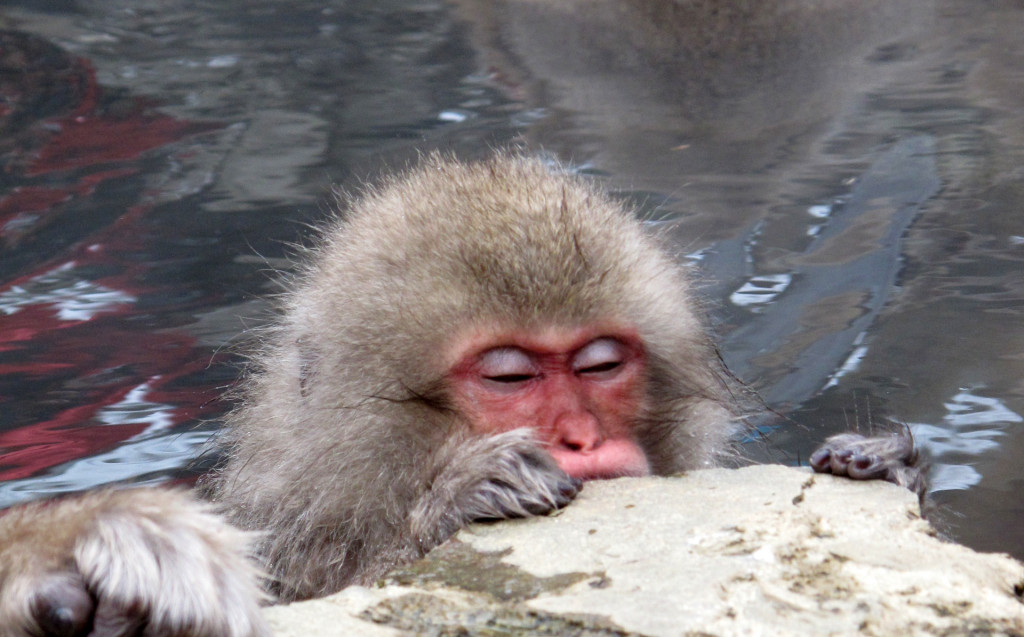 The park does feel pretty touristy but it was nice to see the snow monkeys in their natural habitat rather than in captivity.

Despite the number of people I really did come away feeling like I had experienced something totally different. I would definitely recommend a visit to the park to anyone who is in Nagano over the winter. 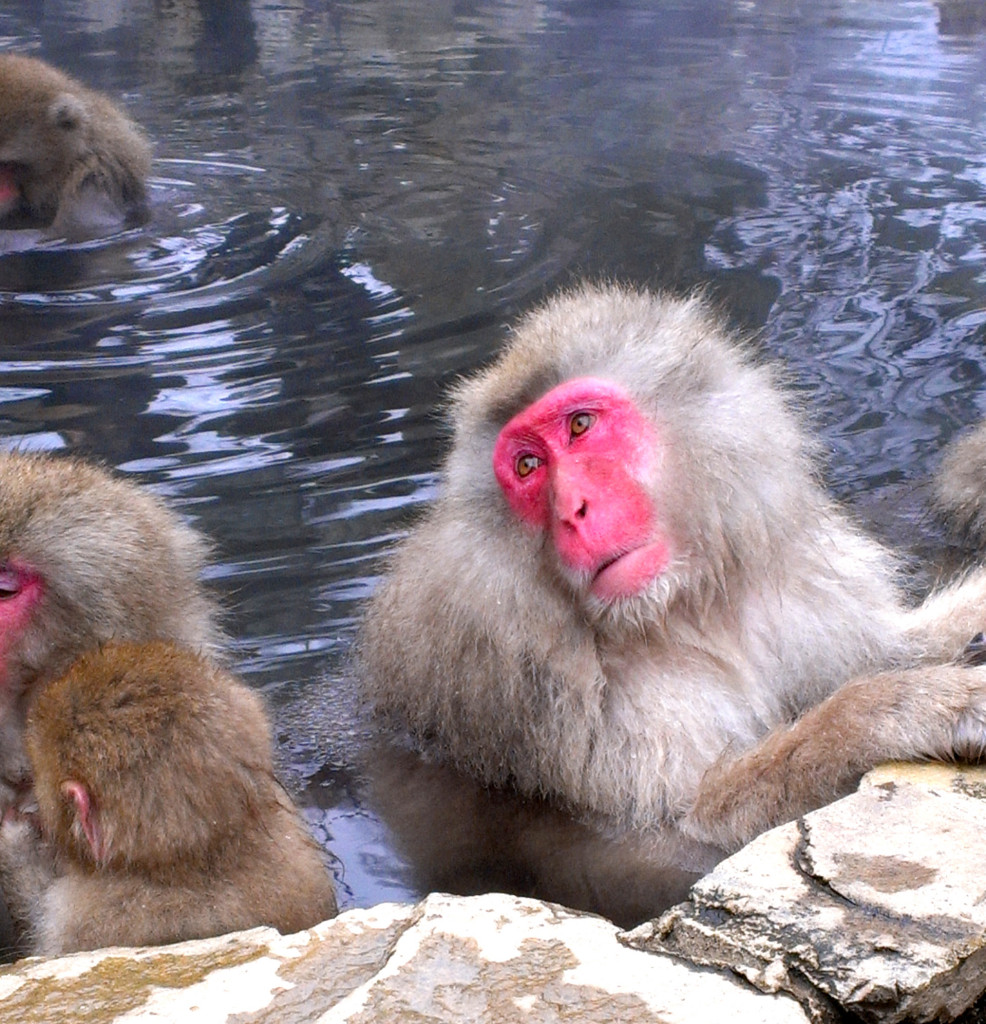 The park is at 6845 Hirao, 山ノ内町, 下高井郡, Nagano 381-0400, Japan and is probably best reached by car.  By public transport the nearest rail station is Yudanaka, from which you need to take a bus to Kanbayashi Onsen and then walk.